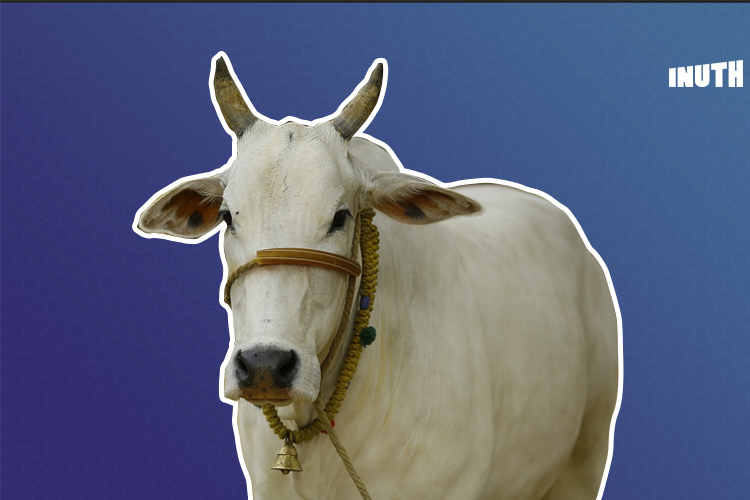 BJP leader, Suman Haripriya, from Assam has a remedy for COVID-19. “We all know that cow dung is very helpful. Likewise, when cow urine is sprayed, it purifies an area… I believe something similar could be done with gau mutra and gobar (dung) to cure coronavirus,” she said according to NDTV.

The remarks come at a time when the coronavirus outbreak, named COVID-19, has spiraled into a global threat. According to CNN report virus has infected more than 90,000 people across 73 countries and territories, including India. However, this is not the first time our leaders have suggested this golden ‘elixir’ has healing properties.

Here are all the times our political leaders and others suggested cow urine be used a ‘cure’.

However her claims were debunked after a surgeon from Ram Manohar Lohia Institue of Medical Sciences said that the BJP leader had undergone a bilateral masectomy for her cancer. “I operated on her first in 2008 at the Mumbai’s JJ Hospital when she had developed a tumour in the right breast. At that time, the report of the tumour was inconclusive. In 2012, the tumour recurred,” Dr. Rajput, who is also a general surgeon, told The Hindu.

2. The ‘positive cow’
Congress MLA Yashomathi Thakur said, “Our culture says if you touch a cow, all negativity will go away.”

3. It’s not just plants which give oxygen
Uttarakhand state assembly while passing a resolution in 2018 for declaring the cow the rashtra mata, made a baffling statement. Uttarakhand minister Rekha Arya who tabled the resolution went on to speak of the, “medicinal qualities” of cow urine, and claimed that the cow is the “only animal that not only inhales oxygen, but also exhales it”.

Scientists need to keep up and stop telling people that only plants exhale oxygen.

4. Breathing problems? Try massaging a cow
Uttarakhand Chief Minister Trivendra Singh Rawat also made similar claims when he said that cows are the only animals who inhale and exhale oxygen. He added that went on to say that massaging a cow can cure one of breathing problems, while living in close proximity with the animal can cure one of tuberculosis.

In case you happen to smell cow urine in government offices, don’t be surprised. In 2015, Union Minister Maneka Gandhi asked ministerial colleagues to opt for natural disinfectants made of cow urine instead of the “chemically bad ones” in government offices.
In a letter to her colleagues in the council of ministers, Gandhi proposed a switch to ‘gau-nyle’-cleaning liquid made from cow urine extract saying it’s environment friendly, reports The Times Of India

6. Desi vs foreign
Last year, West Bengal BJP Chief Dilip Ghosh said that Indian cow’s milk contain gold .”So the texture turns yellow or golden. This milk has preventive properties. A person can live on this kind of milk only. You don’t have to eat anything else. It is a complete food.” But according to him, it’s only the Indian breed of cows that have these advantages and the foreign breeds are ‘beasts’.

“The breeds of cows which we bring from abroad are not cows. They are rather a kind of beast. These foreign breeds do not look like cows at all. They are not our Gau Mata (mother) but our aunties. It is also not good for the country if we worship such aunties,” he said while addressing a gathering on the occasion of “Gopa Ashtami Karyakram” in Bardhaman, about 100 km from Kolkata.

Another staunch supporter of cow urine is Yoga guru and Patanjali founder, Baba Ramdev. In a viral video, he adds Betadine to water which turns red, after which he adds cow urine the solution, which he claims takes it back to its colourless state. Athough Baba Ramdev claimed that cow urine has a cleansing effect, but any urine could have apparent had the same effect say reports.

The sodium thiosulfate in urine reacts with the triiodide ion present in Betadine, to form sodium iodide, which is a colourless compound, reports The Wire.

According to Bloomberg report 2016, cow urine has tipped petrol prices and costs as much as milk now.

Patanjali is the biggest commercial buyer of cow urine. “Patanjali spends nearly Rs 1,50,000 on daily basis for procuring cow urine, used as a raw material for a variety of herbal and Ayurvedic products his company produces. The price of distilled cow urine is Rs 80-100 per litre making it costlier than petrol, sold at Rs 65-75 per litre,” India.com reports.

“Urine is a liquid produced by the kidneys to remove waste products from the bloodstream. Both cow and human urine are basically made up of water, urea, sodium, chloride, sulphate, phosphate, potassium, creatinine, ammonia, uric acid, etc. In effect, cow urine isn’t much different from human urine. Most prominent research institutions concerned with animal biology have no information on the record about the usefulness of cow urine. In fact, and on the other hand, some studies have suggested consuming cow urine can have toxic effects as well as precipitate infections and serious health problems,”  Arun Mitra, MBBS, MS (ENT surgeon), co-president of International Physicians for the Prevention of Nuclear War, told  Wire.