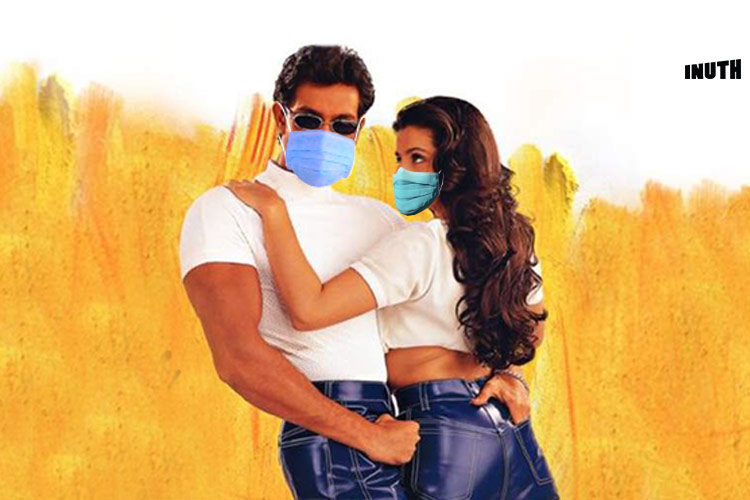 Oh Bollywood, how you never fail to amuse. At a time, when a majority of the world is in lock-down and there’s widespread paranoia… filmmakers are busy registering titles. According to a widely cited TOI report, Eros International has registered the titled Corona Pyaar Hai, a title that humourously riffing on Hrithik Roshan’s Kaho Naa… Pyaar Hai. Nevermind that the pandemic has claimed thousands of lives in the last few months across the globe, and is the number one reason behind bring everything to a standstill.

When asked to comment on this, producer Krishika Lulla reportedly said, “Currently the scripting is going on. The subject (of the epidemic) is going to be set in a love story. Currently, we are fine tuning the script and are waiting for things to subside, as things have come to a standstill now. Once everything is normal, we will start the project in full swing.” Repeated attempts were made to reach out to Eros International, but a representative refused to comment on the matter.

This is not the first time that Hindi cinema has put aside its empathy to cash in on something as devastating. Remember the time, when Bollywood rushed to register titles like Pulwama Attack, Balakot, Surgical Strikes 2.0, which was shortly after the blockbuster success of Vicky Kaushal-starrer, Uri: The Surgical Strike. So much so that, Sanjay Bhansali announced a film on P.O.W Abhinandan Varthaman barely four days after he was released by the Pakistani armed forces? Not just this, Bollywood also birthed a rat-race during the abrogation of Article 370, where titles like Kashmir Humara Hai, Article 370 were registered.

There have been murmurs around the IFTPC (Indian Film & Television Producer’s Council) that another title, Deadly Corona, has already been registered. It’s understandable that Bollywood is full of hustlers who are living embodiment of the Apna Time Aayega mantra, but some sensitivity won’t hurt… no?