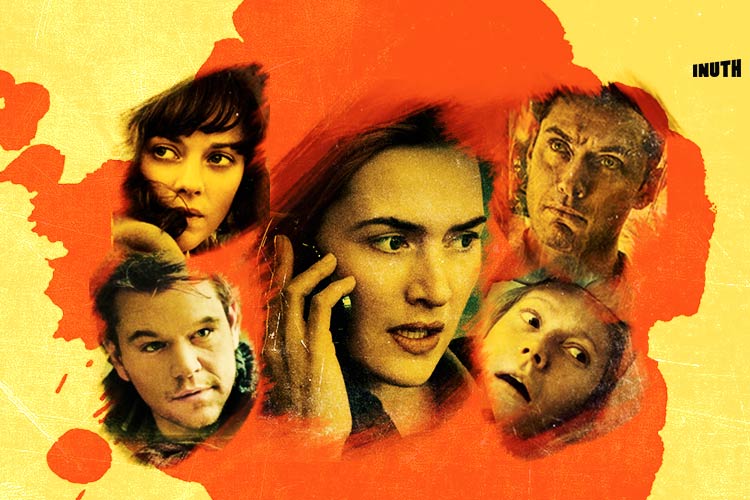 It’s been a little over a month since COVID-19 spread rapidly around the world, bringing life in several nations to a halt. As jokes about social distancing and introverts took over social media, there was also a Hollywood film that came back into the public consciousness. When Steven Soderbergh’s Contagion came out around nine years ago, it got its fair share of acclaim, a more-than-favourable 85% score on Rotten Tomatoes, and total earnings of nearly 2.5 times of its budget. It was a ‘successful’ film in every aspect of the industry definition, but it was also largely forgotten.

Released about eight years after SARS broke out, and two years after the effectively-controlled H1N1 flu (by the standards of epidemic casualty numbers), the film probably didn’t have an impact on many… until recently. When the conversation about touching their face resurfaced. “An average human being touches their face about 2000-3000 times a day,” bemoans Kate Winslet’s character in the film, playing a scientist running against time to understand and find a cure for an unnamed virus. The 2011 film just got ‘too real’, didn’t it?

Broadly classified as a ‘Sci-Fi/Medical thriller’ with a bunch of characters trying to save the human race from annihilation, Contagion is very *Hollywood* in the way it cuts between characters in a frenzy, dials up the tension, exaggerates the fatality rates of its fictitious virus to riddle its characters (and as a result the audience) with more paranoia. Just the way the camera lingers on a glass, a credit card, a pole or even a handshake for a few seconds longer than it probably should. But there’s more to Soderbergh’s film. There’s effective commentary on the world’s inequalities, on corporate greed, humankind’s relationship with nature, making it one of the holistic thrillers of our times. Contagion is scary to watch in the current climate because of how effectively it shines the light on human nature, showing how it ‘mutates’ in the face of adversity. It also wants you to see the sheer injustice meted out to those with fewer means, especially in a time like this.

For a film with an ensemble comprising familiar faces like Matt Damon, Gwyneth Paltrow, Marion Cotillard, Jude Law, Kate Winslet and Laurence Fishburne, it’s easy to miss a John Hawkes. Playing the role of a janitor at the CDC facility, where Fishburne’s character is the top-boss, Hawkes’ character overhears Fishburne warning his partner about the impending epidemic. Hawkes’ stare of betrayal, embodies all of the 99% looking the 1% in the eye. When Winslet’s character falls sick because of the very virus she’s trying to cure, and is requisitioned for an air-lift, the Admiral (Bryan Cranston) tells Fishburne that there are no choppers available because a ‘Mayor’ is feeling a bit under the weather. A health professional in Hong Kong abducts a WHO official (Marion Cotillard) so that she can get his fellow villagers from China ‘to the front of the line’, when the vaccines start rolling out. There are several mentions how countries like the USA and UK are ‘in bed’ with the WHO, secretly developing a vaccine, something the developing nations will be privy to only after the fatalities have hit through the roof.

BuzzFeed has compiled a list of similar differential treatment between the average human being and the privileged during the ongoing menace of COVID-19. Where some have been lying in hospital wards for weeks on end waiting for a test kit to be made available, the likes of actors and NBA athletes are being delivered test kits to their homes. In times like this, how does one life become more valuable than the other? Instead of just panic, your key takeaway from Contagion should be whether or not a corrupt human psyche is any less than a disease.

Speaking of corruption, a notorious blogger (Jude Law) preys on the public’s fear by suggesting a homeopathic ‘cure’ for the virus. Soderbergh delivers another ‘truth moment’ where Law’s character watches a journalist he knows, die after being unable to procure the homeopathic drug. How quickly a ‘queue of civilised individuals’ can turn into a mob vandalising a store, stealing its supplies, prompts the question: does a deadly virus even measure up in front of a human race that has abandoned all civility? 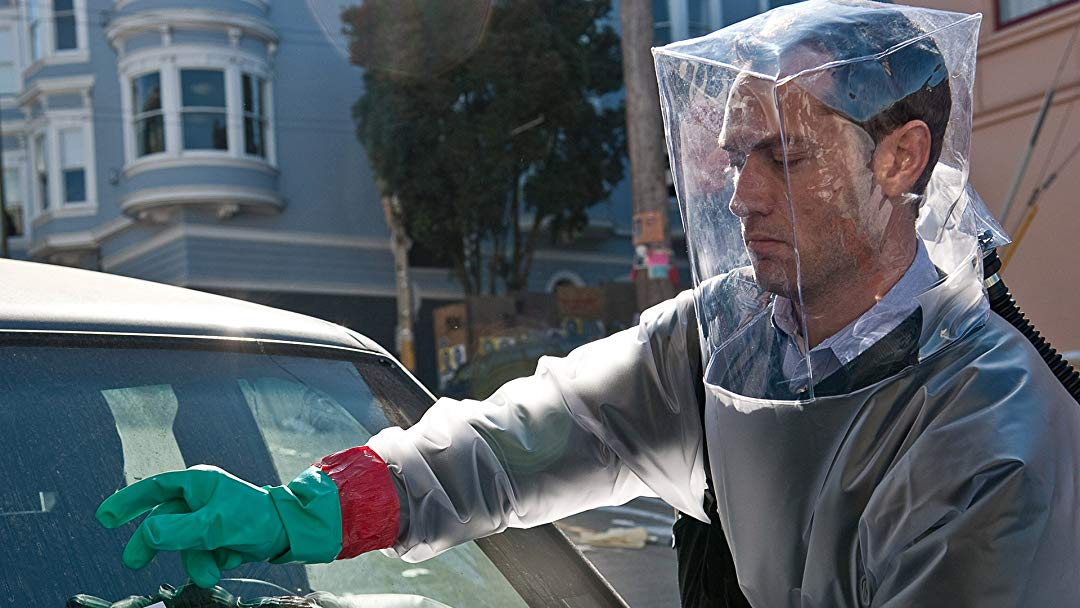 For all its cynicism, Contagion remains true to telling the stories about ‘heroes’ doing the right thing. Fishburne’s character gives his vaccine to the janitor’s son, arguably out of guilt. Staring death in the face, Winslet tries to slide over her jacket to the shivering patient beside her. Cotillard’s character, who runs out of the airport upon finding out that an entire village in China has been given placebos in the name of ‘real’ vaccine. Contagion isn’t merely designed to fill you with fear and paranoia, it’s also meant to make you listen and learn. In times like these, if our only take-away from Soderbergh’s film is to hoard supplies for the next 5 months, instead of engaging with its larger message, then it would only reflect on our bluntness as a race. Oh yes, the film touches upon that too.