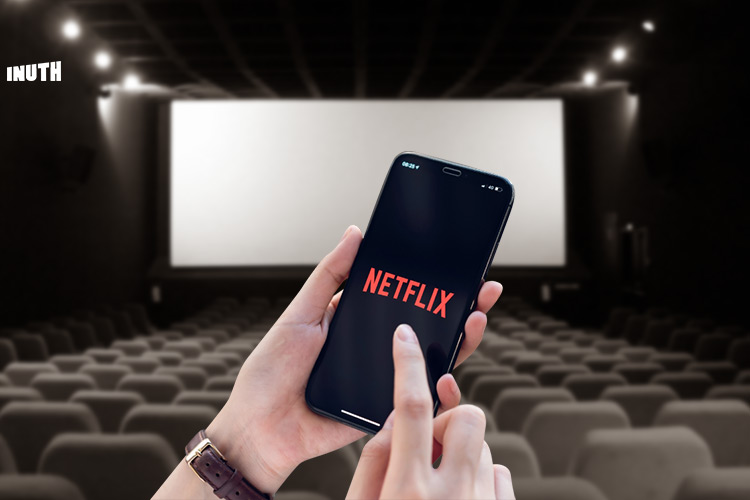 On May 9, when the producers of Pushpendra Mishra’s Ghoomketu (lying in the cans since 2015) announced that the film would stream on Zee5 on May 22… nothing is said. A few days later, the producers of Gulabo Sitabo reveal that the film will release directly on Amazon Prime on June 12. There are murmurs that a few other films (regional & Hindi) including the Shakuntala Devi biopic would follow suit. All hell breaks loose.

You can never run out of fun if YOU are the FUN! Watch @Nawazuddin_S play his quirkiest and funniest role on screen till date, in #Ghoomketu, right here on #ZEE5.

INOX puts out a statement that seemed to worded to sound like a jilted lover’s letter in Bhatt film. Mocked by many on social media, INOX’s letter is followed by a few more sombre statements by PVR and Carnival Cinemas, both of whom express ‘disappointment’ in the producers for going ahead and choosing an OTT service instead of riding out this difficult period with them. An Ayushmann Khurrana film, well… one can understand why that would be a big deal. A Vidya Balan film too? After Tumhari Sulu and Mission Mangal, it’s probably fair for the multiplexes to rue about missing out on a Vidya Balan film. It’s understandable why the theatre owners will be protective of their pie, which monopolised the release of a film, causing films like Ghoomketu and Shoojit Sircar’s (still unreleased) Shoebite to lie in the cans for so many years.

Earlier, if your film didn’t play on the big screen, it was like it never even got made. Now, there is an option. A streaming platform will gladly pick up a medium-budgeted film that will guarantee a minimum number of eyeballs based on the subscriptions of the streaming service. Even though the likes of Netflix, Amazon and Hotstar (now Disney Plus Hotstar) have been around for a handful of years, they haven’t been aggressive about original film programming. Netflix has produced odd films like Shirish Kunder’s Mrs Serial Killer, and acquired modestly budgeted films like Upstarts, Bun Maska and Drive. While Amazon Prime and Disney Plus Hotstar have taken part in the bidding war of the latest Hindi films like Chhapaak, Thappad and the likes.

The precedent for direct-to-digital films before this was Tarun Mansukhani’s Drive and Homi Adajania’s Angrezi Medium (which was streaming within a couple of weeks of its theatrical release marred by Covid-19). Streaming platforms are where your film would go, if it wasn’t considered good enough for the theatres. However, the pandemic has forced the hand of film industries across India. Medium-budgeted films like Jyothika-starrer, Ponmagal Vadhal, Ayushmann Khurrana’s latest and the Shakuntala Devi biopic have been announced to be the first-of-their-kind films made for the theatre, which will now be releasing on a streaming platform. With the future of multiplexes looking shaky for the next few months, there will be a host of unreleased films that will be fighting for a limited number of screens and weekends, once the multiplex services resume later in the year. For films made on a tight budget, selling it to an OTT platform for a premium might ensure that the producers at least recover their costs.

It’s important to note that big ticket films like Ranveer Singh-starrer, ’83, and Akshay Kumar-starrer, Sooryavanshi, are most likely wait for the big screens to open up. These films cost a hefty sum, and it doesn’t make any economic sense for a streaming platform to shell out 80-100 crore for a film right now. Also, let’s not kid ourselves here: going to the theatre is still a families/couple’s idea of an outing. There’s good reason so many of the big-chit films are strategically planned to release during the festivities – Eid, Diwali or Christmas.

For Netflix to spend astronomical amounts to acquire a film, Akshay Kumar would have to be as well-known as Will Smith, or Rohit Shetty would need the repute of Martin Scorsese with a potential for multiple Oscar bids. An 83, Sooryavanshi or a Brahmastra will always be there for the theatre owners to rake in the big currency. The multiplex owners might be enduring heavy operational losses right now after losing out on nearly one quarter (at the very least). But it can be comfortably stated that once the theatres are back in business, a population held in lockdown for months, will automatically rush to multiplexes once lockdown lifts, resulting in a surge in occupancy inside theatres.

What this pandemic has done after all is, that it has disturbed the clout that the likes of PVR, INOX and Carnival have enjoyed in India till date. A filmmaker would usually be at the mercy of the distributors, for a film’s release. Now there are more players. Just like the theatres, there are more than a handful of streaming platforms outside of the usual — like Mubi, Moviesaints etc. This only means one thing for aspiring filmmakers, there are more places to buy a film you might have made… giving a further chance for budding filmmakers to recover their investments in a film. Even if it doesn’t help you monetarily, a platform for your film could result in future work, and that might automatically result in more films. As the theatre owners and OTT platforms fight over the right to exhibit cinema for the public, there couldn’t be a better time to be a filmmaker in India.