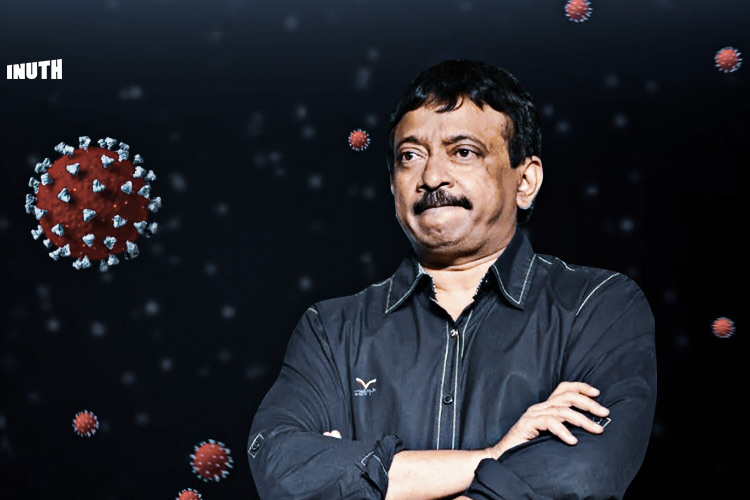 Ram Gopal Verma or RGV is back with another one of his stunts. With his directorial career strictly in the sewer for more than a decade now, RGV hasn’t stopped trying. From parodying one of his earlier films Main Madhuri Dixit Banna Chahti Hoon into Meri Beti Sunny Leone Banna Chahti Hai, to making a film with adult film star, Mia Malkova, for which he shot a comical ‘action sequence’ featuring himself, he’s done it all.

RGV has been making a fool of himself for a while now, but this Coronavirus trailer is a new low. The trailer claims to be India’s first ‘shot-during-lockdown’ feature film. However, one look at how the shots in the 4-minute trailer, featuring most of his patented low-angle shots, it does seem quite unbelievable that that camerawork is of an amateur. Seems like someone disobeyed the rules of lockdown to cash in on the paranoia!

Also, he seems to have gone full-fledged hysterical on characters diagnosed with Covid-19. In the film, the family’s daughter seems to have caught the virus, where all family members steer clear of her, instead of getting her tested at the nearest hospital. They stare at her like she’s slowly turning into a zombie. At a time when the general public is already on edge, where they’re harassing doctors and fellow residents out of fear, a film like this couldn’t have been more ill-timed.

Verma’s extremely distasteful choices as a filmmaker have been visible for a few years now, but this trailer is the pits. Remember when he paid a visit to the Taj hotel, after using his contact in Riteish Deshmukh (son of then CM Vilasrao Deshmukh), a day after dozens were massacred in the hotel? Verma couldn’t contain his itch to turn the trauma of hundreds into a substandard film. From there, Verma has graduated into someone who cashes in on the trauma of millions, to manufacture more panic amongst the already nervous general public.

We haven’t seen the film yet, but if the trailer is any indication, this is only going to be the loud, sensationalist version of the truth about the pandemic. He couldn’t even wait to make a (relatively) scientific film on the virus. That’s because he wants nothing to do with the truth. He only wants to announce himself as a ‘path-breaking’ filmmaker.  RGV is many things right now… but calling him a ‘filmmaker’ is a stretch.