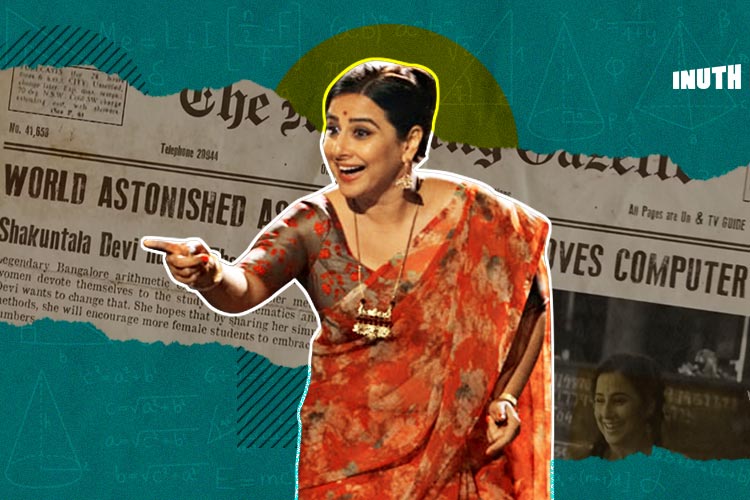 There is a frenetic pace to Anu Menon’s Shakuntala Devi. Her (lost) childhood, her unconventional equation with both parents — one she felt abandoned by as the other ‘treated her like a bank’ — her meteoric rise to fame, her absolute command over not just numbers, but her audience, her bestselling books — almost everything Shakuntala Devi achieved is trapped in comic book-like vignettes. The screenplay by Nayanika Mahtani and Anu Menon, feels like it was written for an audience with a suspect attention span.

So condensed are the events before the ‘main show’ begins, that despite the tragedy that plays out onscreen, everything feels at once dramatic and emotionally devoid. In trying to make the mother-daughter conflict the focal point, the biopic ends up taking the sinner-saint route, eventually glossing over some rather huge contributions Shakuntala Devi made.

The story begins in Karnataka, where young Shakuntala’s (Vidya Balan) genius is discovered accidentally, leading to her father taking her to the local English medium school. No, not to study, but to showcase her extraordinary mathematical skills. A young girl who never went to school but could solve complicated math sums in her head, turned out to be a crowd puller. At one point, young Shakuntala tells her mother that being the sole earning member, she is the real ‘father’ of the family. Both as a young child and as an adult, Shakuntala’s disdain for her parents, for her ‘manager-father’ (Prakash Belawadi), and for her passive mother (Ipshita Chakraborty Singh), is made clear in no uncertain terms.

The film soon moves from India to London, and if you thought the opening segment was fast-paced, hold on to your pajamas for this bit. A Spaniard, Javier (J-Silent) makes his entry, and a song and a dance later, myself-Shakuntala-from-India transforms into Shakuntala The Human Computer. Only Vidya, with her exquisite ability of making even over-the-top histrionics seem enjoyable, could have pulled this one off. But not even she can hide how, in the film, Shakuntala’s journey as a brown woman becoming wildly successful in a white society, is reduced to yet another blurb.

The central conflict of the film: Shakuntala’s descent into becoming the exact type of parent she ran away from, starts off as intriguing but as the film refuses to move on, it ends up giving the flaws of the mother precedence over the courage of a woman in the 50s, who not only knew her mind, but never failed to follow it.

But the most disappointing track of the film has to be how her marriage to Paritosh Banerji (Jishu Sengupta) is dealt with. The film was made with the blessings and the help of Shakuntala’s daughter, Anupama Banerji (played by Sanya Malhotra in the film), but carries a ‘creative liberties’ disclaimer, so which version of Shakuntala Devi’s life are we to believe? The one which openly, and proudly, supported the gay community or the opportunist the film portrays her to be? If the latter is how matters actually stood, what an absolute blow to her legacy. 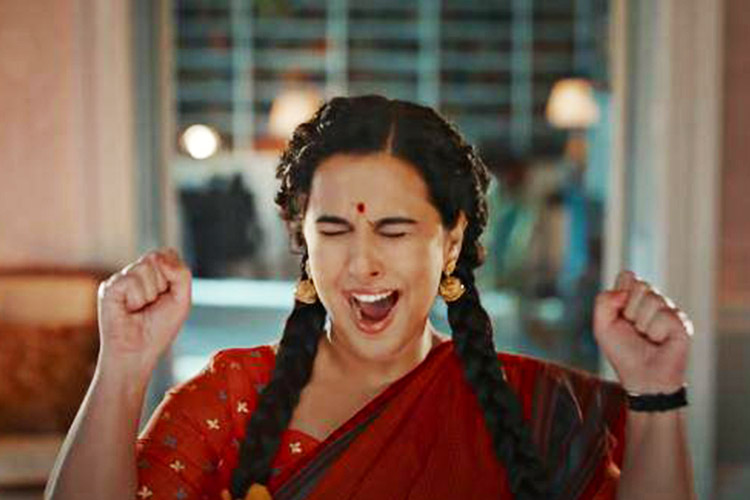 The film is made watchable purely because Vidya Balan makes it so. Her command over her audience is such that even in scenes undone by its frenzied pace, she holds your attention. Sanya Malhotra, who plays a daughter struggling to grow under her mother’s enormous shadow, seems effortless, while Amit Sadh, plays the loving, (and shockingly supportive) husband without any hiccups.

The dialogues (at times quite a mouthful) have been written by Ishita Moitra, the last of the female director-writer triumvirate. The best line she wrote in the film? The scene where Paritosh (Jishu) tells Shakuntala that ‘he cannot live outside Calcutta beyond four days’. A more honest description of Kolkata Bengalis does not exist.