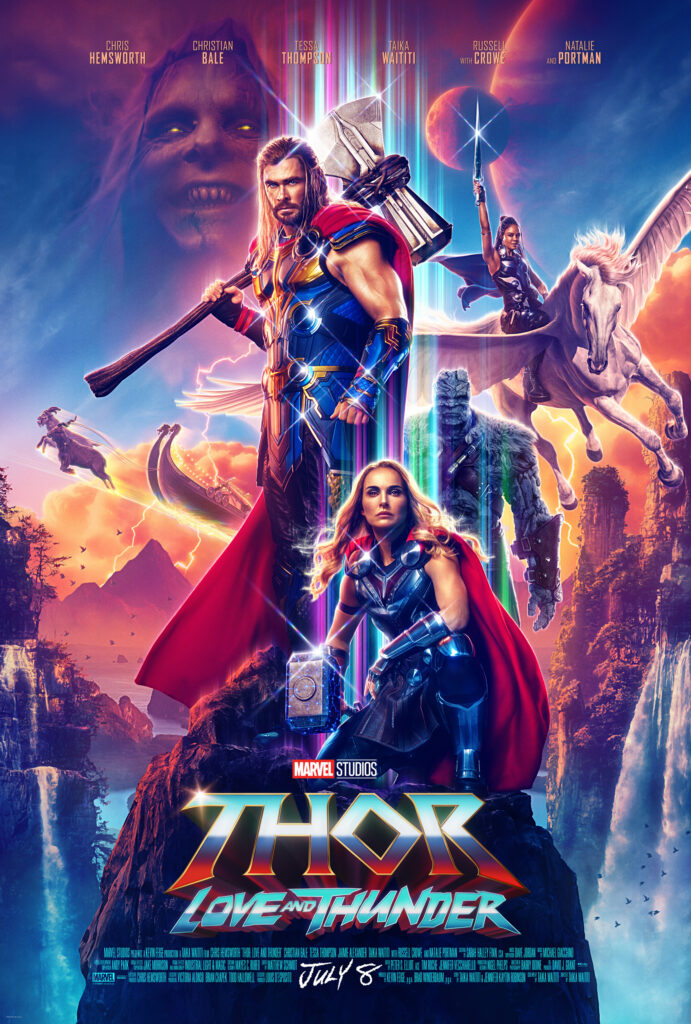 I love some Taika Waititi! The Oscar-winning filmmaker has a perfect touch, balancing drama and humour. And that touch is on full display in “Thor: Love and Thunder.”

A man (an unfamiliar bale) wanders in the desert, trying his best to protect his young daughter from the elements. He comes to a beautiful, lush heaven only to realize that the god he has worshiped is of no use to him. Realizing that he has been abandoned, he declares, “All the gods must die!”

“Thor: Love and Thunder” re-introduces audiences to the “Thor” saga through the finest cast at the local theater in New Asgard. We learn about their adventures as well as their heartache, most notably Doctor Jane Foster (Portman), the true love of Thor’s life. As word of the “God Butcher” spreads, Thor enlists King Valkyrie (Tessa Thompson) to help end the slaughter. And, thanks to Thor’s hammer, Mjolnir – I finally know who to pronounce it – Jane joins them. My comic book-loving friends are going to hate me, but for lack of a better name, Hammer turns Jane into Lady Thor/She Thor (I believe she’s just Thor in the comics). Is). Mjölnir’s return pleases Thor (the original Thor), but it also causes some friction between Thor and his axe, Stormbreaker, which is a great comic touch in a very dramatic film.

Like all MCU movies, the cast here is pitch-perfect. Hemsworth and Portman have great chemistry, which makes their romance pretty believable. Christian Bale is tragic as a man whose faith – and life – has been shattered by the gods. Supporting performances by Thompson, director Waititi and Russell Crowe are just as solid. The visual effects are, of course, top notch, and the soundtrack cranks up the rock and roll!

A powerful and emotional rollercoaster, “Thor: Love and Thunder” is a must-see this summer!