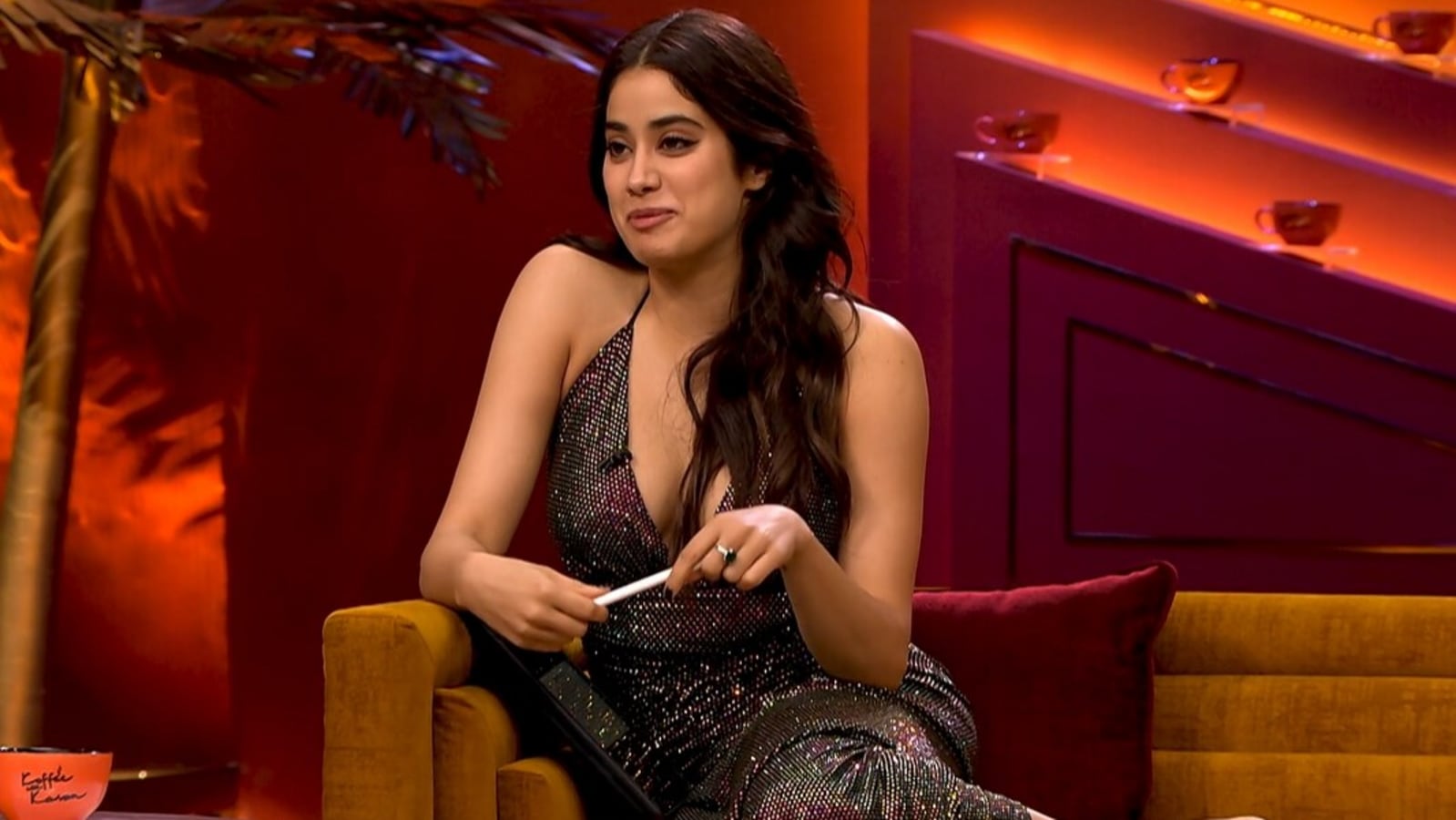 In the latest episode of the seventh season of Karan Johar’s chat show Koffee With Karan, Janhvi Kapoor and Sara Ali Khan were sitting on the coffee couch. Both the actors confessed to flirting to escape a difficult situation as they took part in a new game that Karan introduced this season. Janhvi also confessed to flirting with a teacher. Read also| Karan Johar says Janhvi Kapoor, Sara Ali Khan dated brothers

In the bingo game, where Jhanvi and Sara had to go round the things done in the list given by Karan, both of them said yes to flirt. Janhvi continued, “With a teacher. And he definitely had a crush on me. I had forgotten his name. But he was bald and had a punch and he was so cute.”

Janhvi revealed that she flirted with her teacher when she got into trouble for attendance. He said, “I said ‘Sorry sir. I’m really sorry. Next time it won’t happen.’ And then he said, ‘Your eyes are beautiful,’ and I said, ‘Really?’ And then he said, ‘Disney eyes, that’s what I’m going to call you.’ And then they called me Disney Eyes all year.” Sara Ali Khan said about her experience of flirting, “I do it often. Because usually, I am in trouble because I have said something offensive.”

Karan Johar also revealed about Jhanvi and Sara’s dating life in his chat show. He said that the actors once dated two brothers who lived in Karan’s building. Sara also confessed her crush on Vijay Deverakonda in the episode.

The first episode of the new season of Koffee With Karan featured Alia Bhatt and Ranveer Singh. In the next episode, Aamir Khan will also be seen on the coffee couch. Akshay Kumar will join the chat show Samantha Ruth Prabhu, Shahid Kapoor along with Kabir Singh co-star Kiara Advani; Anil Kapoor with his Jug-Jag Jio co-star Varun Dhawan. Ananya Panday, Kriti Sanon, Tiger Shroff among others will also make guest appearances.