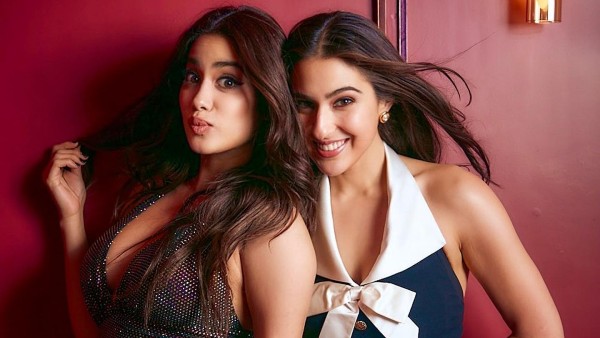 Actresses Sara Ali Khan and Janhvi Kapoor are the next guests to grace the couch of Karan Johar’s talk show Koffee With Karan Season 7. Recently, Karan shared the teaser of his episode and left netizens raving about it. During a conversation with Karan, Janhvi and Sara recall a horrific incident at Bhairavnath and share their near-death experience.

Sara said, “We decided to go to Bhairavnath and walk was a normal route. But we thought ourselves better. We opted for hike instead. The bus was seventy five degrees of rocks and Janhvi is like we just walk. Climb it.”

Sara further added that even though she had an idea that this was a bad idea, she echoed Janhvi’s idea and went ahead with the plan, only to regret it later. Sara also admitted that she did not want to be in the discussion.

However, there were also instances in which he was sure that he would fall due to unstable rocks. Luckily, Sara and Janhvi are later traced and rescued by the former’s driver.

Janhvi, on the other hand, shared another unpleasant experience while traveling with Sara, and recalled how

atrangi re
The actress’s choice of having a low-cost no-heater hotel in Kedarnath put her to death.

Janhvi shared, “I traveled to Kedarnath with two thermals, a puffer jacket, three shawls, two track pants and two sweaters. Karan, I wore every single piece of clothing I had and was still shivering.”

Well, we can’t wait to see him reveal more about his life in Koffee With Karan Season 7, which will stream on Disney+ Hotstar today at 7 PM.