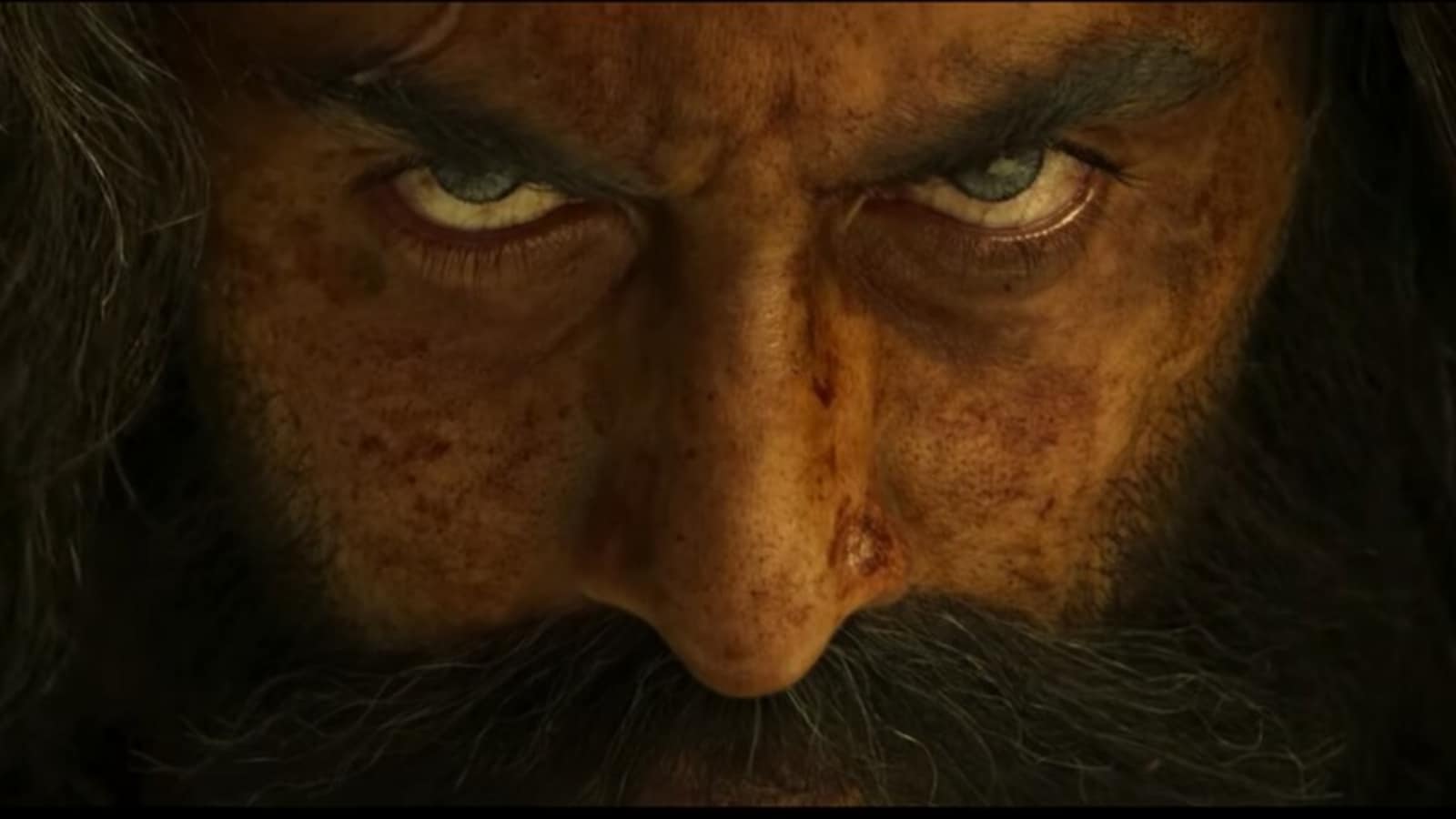 Yash Raj Films on Friday released the title track of Ranbir Kapoor starrer Shamshera. Ranbir starred in a fiery avatar in the Shamshera music video as he fulfills ‘Ek Father’s Legacy’. Ranbir played the first dual role of his acting career in Shamshera, which featured him as both the titular character and his son Balli. Read also| Shamshera Song Fitoor: Ranbir Kapoor, Vaani Kapoor Romance On Sand, Under Water

The music video of Shamshera features Ranbir as the fun-loving Balli after he is told that he has the blood of the ‘fearless’ Shamshera. The video alternates between Shamshera and Bally at different times, both leading their followers, looting from the rich, and giving it back to the poor. Ranbir, who makes his first action film with Shamshera, fights the British as Shamshera and with Sanjay Dutt’s guard Shuddh Singh as Balli.

The music video also features Vaani Kapoor in some scenes. At the end of the video, Balli is in tears remembering her father. As Balli turns into a version of his father Shamshera, the phrases ‘a father’s legacy’ and ‘a son’s destiny’ appear on the screen.

The track is composed by Mithun and sung by Sukhwinder Singh and Abhishek Nelwal. Mithun has also written the lyrics of the song. Earlier two more songs of the film were released. Aditya Narayan’s Ji Huzoor featured Ranbir doing Bali dance with kids, while Arijit Singh and Neeti Mohan’s Fitoor showed him romancing Vaani Kapoor’s Sona.

Shamshera will hit the theaters on July 22 in Hindi, Tamil and Telugu languages. The period entertainer, set in the fictional town of Kaza in the 1800s, tells the story of Shamshera and Balli, who fight tirelessly for the freedom and honor of their clan. Sanjay Dutt plays the antagonist – a brutal and corrupt cop named Shuddh Singh. The film is directed by Karan Malhotra.