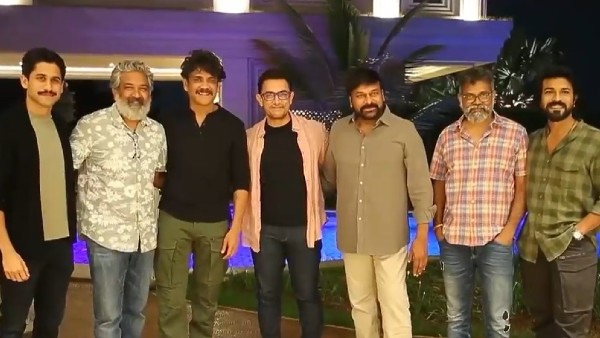 Aamir Khan is currently on a spree as the star is busy executing his dream project,

Lal Singh Chaddha
The actor is going in and out in every possible way, making it a point that the film reaches out to a massive audience.

Chiranjeevi recently shared a short video on his social media, which had glimpses of the team’s tour of his home. Talking about the same, the star wrote a heartfelt note saying –

“A chance meeting and a small interaction with my dear friend #AamirKhan @Kyoto Airport – Japan a few years back attracted me, due to which I became a part of his dream project #LalSinghChadha. Thank you #AamirKhan at my home But your warm gesture for the special preview made my heart happy. Above all, what a wonderful film you have made!! 🙏 Such an amazing emotional journey!!”

Meanwhile, the team of

Forrest Gump.
The film will release on August 11.