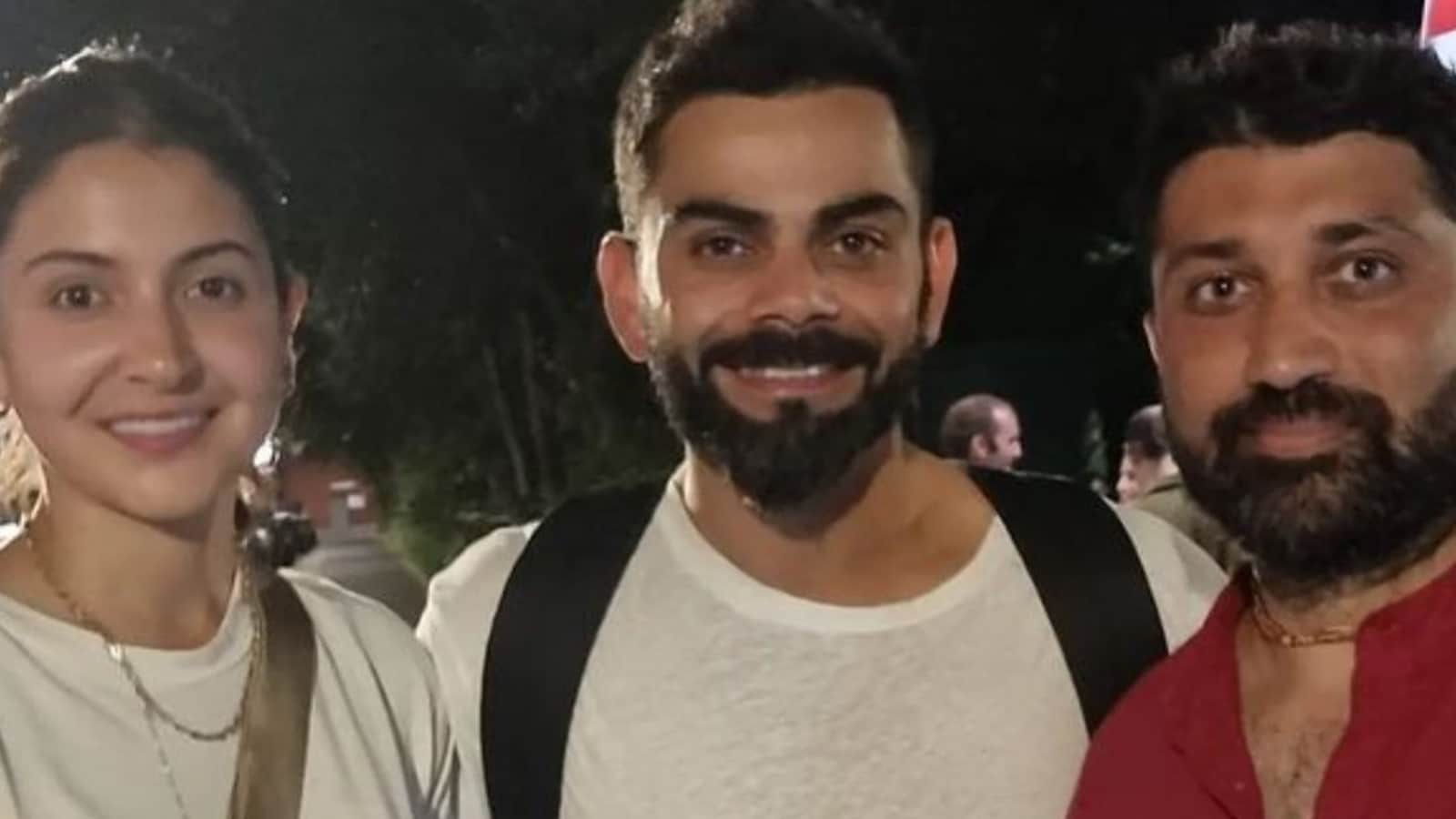 Actress Anushka Sharma and her husband-cricketer Virat Kohli attend a musical performance by American singer Krishna Das in London. Taking to Instagram, a person shared pictures as the couple interacted with their fan at the event. He also posed for a picture with a fan. (Also Read | Anushka Sharma starts shooting for Chakda Express, Virat Kohli reacts,

In a photo, Anushka was sitting with Virat at the event. One person sat beside them while sharing the conversation. A woman also appeared while listening to their conversation. The celebration took place on 14-15 July at the Union Chapel in London.

In another picture, Anushka and Virat Kohli smile as they pose for the lens with a fan. Both Anushka and Virat opted for casuals for the event. Anushka wore a cream colored top and denims while Virat wore a full-sleeved white T-shirt and pants.

Several pictures and videos posted on Instagram also show Anushka and Virat walking the streets of London with their daughter Vamika. In one of the photos, Virat pushed a stroller as Anushka was seen behind him. Virat has been with the Indian cricket team in the UK for some time, which is playing a series against England there.

In another photo, Virat talks to a man as Anushka is following him. Anushka wore a colorful shirt with denims, sneakers and a bowl hat. He also had a fanny bag with him. Virat opted for a black T-shirt, gray denim and white shoes. One clip also shows the family enjoying a walk.

Anushka will next be seen in Prosit Roy’s Chakda Express. The film is a sports biopic film based on the life of former Indian cricketer Jhulan Goswami. It will stream exclusively on Netflix.

She will be playing a cricketer for the first time in her career and she announced her comeback film with a special announcement video in early 2022. Anushka’s brother Karnesh Sharma will produce Chakda Express with his home production company Clean Slate. Films.