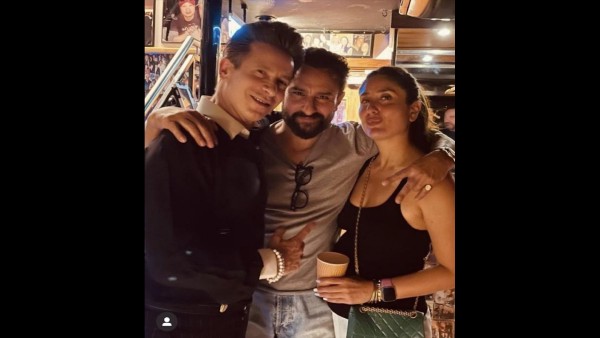 Kareena Kapoor Khan is currently holidaying in England with her family. However, a recent picture of Kareena and Saif Ali Khan posing with their fans in London is going viral on the internet, as it has fueled the rumors of the actress’ pregnancy. What caught everyone’s attention was his belly which clearly looked like a baby bump.

There are also some other pictures in which Kareena is trying her best to hide her belly with her sister Karisma Kapoor and friend Amrita Arora. Although the truth of these pictures is not yet known, but on social media people have started asking questions about the growing family of Kareena-Saif.

Netizens were shocked to know that Bebo has been cleverly trying to hide her stomach in all her holiday pictures. This has only added to the speculations. Some people even trolled Saif and Kareena for having their third child.

On the professional front, Kareena will soon be seen opposite Aamir Khan

Lal Singh Chaddha, which is set to hit the theaters on August 11, 2022. The much-awaited Bollywood film, which is the official remake of Forrest Gump, also stars Mona Singh and Chaitanya Akkineni in lead roles. Kareena recently shot for a Netflix film with Sujoy Ghosh, co-starring Jaideep Ahlawat and Vijay Varma.