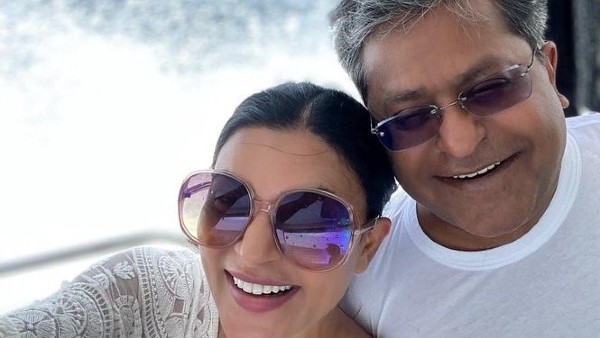 Ever since Lalit Modi made his relationship with Sushmita Sen official on social media last week, the internet has been having a field day with jokes about the couple on social media. Lalit in his post shared pictures from his recent trip to Maldives with Sushmita, clarifying that they are just ‘dating’ and not married yet. However, netizens were quick to point out that he had tagged Sushmita’s parody account and she soon became a target of trolls.

Now, Lalit Modi has shared another lengthy note on Instagram to address the brutal trolling and various other allegations and rumors surrounding his personal and professional life.

He shared a bunch of throwback pictures with Sushmita and wrote, “Why is the media so obsessed tagging me 4 wrong. Can anyone explain – I only did 2 pics on insta- and the tag is right I guess we’re still living in the middle ages that 2 people can’t be friends and then if the chemistry is right and the timing is good- magic can happen. I guess because they suit no responsive in our country No, every journal is trying its best to be #arnabgoswami – The biggest joker.”

Modi also offered an explanation for the rumors about his late wife, with Minal saying that she was his best friend for 12 years while he was married. He said that malicious gossip has been spread by vested interests. He further added, “It’s time to get out of this #crabmentality – hope you know what that means. Enjoy when one is rich. Or does good or 4 does your country.”

On being called a fugitive, Lalit hit back saying that no court has convicted him. After that he was another person who has created whatever I have and gifted the country, referring to the Indian Premier League. It is to be noted that Lalit Modi was earlier married to Minal Modi and they have two children- son Ruchir and daughter Alia. On the other hand, Sushmita Sen got divorced from her model boyfriend Rohman Shawl in 2021.