Skip to content
Mom-to-be Sonam Kapoor canceled plans for an elaborate baby shower to have a quiet Sunday afternoon with her husband Anand Ahuja and sister Rhea Kapoor.

Dressed in head-to-toe black, the pregnant actress flashed her best smile for the cameras. Rocking a pair of statement shoes, the actress opted for a comfy ribbed dress, which she paired with a black jacket.

On the other hand, Anand also opted for comfy casuals which he paired with white statement kicks. 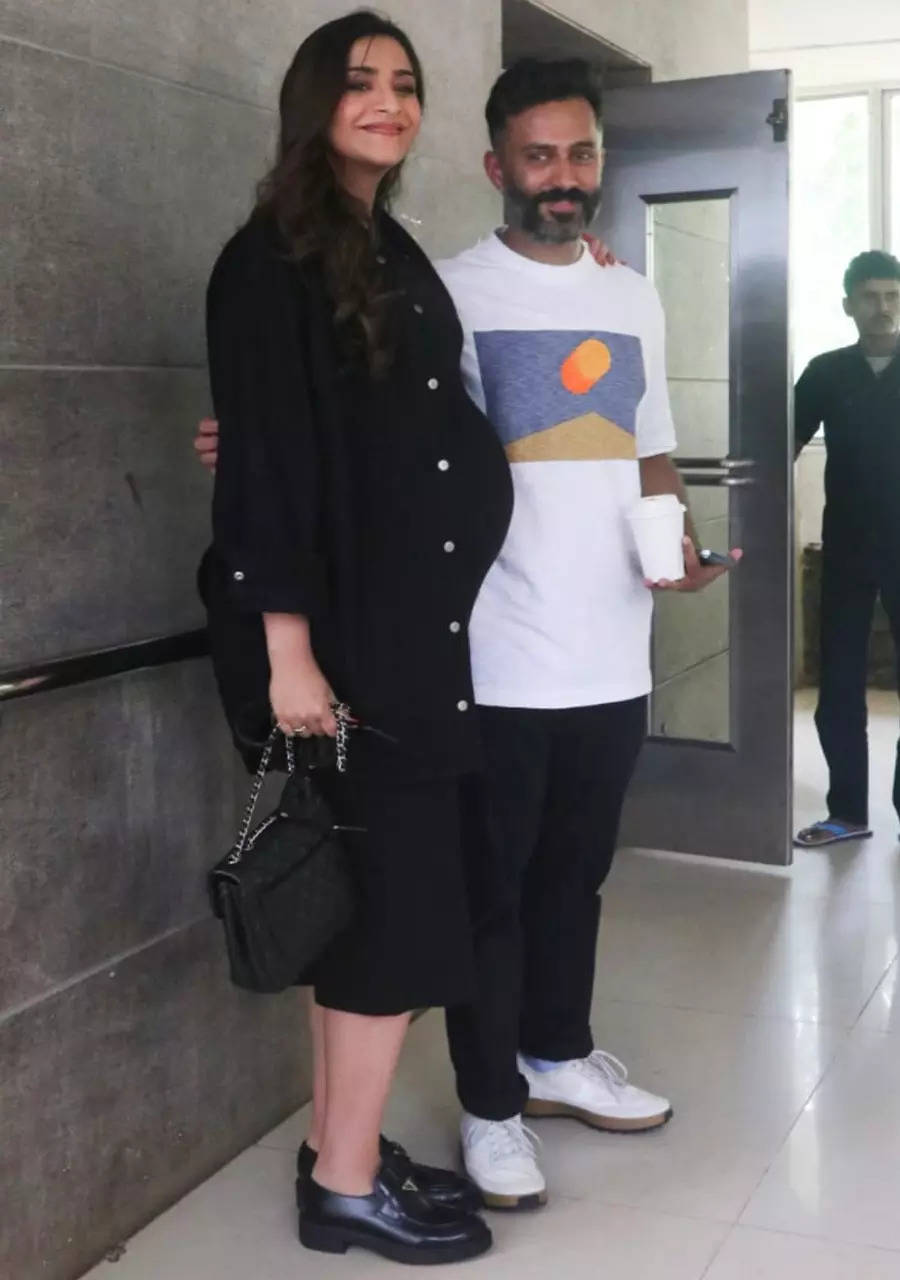 Reports had it that Sonam’s family was all set to host a star-studded baby shower for the expectant parents. From Kareena Kapoor Khan to Alia Bhatt, Deepika Padukone, the Kapoor family, which also included cousins ​​Arjun Kapoor, Khushi and Janhvi Kapoor, were rumored to be attending the bohemian-themed bash. The party was reportedly scheduled to be held at Aunt Kavita Singh’s bungalow in Bandra.

However, Bombay Times reported that the family barred the party to ensure that both mother and child are safe amid the rise in Covid-19 cases.

Choreographer-turned-director Farah Khan confirmed this in her statement to the media. The star, who was seen out and about on the town, told the paparazzi, “Sonam’s baby shower has been canceled and we are going for lunch instead.”