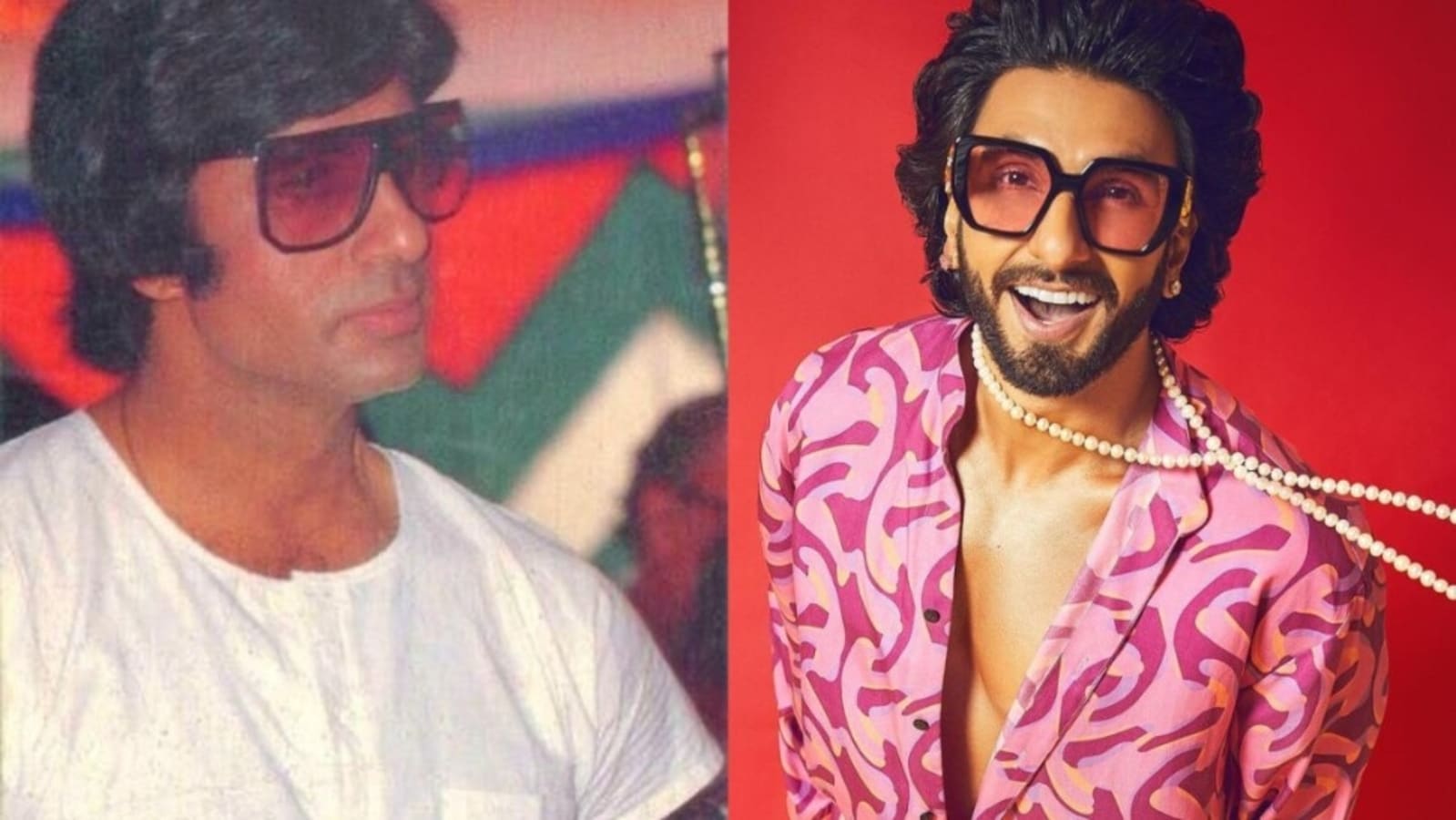 Actor Amitabh Bachchan took a trip down memory lane and shared a picture of himself clicked during the 1970s. Amitabh on Monday posted a picture on Instagram in which he was wearing a white T-shirt and brown sunglasses. (Also Read | When Rajesh Khanna said – always used to be ‘jealous’ of Amitabh Bachchan after the wall,

In another post, Amitabh shared a recent picture of himself. He posed with his hands near his face, palms facing out, imitating a camera l. Amitabh also gave a surprise expression. The actor wore a gray turtleneck sweater, matching pants, red jacket and dupatta.

He captioned the post, “… a question: does this (raised hand emoji) emoji reflect film framing as in my insta pic.. or prayer, cheers, cheers… or what? It was film frame.. could be framed on film (begging for face emoji).” Shweta reacted to her latest post saying, “Hahahahahaha. No! But you might have found a new use for it.”

Amitabh will next be seen in Ayan Mukerji’s Brahmastra, which also stars Alia Bhatt, Ranbir Kapoor, Nagarjuna and Mouni Roy. The film will release on 9 September 2022. He is also a part of Vikas Bahl’s Alvida, in which he will play the role of Bhaskar Prajapati. Apart from Amitabh, the film also stars Rashmika Mandanna and Neena Gupta.

The veteran actor will reunite with Deepika Padukone for The Intern remake and project. Apart from this, he also completed his shooting for his upcoming project Unchai starring Parineeti Chopra, Anupam Kher and Boman Irani. The release date of the film is still awaited.