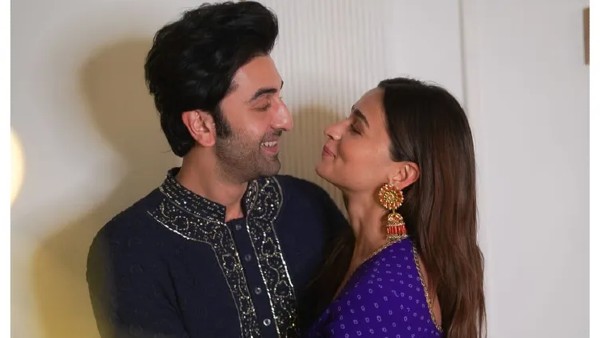 Ever since Alia Bhatt announced her pregnancy, Ranbir Kapoor has been facing a lot of questions about his baby during the promotions of his upcoming film.

shamshera
All set to hit the theaters on July 22, 2022 and Ranbir is leaving no stone unturned to promote the film as widely as possible.

filmbeatWhen Ranbir was asked if he has chosen any special name for his child, he said that he and Alia have kept a list of names ready, but they have not decided on any specific name for their child yet.

Ranbir further said that when he will take his child in his arms, he will listen to his heart and after seeing his personality, whoever feels like calling him, he will name the child accordingly.

Having said this, netizens are pretty sure that Ranbir and Alia are going to have twins, as during a recent interaction with a media portal, Ranbir was asked to tell two truths and one lie about himself. Gaya, then he said, “I have twins. I am going to be a part of a very big mythological film. I am taking a long break from work.”

Without wasting a second, netizens assumed that Ranbir and Alia might be having twins.

shamsheraThe film is in the news, and the filmmakers are looking forward to see Ranbir on the big screen after four years. Apart from Ranbir, the film also stars Sanjay Dutt and Vaani Kapoor in lead roles.