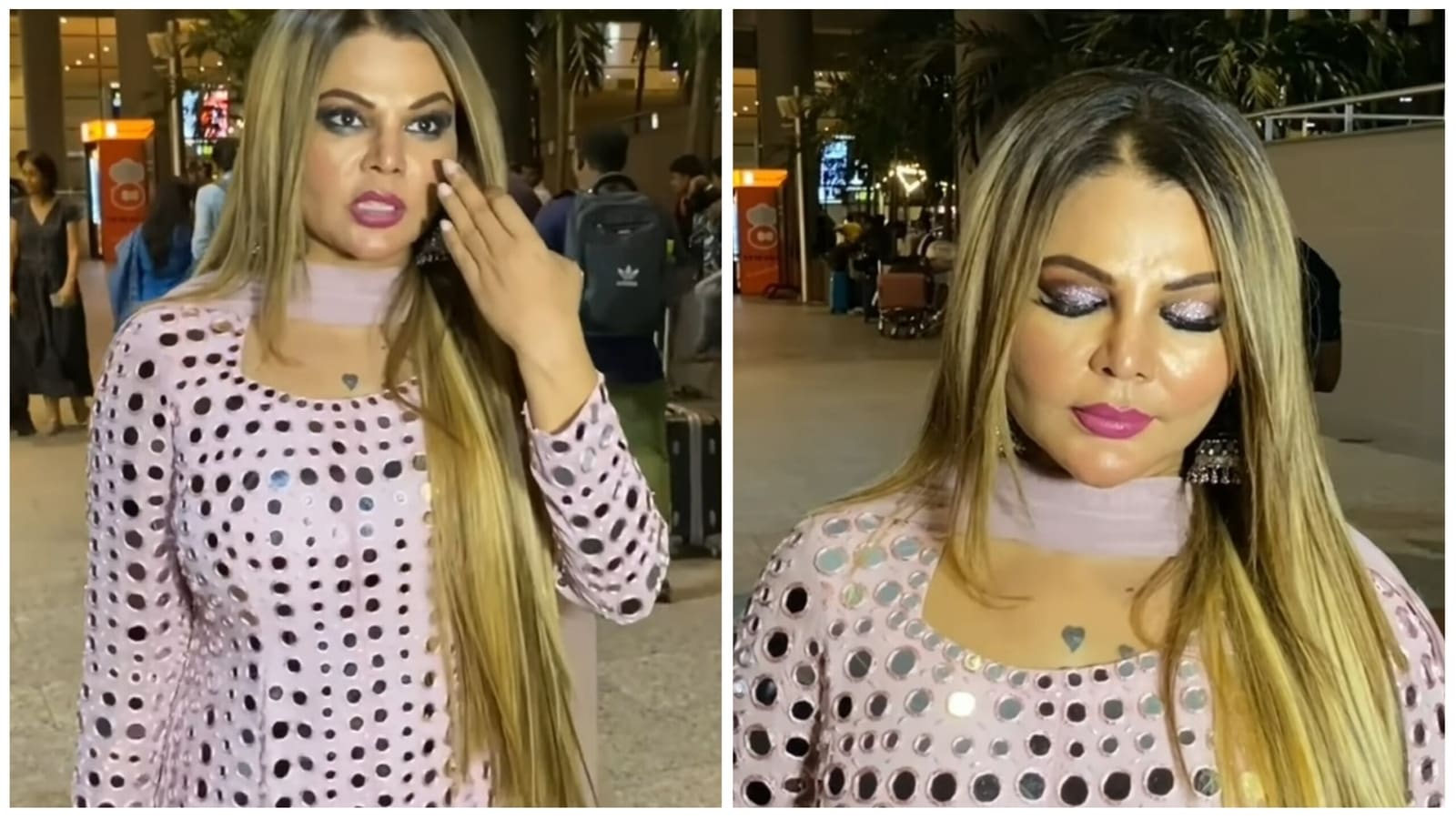 Rakhi Sawant was spotted at the Mumbai airport on Wednesday. The actor and reality TV personality looked upset while talking to the paparazzi. Dressed in a pink salwar suit, heavy makeup and blonde hair, Rakhi opened up about what happened during her latest trip. Rakhi said that she had gone to Delhi to meet boyfriend Adil Khan, but he did not meet her. Read also: Rakhi Sawant tells boyfriend Adil Khan that no one will marry her sister if he marries her

A paparazzi account shared a video of Rakhi’s latest appearance on Instagram. Showcasing her new blonde hair, Rakhi said in the video, “I got this for Adil. When I was crying for almost two hours on the flight my kajal got damaged. I won’t call her now… Swabhiman, Mera Attitude. Do you know that I flew to Delhi yesterday and returned to Mumbai today. He did not come to meet me. We had to come to Mumbai together.” After closing her eyes for a moment, Rakhi got emotional and said, “I am very sad.”

However, Rakhi’s fans believed that Aadil had also disappeared like her alleged ex-husband Ritesh, who left her soon after the wedding. He appeared in Bigg Boss 15 alongside Rakhi, during which his first wife claimed that he was already married and had a child with him. Rakhi and Riteish separated a few days after the show ended.

Commenting on this video of Rakhi, a fan wrote, ‘Everything is fake except her laughter and honesty. Another said, “Bhagya gaya Adil (Adil ran away).” One Instagram user said, “Ab BMW ya flat to diya na he (he gave you a BMW and a flat in Dubai).” Many people also praised her look in the salwar suit.

Since a few weeks, Rakhi has been regularly seen with Adil Khan at gyms, airports, parties and events in Mumbai. In an interview to ETimes in May, Rakhi had said, ‘Adil has bought a house in my name in Dubai. The other day, he gifted me a BMW. But to be honest, my treasure is his love. His love is true. He is a faithful. He is very serious about me, otherwise which boy would so soon introduce his love to his family?”