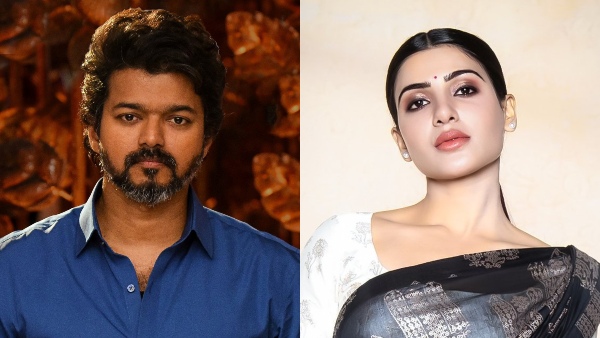 Thalapathy 67Thalapathy Vijay’s 67th outing, is all set to have its official launch. The project, which marks the famous star’s second collaboration with director Lokesh Kanagaraj, is touted to be a gangster drama. Earlier, it was reported that Samantha is playing the lead opposite Vijay

But as per the latest update, Samantha is not playing the lead role but is seen as the antagonist in Lokesh Kanagaraj’s directorial. If reports are to be believed, the sensational actress will be seen in the role of a ruthless cop in the film, with Thalapathy Vijay in his 40s as a notorious gangster.

According to Grapevine, the project which is being touted as a gangster drama revolves around a game of cat and mouse between a shady female police officer and a dreaded gangster. in that case,

Thalapathy 67
Could mark Samantha’s first attempt at a negative role. It may also emerge as the first Thalapathy Vijay starrer to feature a super strong female antagonist.

Some unconfirmed reports also suggest that Priyanka Arul Mohan, the actress who rose to fame with her roles in Doctor and Don, has been roped in.

Thalapathy 67, It was rumored that Priyanka might play the lead opposite Thalapathy Vijay in the Lokesh Kanagaraj directorial. Soon after the official launch, the makers are planning to announce the star cast.

It is also rumored that