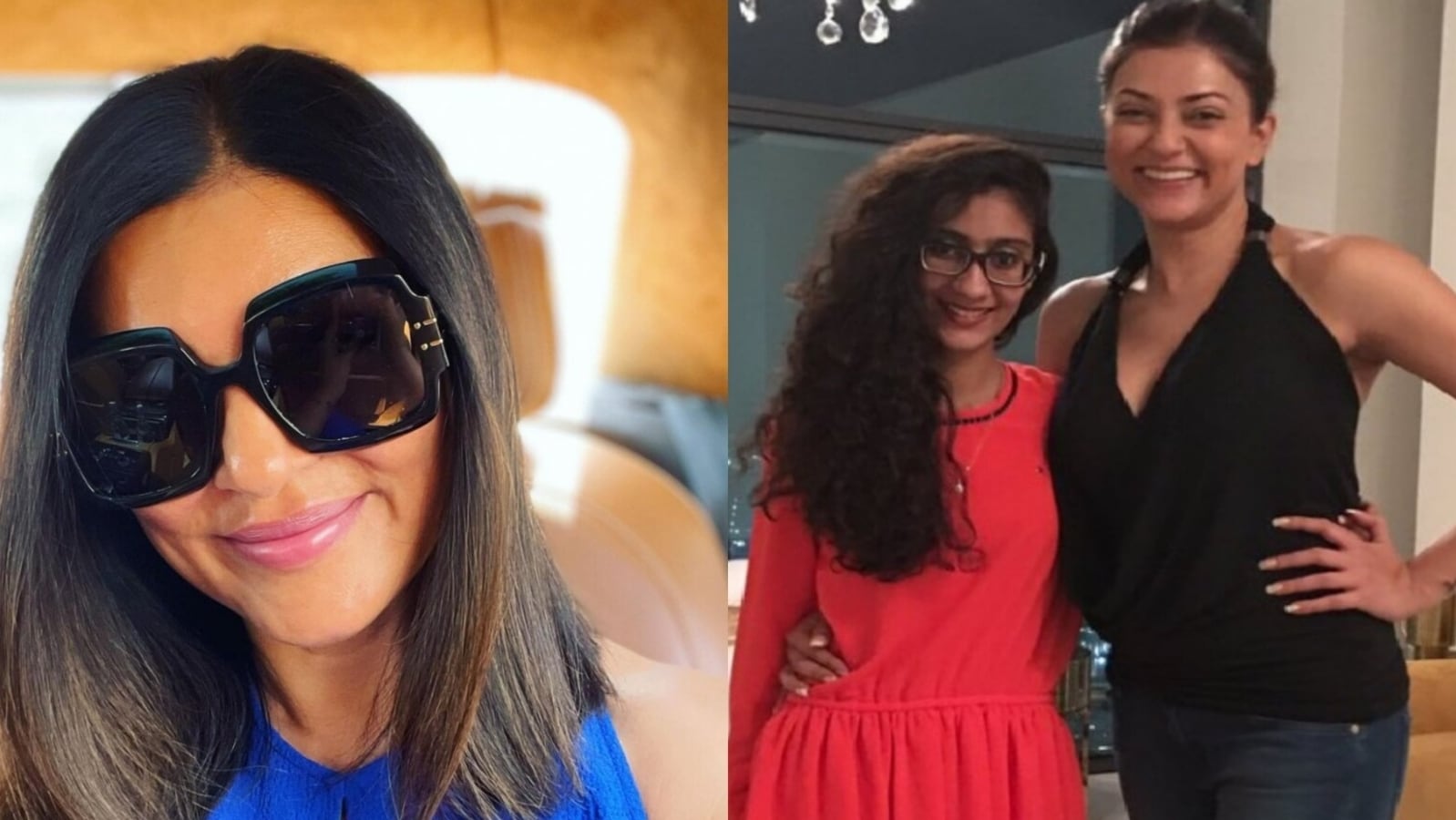 Actress Sushmita Sen on Wednesday took to her Instagram handle to share a selfie of herself as a ‘gentle reminder’. The former Miss Universe and actor has been in the news ever since the former IPL chairman Lalit Modi announced that they were dating. Making their relationship official, Lalit shared their pictures together on social media. He also called the actor his ‘better half’. Sushmita recently shared a statement on her personal life on Instagram, and reacted to those who called her a ‘gold digger’. Read also: Mahesh Bhatt recalls how Sushmita Sen fell in love with Vikram Bhatt

In her latest post, Sushmita wore a blue outfit as she posed with a big smile. She was also wearing black sunglasses and captioned the photo, “#gentlehappyreminder I love you guys!!! #duggadugga #yourstruly.” While fans took to the comments section to react to the actor’s post, Sushmita’s daughter Renee Sen left the sweetest comment. She wrote, “I love you most… End of discussion.”

Meanwhile, a fan wrote in the comments, “There is so much more to a woman than the one she dates. She has been Miss Universe – she gave life to two beautiful souls! Good hearted friends.” While many users mentioned Lalit in their comments, one also inquired about the new season of Sushmita’s OTT show. “Please Sush, tell me, when is Arya season 3 coming? ‘ asked a fan.

Lalit Modi announced their relationship on 15 July via Instagram and Twitter. He was the first to share pictures with Sushmita on Twitter and wrote, “Just after a dizzying global tour in London #Maldives #Sardinia with families – not to mention my #betterhalf @sushmitasen47 – A new beginning at the end. New life. Over the moon.” Later, they clarified that they were not married but were ‘dating’. Sushmita also denied the rumors of their marriage in an Instagram post and said that she is happy and that is all that matters.

Sushmita was last seen in Arya Season 2. The series, directed by Ram Madhvani, released on Disney Plus Hotstar in December last year.