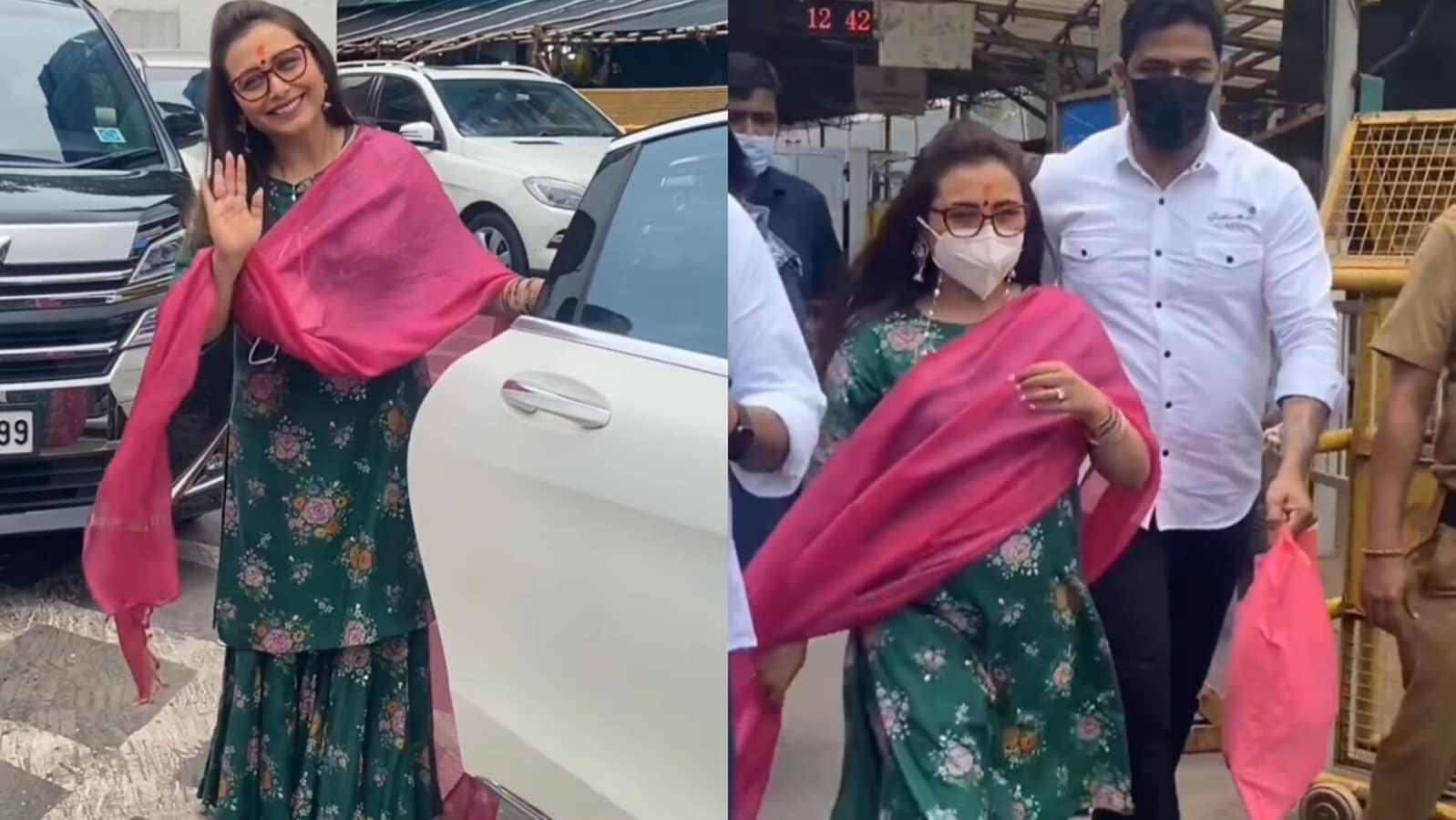 Rani Mukerji was spotted in Mumbai on Friday. He visited Siddhi Vinayak Temple. He was accompanied by his brother Raja Mukherjee. The Ranbir Kapoor-starrer Shamshera, backed by Rani’s husband, filmmaker Aditya Chopra, released on Friday. (Also read: When Rani Mukerji cried in front of Aamir Khan,

In a video shared by a paparazzi account, the queen was seen in a green sharara set for her temple visit. He was also wearing a bright pink colored dupatta. Rani was wearing a pair of glasses and a face mask while exiting the car with her brother. Before leaving, the Queen posed for pictures and shook hands at the paparazzi.

The Queen is rarely seen in public. She was last seen in May on the occasion of filmmaker Karan Johar’s 50th birthday. She made a statement at the star-studded party in a black dress. His look impressed the fans. Many also remembered Rani’s character from her 1998 film Kuch Kuch Hota Hai as they commented on her picture shared on social media, “Queen is back, Tina Malhotra.”

Rani made her Bollywood debut with Raja Ki Aayegi Baaraat opposite Shadab Khan. She was last seen in Bunty Aur Babli 2 opposite Saif Ali Khan. The film, which released last year, marked the onscreen reunion of Rani and Saif after more than a decade. Directed by Varun V Sharma, the film also starred Siddhant Chaturvedi and Sharvari Wagh. Rani will next be seen in director Ashima Chhibber’s upcoming film Mrs Chatterjee vs Norway. The film is supported by Monisha Advani, Madhu Bhojwani and Nikkhil Advani’s Emmay Entertainment and Zee Studios.