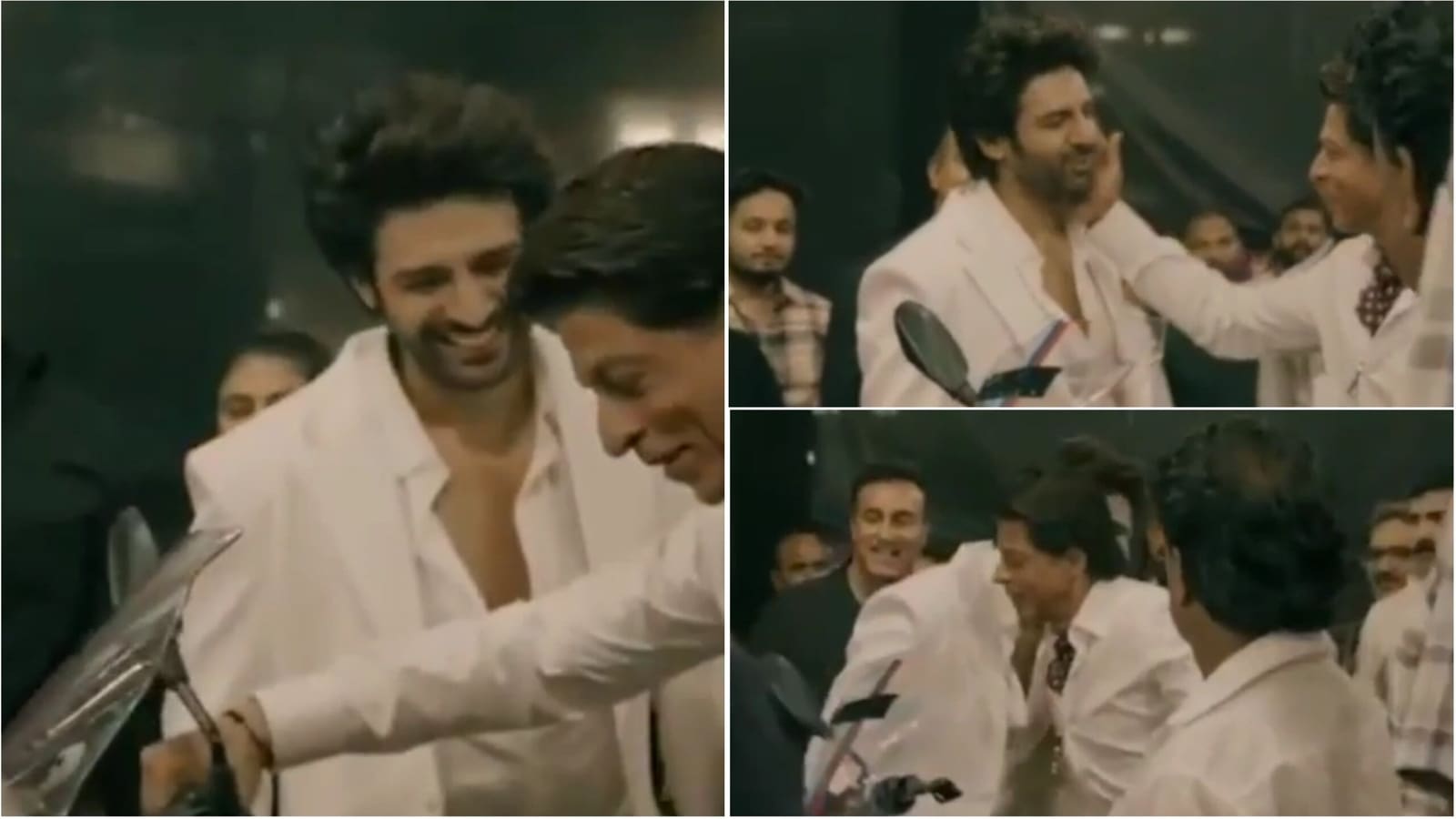 Recently, a video surfaced on the internet in which Shahrukh was greeting Kartik while sitting on a bike. The video was shared extensively on social media platforms with fans wondering what they were talking about.

During an interview to Bollywood Hungama, he was asked what he whispered in Shahrukh’s ear. Kartik replied, “I asked, ‘Bhool Bhulaiyaa 2 dekhi ke nahi, sir (Did you watch Bhool Bhulaiyaa 2 or not?)’.” When asked about Shah Rukh’s reaction, Kartik said, “He replied, ‘Dekhi hai beta very good’. Hai tu usme (I saw the film beta and you are very good at it)’.”

Kartik has confessed that he is a big fan of Shahrukh. Speaking with RJ Siddhartha Kannan earlier this month, Kartik was asked how he feels when he is called ‘Raja’, a title used extensively for Shah Rukh.

He said, “I don’t know about the significance but whenever I get these titles, of course, I feel good at first. I don’t think I want to accept the word king. I still like There’s a long way to go. , so it’s too early to say. I’ll take Rajkumar. I’m kidding. I guess I’m happy with all the love that comes first after the success of Sonu Ke Titu Ki Sweety or Pyaar Ka Came after Panchnama and now after Bhool Bhulaiyaa.

Kartik’s last film was Bhool Bhulaiyaa 2, directed by Anees Bazmee, which also stars Kiara Advani and Tabu. The film achieved the biggest opening weekend of the year and earned more than 230 crore worldwide.

He has several films in the pipeline, including a project with Sajid Nadiadwala’s production house, which will be helmed by Kabir Khan. Kartik will also be seen in Freddy’s opposite Alaya F and Hansal Mehta’s Captain India. Her next release is Shahzada, directed by Rohit Dhawan and also starring Kriti Sanon.