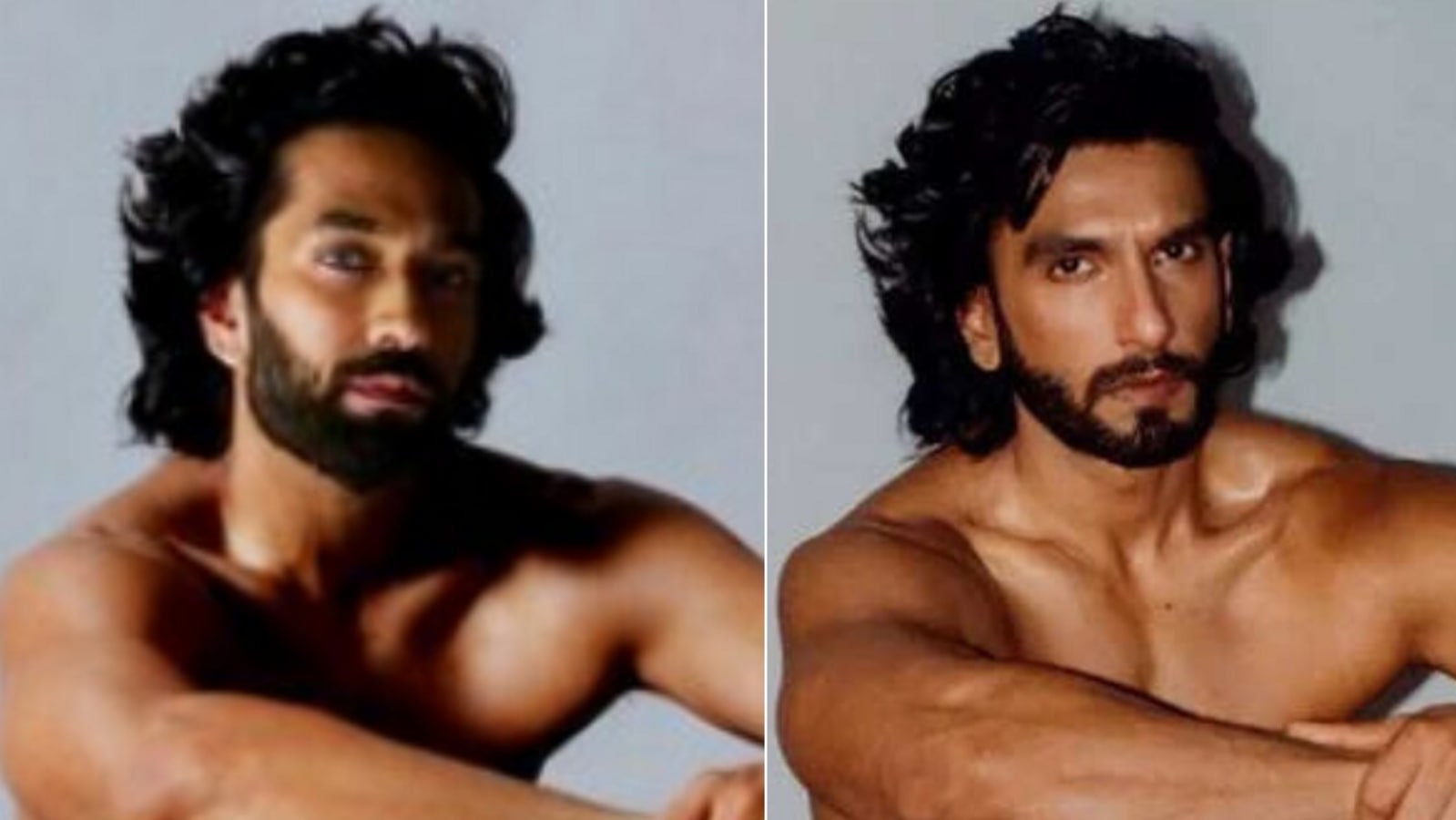 Actor Ranveer Singh is making headlines recently after being nude for a magazine photoshoot. Television actor Nakuul Mehta shared his version of Ranveer’s pictures as he edited the original picture and added his face on Ranveer’s pictures. Ranveer has been praised on social media by many Bollywood celebrities for his bold photoshoot but the actor has also faced legal troubles over it. Also read: Arjun Kapoor to pose nude like Ranveer Singh? that’s what he says

Harleen Sethi commented, “Fabbb nux uff.” Nakul’s wife Janki Parekh wrote, ‘Dunge your boxers now’. Put them on now.” Rashmi Desai, Adhyayan Suman and Rithvik Dhanjani dropped the laughing emoji. One fan wrote, ‘Sir don’t make it a trend. It will be a problem.’ Another said, “I really believed in it.” While one wrote, “But I would say you borrowed his entire body except the face,” another asked, “So who did it better?”

Ranveer Singh recently got a photoshoot done for Paper Mag. In the pictures, the actor posed on a Turkish rug wearing nothing. In one picture, Ranveer is seated with his legs crossed, in one he is lying on a rug and in other pictures the actor poses with his arms raised in the air.

While many Ranveer fans and Bollywood celebrities praised Ranveer for his bold move, many others criticized the actor for his stripping. On Tuesday, two complaints were filed against Ranveer in Chembur, claiming that he had “insulted the modesty of women” by sharing pictures on social media.

Ranveer will next be seen in Rohit Shetty’s Circus, which is slated to release in theaters on December 23 this year. The Circus will feature Pooja Hegde, Jacqueline Fernandez and Varun Sharma. He also has Karan Johar’s Rocky and Rani’s love story in the pipeline. The film also stars Dharmendra, Jaya Bachchan, Shabana Azmi and Alia Bhatt. The film is scheduled to release in 2023.