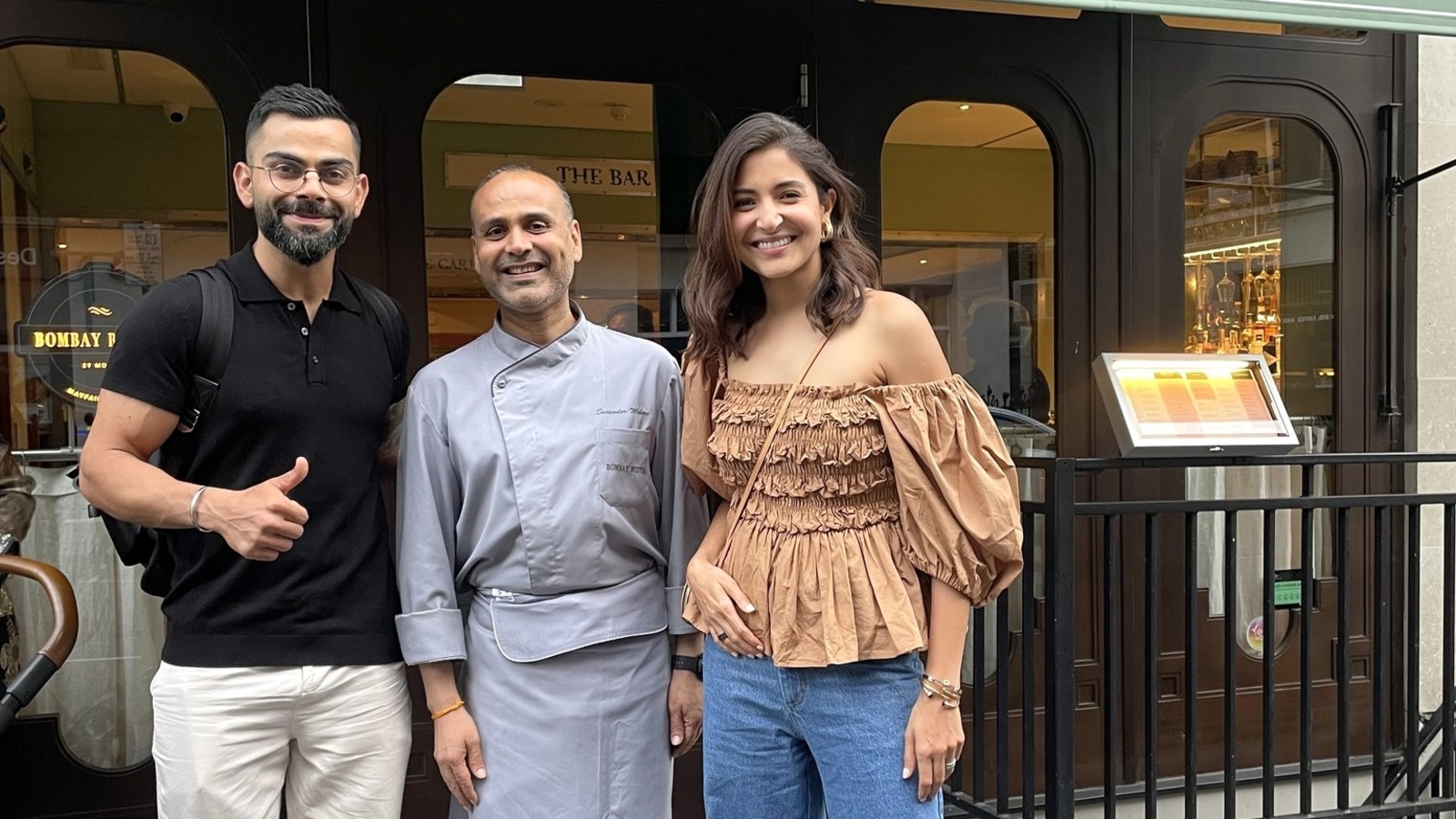 Anushka Sharma and Virat Kohli are currently in London. The chef of an Indian restaurant in London shared a picture with him on Twitter.

Actress Anushka Sharma and Virat Kohli are holidaying in London these days. An Indian chef shared a picture of himself with the couple on Twitter from outside his restaurant in London. Ahead of their London trip, Anushka and Virat were in Paris from where Anushka shared a few pictures on her Instagram. Read also: Anushka Sharma walks into my front window as she shares pic from Paris

Chef Surendra Mohan of Bombay Bustle shared the picture on his Twitter handle, writing, “The wonderful warmth and pride of India @imVkohli & @AnushkaSharma having our @BombayBustle meal with us.”

A few days ago, she shared her pictures while eating croissants in the bathrobe. He captioned it, “When it’s Paris… eat too many croissants.” She also shared the pictures on her Instagram stories and wrote, “Being very Parisian here… ate breakfast of coffee and croissants.” In the next picture, she added, “Sahi mein bohat sahi tha (it was really great).” Finally Anushka shared a clip of the sunset and wrote, “Au rivoir (bye till we meet again) Paris.”

Anushka and Virat tied the knot in December 2017 in an intimate wedding ceremony at Lake Como, Italy. The couple became parents to Vamika in January last year.

Earlier this month, Anushka announced the first schedule of her upcoming sports biopic, Chakda Express. The film marks her return to acting in 2018 after her last release Zero opposite Shah Rukh Khan and Katrina Kaif. Directed by Prosit Roy, Chakda Express is based on the life of former Indian cricketer Jhulan Goswami. It will be released on Netflix. Anushka’s brother Karnesh Sharma is producing the film under his home production company Clean Slate Films.