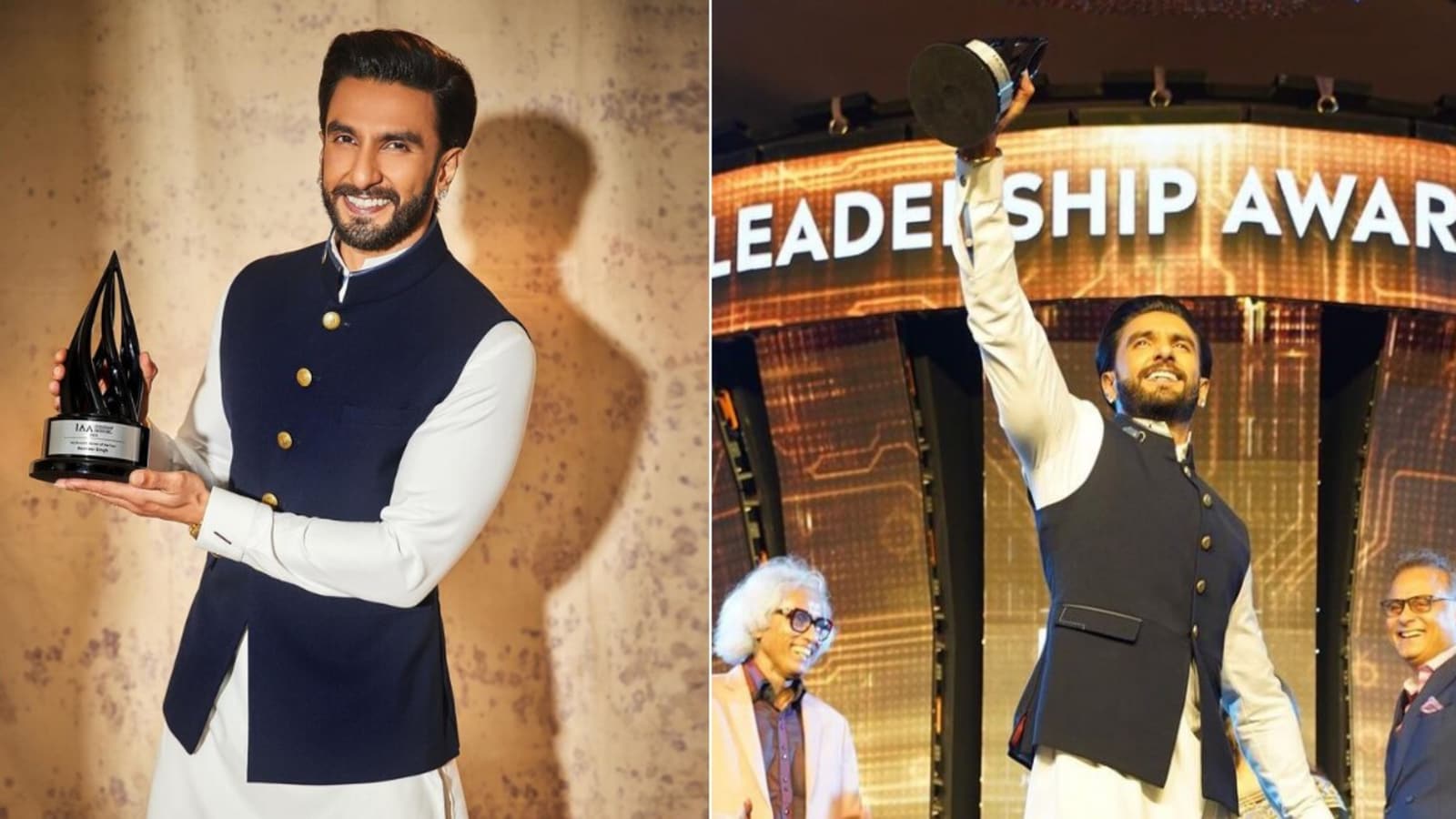 Ranveer Singh has received the Brand Endorser of the Year award. She shared pictures from the award ceremony on Instagram and recalled how she started her journey as a copywriter in an advertising agency.

Actor Ranveer Singh has been honored with the Brand Endorser of the Year award by the International Advertising Association. The actor shared the news on Instagram and recalled how he started his career as a copywriter before entering Bollywood. Ranveer started his film career with Band Baaja Baaraat. Read also: Ranveer Singh ‘Broken the Internet’ by Going Completely Nude for Paper Magazine Cover: ‘I Don’t Give a…’

Sharing pictures from the award ceremony, she wrote, “From starting my professional journey as a copywriter in an advertising agency to now being awarded the coveted ‘Brand Endorser of the Year’ award – life has come full circle. Thanks to the International Advertising Association (IAA) for this recognition, very grateful.’ And in the second he held the trophy in the air.

After completing his college, Ranveer started his career as a copywriter in a leading advertising agency Ogilvy & Mather. He later worked on brands like Ponds and RTI. One fan wrote, ‘Congratulations fearless actor. Several others dropped heart emojis in the comments section.

Ranveer recently went nude for a photoshoot of Paper magazine. While many Bollywood celebrities and fans lauded the actor for it, many others criticized him for it on social media. An FIR was lodged in Chembur on Tuesday against the actor on charges of obscenity for sharing his pictures from the shoot on Instagram.

Ranveer was last seen in Jayeshbhai Jordaar, which released in May 2022. He will next be seen in Rohit Shetty’s Circus, which is scheduled to release theatrically on 23 December this year. The Circus will feature Pooja Hegde, Jacqueline Fernandez and Varun Sharma. They also have Karan Johar’s Rocky and Rani’s love story. The film also stars Dharmendra, Jaya Bachchan, Shabana Azmi and Alia Bhatt. The film is scheduled to release in 2023.