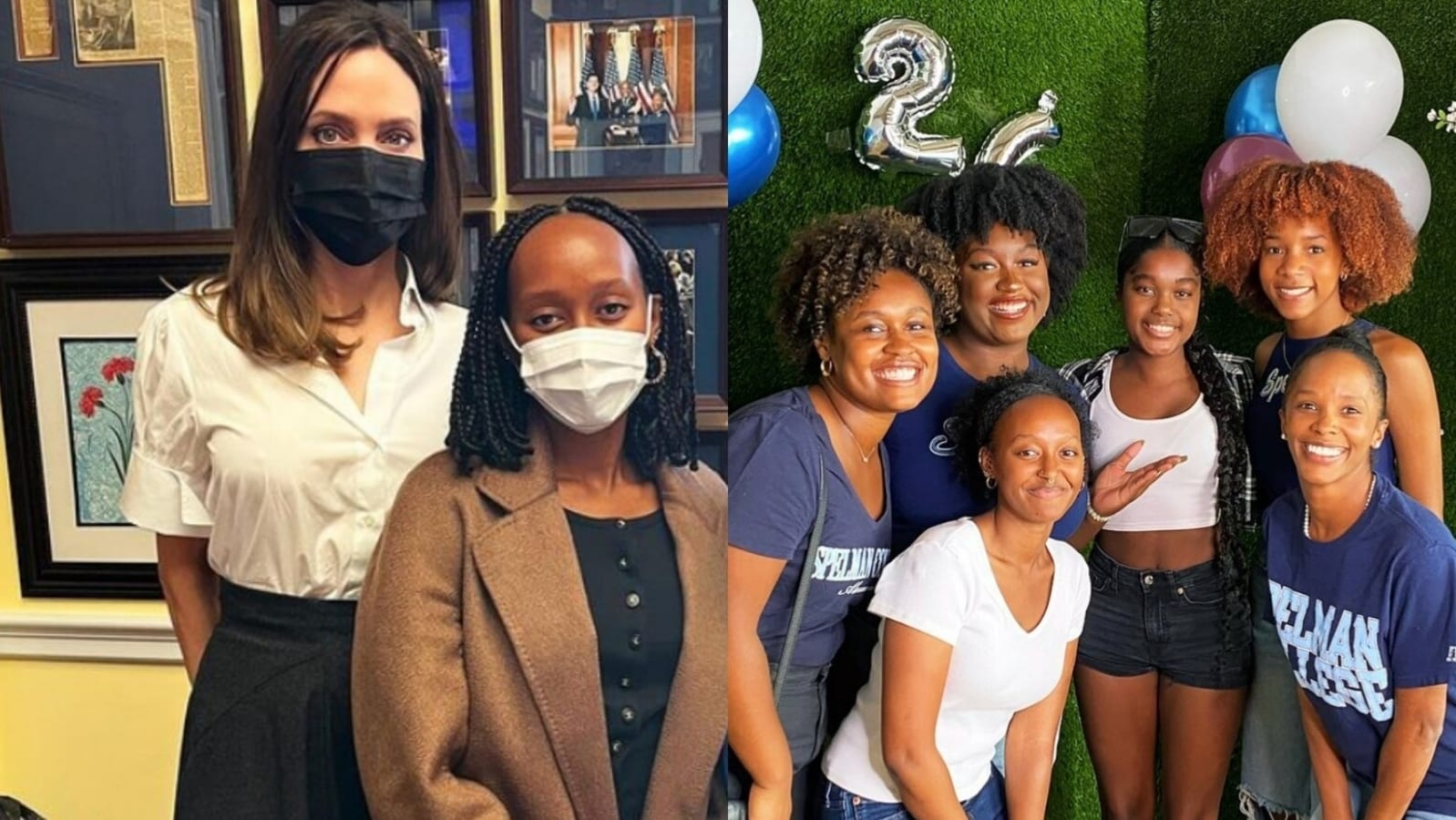 Actress Angelina Jolie is one proud mother as her daughter Zahra Jolie-Pitt starts her college life. Angelina took to her Instagram handle and shared the update with fans. She is honored to have her daughter at Spelman College in Atlanta. (Also read: Angelina Jolie wins legal battle against ex-husband Brad Pitt over French winery,

Angelina shared a rare photo of her 17-year-old with her friends and wrote, “Zahra with her Spellman sisters! Congratulations to all the new students who started this year. A family member as a new Spellman girl A very special place and honor for” Spelman College is a historically black, women’s liberal arts college. From Stacey Abrams to Alice Walker, Rolanda Watts and many more, are some of the popular alumni of the prestigious college. While Angelina rarely shares information about her personal life on social media, she occasionally posts rare moments with her children.

Responding to Angelina’s post, a fan wrote, “Oh you must be one proud mom! Congratulations.” “Your little one is in college? it’s not possible!! Congratulations!!!!” commented another fan. “Happy new life Zahra,” added several other fans in the comments section.

Angelina Jolie has six children – Knox, Pax, Vivienne, Maddox, Zahra and Shiloh with her ex-husband Brad Pitt. The two married in 2014 at Chateau Miraval, France. After two years of their marriage, they filed for divorce in late 2016 and filed for divorce. The custody dispute over their children continues to this day. Angelina had adopted Maddox and Zahra prior to her relationship with Brad, who later adopted them both.

Recently, Angelina won a legal battle against Brad involving Chateau Miraval winery. In 2008, the former couple bought the French winery where they married for an estimated $28.3 million. They had agreed not to sell their interests in the company. According to reports, Brad later sued Angelina, accusing him of selling part of his vineyard.