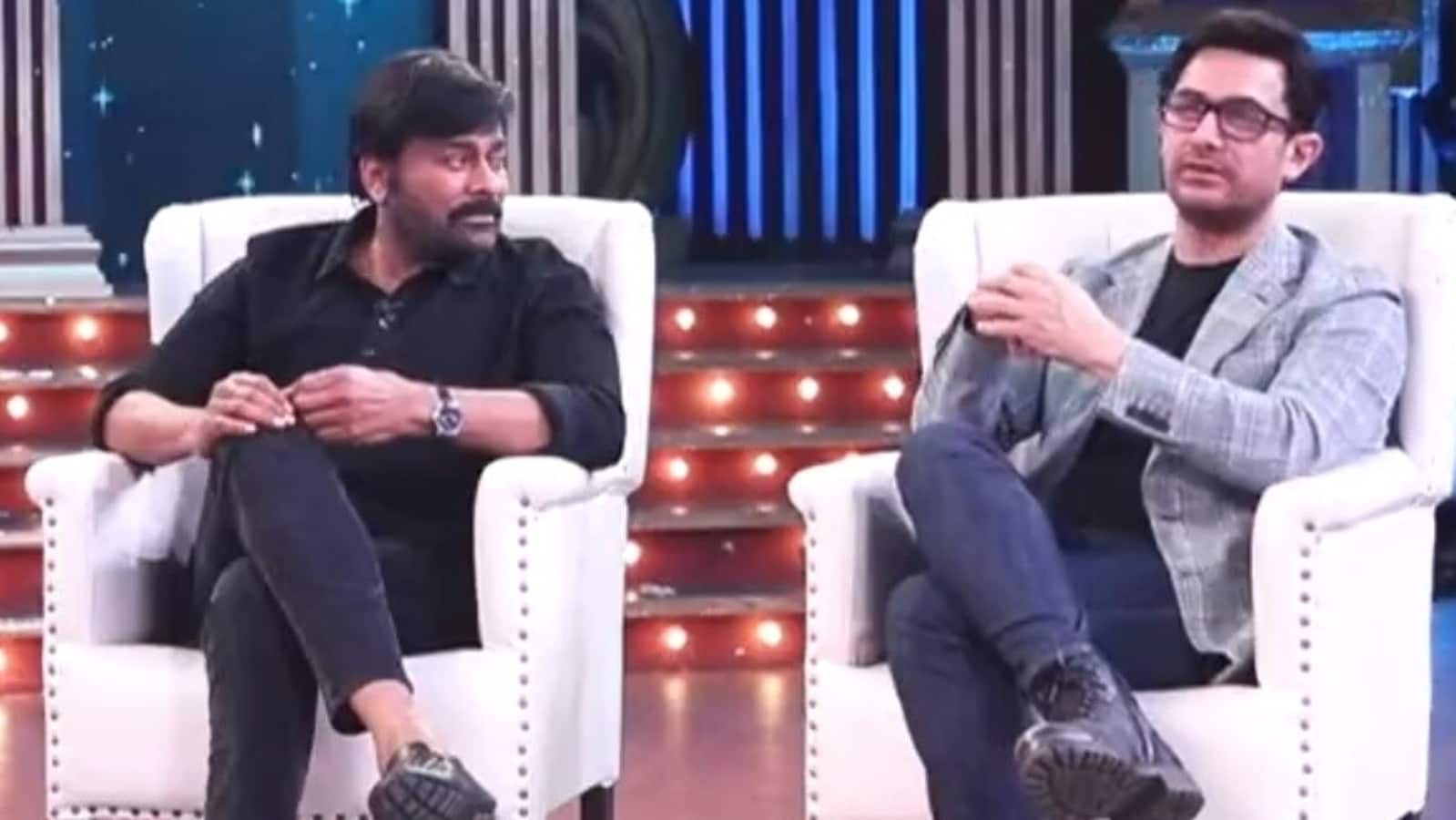 Chiranjeevi, who recently released the Telugu trailer of Aamir Khan’s Laal Singh Chaddha, is actively involved in the promotion of the film in Hyderabad. As part of a promotional interview, Nagarjuna sat down with Aamir Khan, Chiranjeevi and Naga Chaitanya to talk about the film. In a promo clip that surfaced on social media, Aamir said that it was VFX that helped him transform into many of Laal Singh Chaddha’s looks, but Chiranjeevi did not agree with him and asked him to edit this part of the interview.

Nagarjuna interviewed his sons Naga Chaitanya, Amir and Chiranjeevi and called it a “miracle”. In the clip, Nagarjuna mentioned that Aamir’s character of Laal Singh Chaddha underwent extreme transformation in the film and asked him how he managed to make it possible. “Aamir, we see you as a young boy, as a college student and as an army officer in the film. How did you overcome this change,” Nagarjuna asked.

Aamir replied, “This change has been done by the VFX guys.” At this point Chiranjeevi intervened and jokingly said, “Edit this part. I can’t believe it.”

According to a statement, all the guests were excited about this favorite project of Aamir. The statement said that Chiranjeevi was really impressed by the film.

Laal Singh Chaddha also stars Kareena Kapoor, Mona Singh and Naga Chaitanya in pivotal roles. The film is set to release in theaters on August 11. It is directed by Advait Chandan.