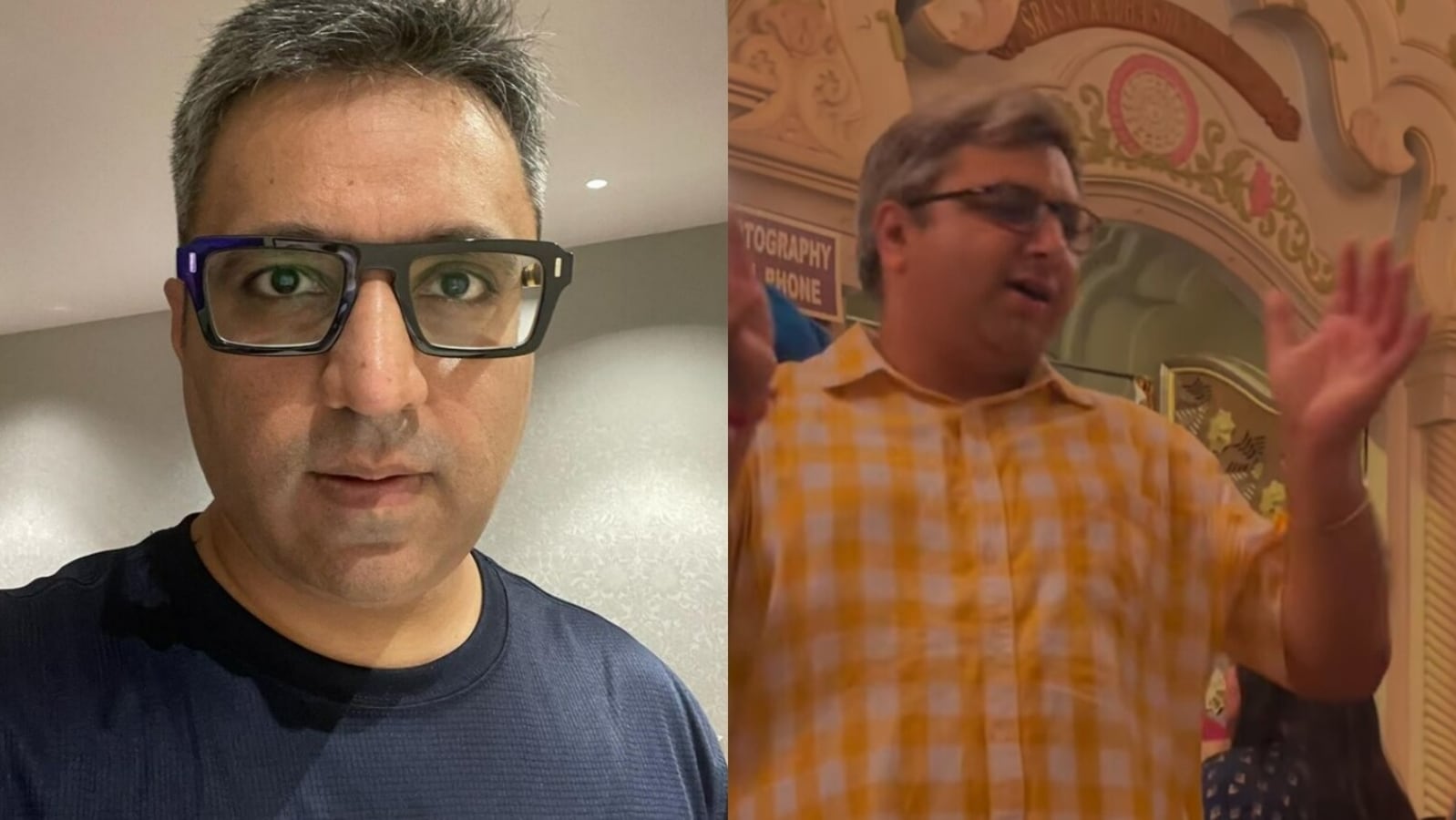 Shark Tank India’s Ashneer Grover responded to a video of a man looking like himself that has surfaced on social media. The viral video showed Ashneer’s lookalike in a temple that appears to be the ISKCON temple in Vrindavan. While fans initially thought it was Ashneer, now the BharatPe co-founder clarified the truth with his witty reply. (Also read: Ashneer Grover Recalls That He Couldn’t Afford Salman Khan For An Ad,

In the video, a man wearing an orange checkered shirt is seen happily chanting and clapping in the temple. He was also wearing glasses like Ashneer. People around him are seen singing Hare Krishna, Hare Rama. After several tagging Ashneer in the comments, he remarked in a blink of an eye, “Chalo good – this work too got outsourced”.

“However, I share my doppelganger level of devotion in business,” read his answer. One fan wrote in the comment, “He is praying for his new startup.” “Ashneer Grover lite,” commented someone else.

Ashneer appeared in the popular reality show Shark Tank India as one of the seven sharks (judge and investor). He was accompanied by Piyush Bansal, Anupam Mittal, Vinita Singh, Namita Thapar, Aman Gupta and Ghazal Alagh. In March, he resigned from BharatPe following allegations of misappropriation of funds. He served as the Managing Director. Later Ashneer and his wife Madhuri Jain Grover were also removed from the board of the company.

Talking about business, Ashneer recently revealed how he once tried to strike an endorsement deal with Salman Khan. He managed to do so even though he could not afford the actor’s fees. “When I contacted Salman’s team, they told me that they would charge.” 7.5 crores, which is when I started counting as I had 100 crores on me. i will give it 7.5 crores, spend another On doing 1-2 ads, and then I have to pay the broadcasters as well. it’s going to be a 20 crores spent and I have only 100 crores in my pocket, without any certainty if I will get another round of investment. So I asked Salman to reduce his price, and he agreed to do so. 4.5 crore,” he said at Lovely Professional University in April.