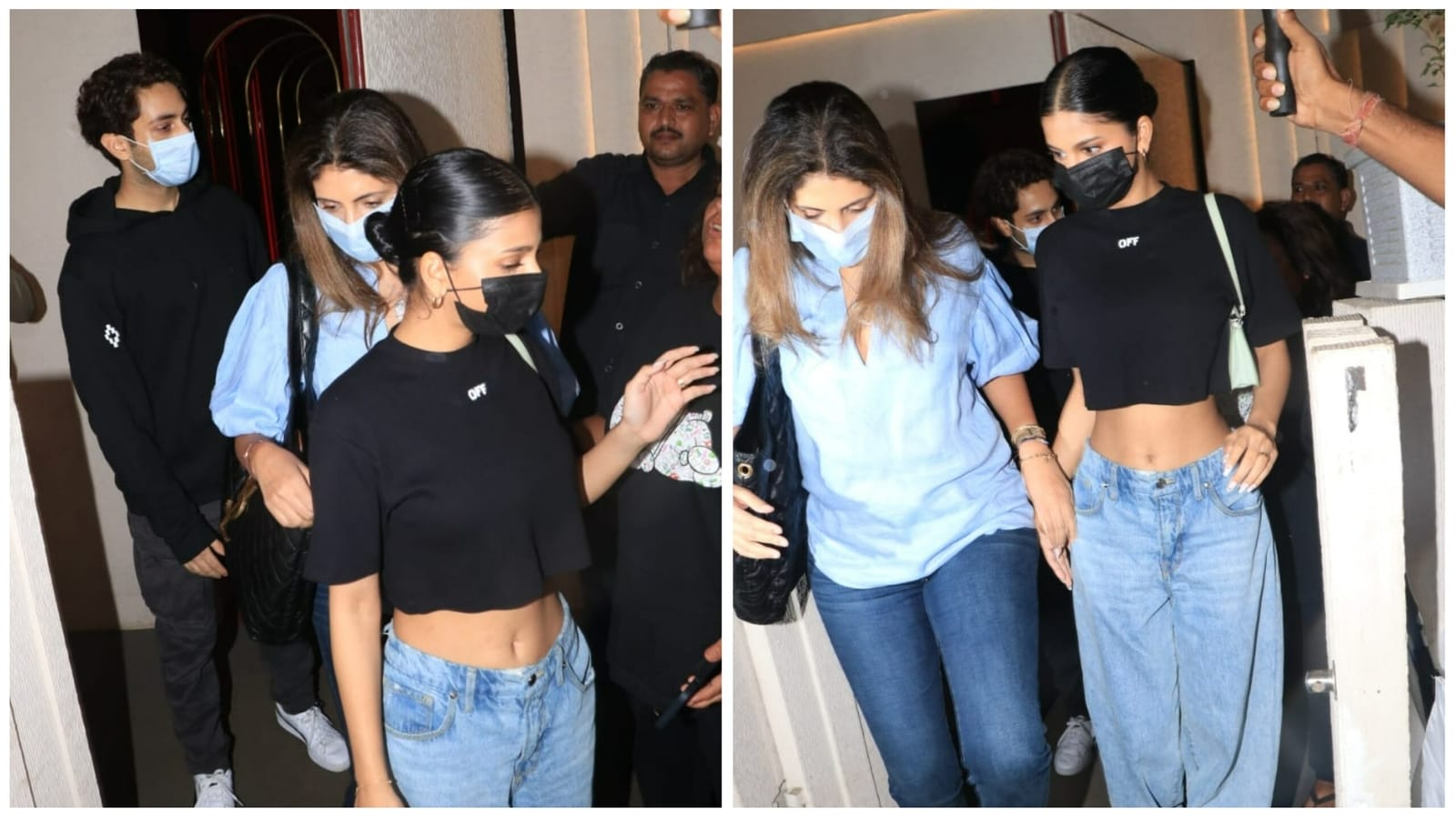 A paparazzi account on Instagram shared a video from a restaurant. It showed them sitting in their cars after dinner. Suhana was in a black crop top and loose denims and did not remove her mask to pose for the paparazzi. Shweta took his hand and walked with him to drop him till the car and both could be heard saying goodbye to each other. Agastya Nanda, who was also in black casual, grabbed Shweta by the hand and dropped her in the car before joining from the other side.

A fan commented on the video, “I love Shweta Bachchan, the way she holds Suhana’s hand is a nice and kind gesture.” Another said, “Shweta and Suhana were very sweet.” Another responded, “So cute”.

Suhana is Shah Rukh Khan and Gauri’s daughter and will debut opposite Agastya Nanda and Boney Kapoor and Sridevi’s daughter Khushi Kapoor. Three Star Kids is a part of Zoya Akhtar’s Indian retro adaptation of Archies Comics, titled The Archies. Agastya plays Archie, Suhana plays Veronica and Khushi will be seen as Betty. The film also stars Mihir Ahuja, Dot, Yuvraj Menda and Vedang Raina. It will premiere on Netflix next year.

Suhana has always been friends with Agastya’s elder sister Navya Naveli Nanda, who is yet to express her interest in acting. She recently made her screen debut with a commercial.

The teaser for Archies was unveiled in May and featured the entire cast of the film having fun on set in character as a peppy song plays in the background. It featured the friendship between Archie and his gang when they played in a park.