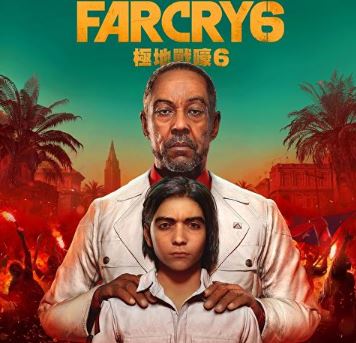 There’s a lot of action in the game and there’s a free trial now.

Today, Ubisoft announced that Far Cry 6 now available to play for free on Xbox Series X|S, Xbox One, PlayStation until August 75, playstation4, Stadia, as well as Windows PC via the Ubisoft Store and Epic Games Store. Players can also subscribe to Ubisoft+ on PC, Stadia and Amazon Luna*.

New players will have access to the full game, as well as all the free downloadable content published to date, all playable simultaneously in co-op. Players can team up with friends to rescue Yara, fight with Danny Trejo to deliver tacos, join forces with Rambo superfans, rescue Chorizo ​​from The Shadow Place, and more some!

Those who want to continue their fight against Anton Castillo’s regime in Far Cry 6 will keep up with their game progress and enjoy discounts on the game, season pass, and DLC:

Additionally, Far Cry 6 announced a photo mode contest, starting today and ending August 12th at 11:59 p.m. EDT. To participate, players from around the world *** can use the Photo Mode feature to post in-game photos, videos or GIFs that best capture their “summer vibe” on Twitter, Instagram or TikTok. does. All entries must include the hashtag #FarCry6FreeWeekendContest for a chance to win exciting prizes, including AMD Radeon RX 6800 XT graphics cards, Far Cry 6 collector figurines, Tobii eye trackers and Corsair headsets. Five winners will be selected by the Far Cry 6 community development team and 10 winners will be selected at random from all valid submissions. For official rules, please visit: www.FarCry6.com/Contest.

For more information about Far Cry 6 and its Season Pass, please visit: Farcry.com.

For the latest news on all Ubisoft games, please visit: news.ubisoft.com