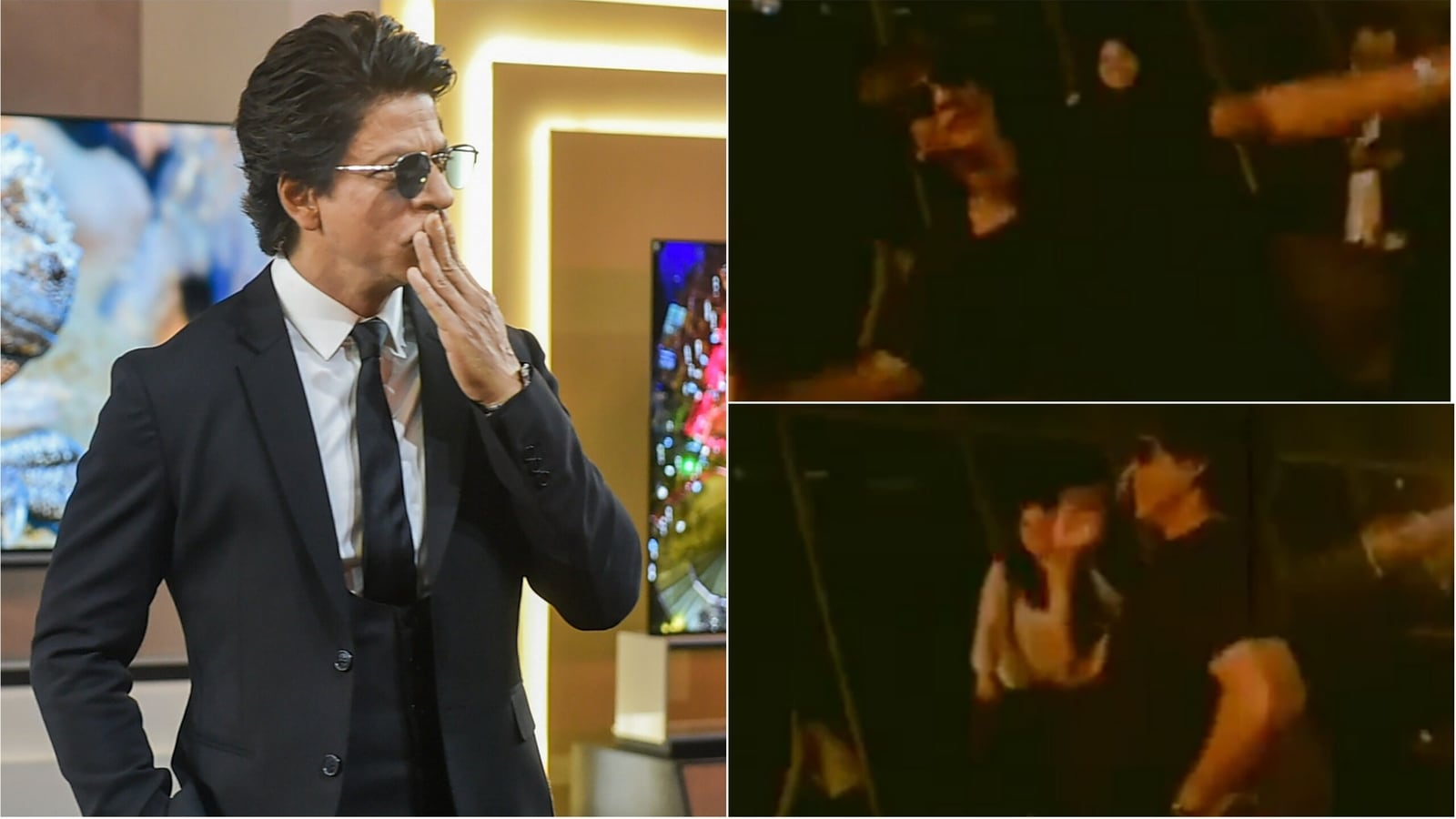 Shahrukh Khan has not been seen on screen for a long time so his rare glimpses keep his fans entertained. In the latest, a video of the actor shaking a leg on a Punjabi song surfaced on the internet and it instantly won the hearts of fans. Fans called the video adorable and said that Shah Rukh’s dance moves were perfect. Read also| Shah Rukh Khan dances to the song Kuch Kuch Hota Hai at Karan Johar’s birthday party

On Friday, a fan page shared an out-of-date video of SRK dancing to the popular Pav Dharia’s popular song Na Jaa (2017). Shah Rukh, who was in a black T-shirt, also created his hook steps for the song as he fused them with the song. From making chapatis with gestures to showing ‘nakhra’ (tantrums), Shah Rukh did it all while dancing to a Punjabi song. It is not clear when and where the video was recorded.

Fans showered love on the video and were overjoyed to see the actor having fun. One tweeted, “This is cute..is this a dance from a movie or just Shah Rukh having fun?” Another said, “She’s so beautiful and cute dancing. Even her moves are perfect. Love to see her so happy, spontaneous and free to be herself.” A third wrote, “Lightens up even during the most stressful times. That’s the power of the king.” Many described the video as ‘adorable’ and ‘cute’. One wrote for Shahrukh, “My dear.”

Shah Rukh’s last full-length role was in Aanand L Rai’s 2018 film Zero, which saw him alongside Katrina Kaif and Anushka Sharma. After a long hiatus, he made a guest appearance in R Madhavan’s Rocketry: The Nambi Effect, which released last month.

The actor is slated to have three releases next year. Siddharth Anand’s Pathan, which also stars Deepika Padukone and John Abraham, is slated for a theatrical release on January 25. His next release will be Atlee’s Jawan on June 2. Dunki, her first collaboration with filmmaker Rajkumar Hirani, also stars Taapsee Pannu. For the first time, will hit the screens on 22nd December.