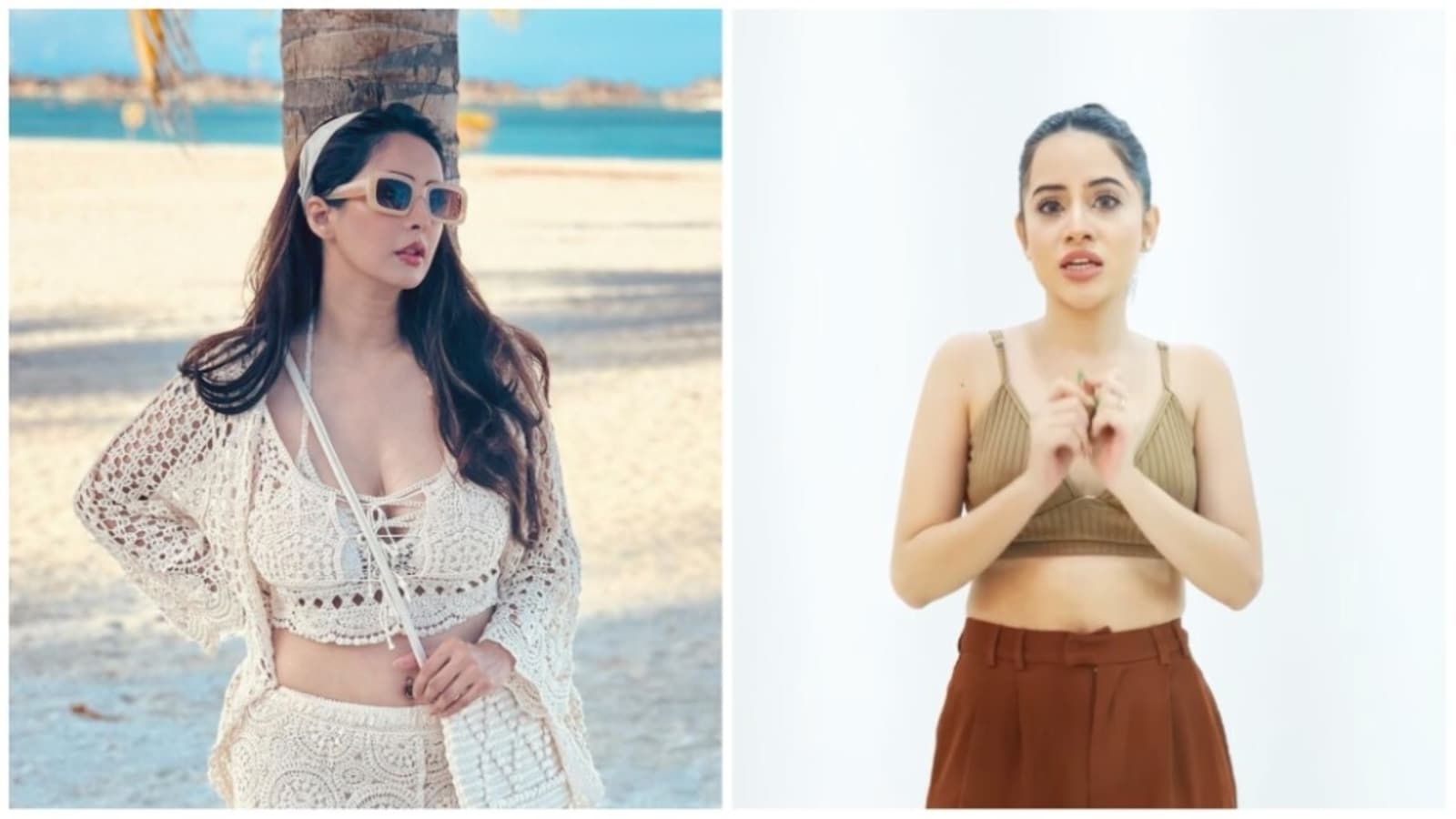 Chahat Khanna has created a storm with her criticism of Urfi Javed and his latest outfit. Sharing a collage of pictures of Urfi in a neon green outfit from a recent outing, Chahat embarrassed him for his sartorial choices. However, Urfi did not take it down and called him a ‘hypocrite’ while replying to Chahat’s allegations. (Also Read: Urfi Javed Tells Ranveer Singh On Koffee With Karan: ‘He Is A Fashion Icon’)

Sharing pictures of Urfi, Chahat wrote on Instagram Stories, ‘Who wears this? And on the streets? I mean anyone will take off their clothes and the media will make them celebrities? Is Indian media so weak? It’s easy to buy this cheap publicity and media, this cheap show you’re promoting to our generation. Would anyone pay for spotting and do anything or even get naked and take you? this is very sad !! May God give you some wisdom.”

Urfi replied, “At least I don’t buy followers! Also if you will do your homework, I was there for an interview, I was drafted for an interview that is not related to your business, you just have to Jealous that even after paying they are not covering you. @chahattkanna also whatever you do on this earth is of no use to you, why didn’t you upload this story for Ranveer Singh? Apna Shows hypocrisy. Look, I didn’t judge you for your two divorces, I’m dating younger men so why judge me?”

She also shared a picture of Chahat, showing her bare back to the camera. “So are you allowed to post such pictures on social media for the whole world to see? Social media doesn’t have real people right? You are jealous of my love and you are also a bully. I don’t care about your daughter. Sad for them. What a mother they have. Sh*t,” she wrote. Urfi also wrote, “At least I earn my money by not living off my 2 ex-husbands’ alimony! @chahattkhanna I am not coming to you how you love your life. I know what these aunties have against me.

Chahat has now shared a post reacting to Urfi’s comment. “I don’t need to be a part of this drama, but I need to tell my followers, people talk and some bark a lot, but people who know me know that I have come here and achieved a lifestyle.” Have worked hard to do, not alimony. , please check records before talking, never took a single penny, my divorce could also have been easily targeted, everyone knows about this. Class people will never do this, I am also not expecting class from classless people and neither from paid media. Write a baaki jiko jako hai good.. Mera kya (Write what you want. Its for me) What is it),” she wrote.

Urfi Javed was seen on Bigg Boss OTT last year. She is often seen in quirky outfits which have also caught the attention of Ranveer Singh and Masaba Gupta. Chahat is a TV Actor who has acted in Bade Achhe Lagte Hain.