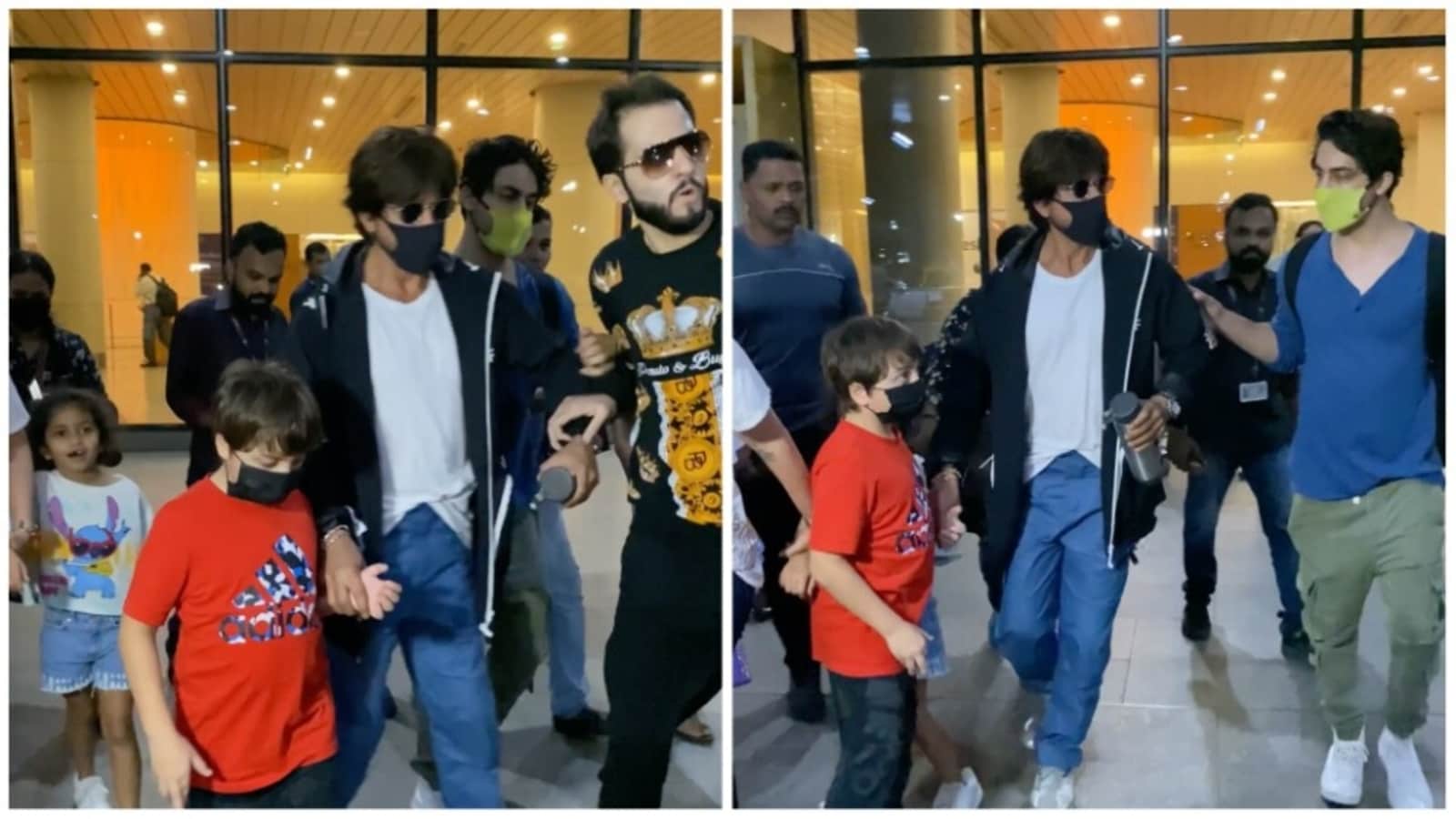 Shah Rukh Khan had a bad experience at the Mumbai airport on Sunday when a fan tried to hold his hand. He was accompanied by his sons Aryan and Abram.

Aryan Khan turned out to be a shield for his father Shah Rukh Khan and an over-eager fan. Shah Rukh Khan returned to Mumbai with his sons Aryan and AbRam and manager Pooja Dadlani. At the airport, a fan tried to misbehave with Shahrukh, who was shocked by his action.

Shah Rukh walked out of the arrival gate in a white shirt and blue pants and a black jacket. Aryan was wearing a blue shirt and green pants while AbRam was in a red shirt and black pants. All three were wearing masks. As they exited the airport, a man came very close to them for a selfie and even tried to hold Shah Rukh’s hand. The actor took a step back and jumped to his safety. Even Aryan extended his hand to support his father. The family then drove into the car, as the paparazzi called their names and asked for pictures.

Shahrukh was busy shooting for many of his films. He was shooting for Rajkumar Hirani’s film Dunki in London for several days. It was not known where he was coming from on Sunday.

Apart from Dunky with Taapsee Pannu, Shah Rukh also has Pathan opposite Deepika Padukone and John Abraham and Atlee’s Jawan with Nayantara.

His production film Darlings, starring Alia Bhatt in the lead, released on Friday on Netflix. He tweeted his review of the film on the day of its release. “Had been working non-stop for the past few days….hence the need to indulge in my favorite time….to ‘love my own person’ and pamper myself, Prabhuji / Thums up and Will spend the day with #. Darlings (This is not an ad, just ‘me spoiling me on a day of please'” he tweeted.

Ahead of the release of Darlings, Shah Rukh had shared how worried he is about the film. In a tweet he wrote, “Single I am also so worried that you shared the responsibility of Eternal Sunshine Productions debut with me…that I will bite my nails till it is released. But I think we have a lovely film And ur soul and sunshine of all things darling.”