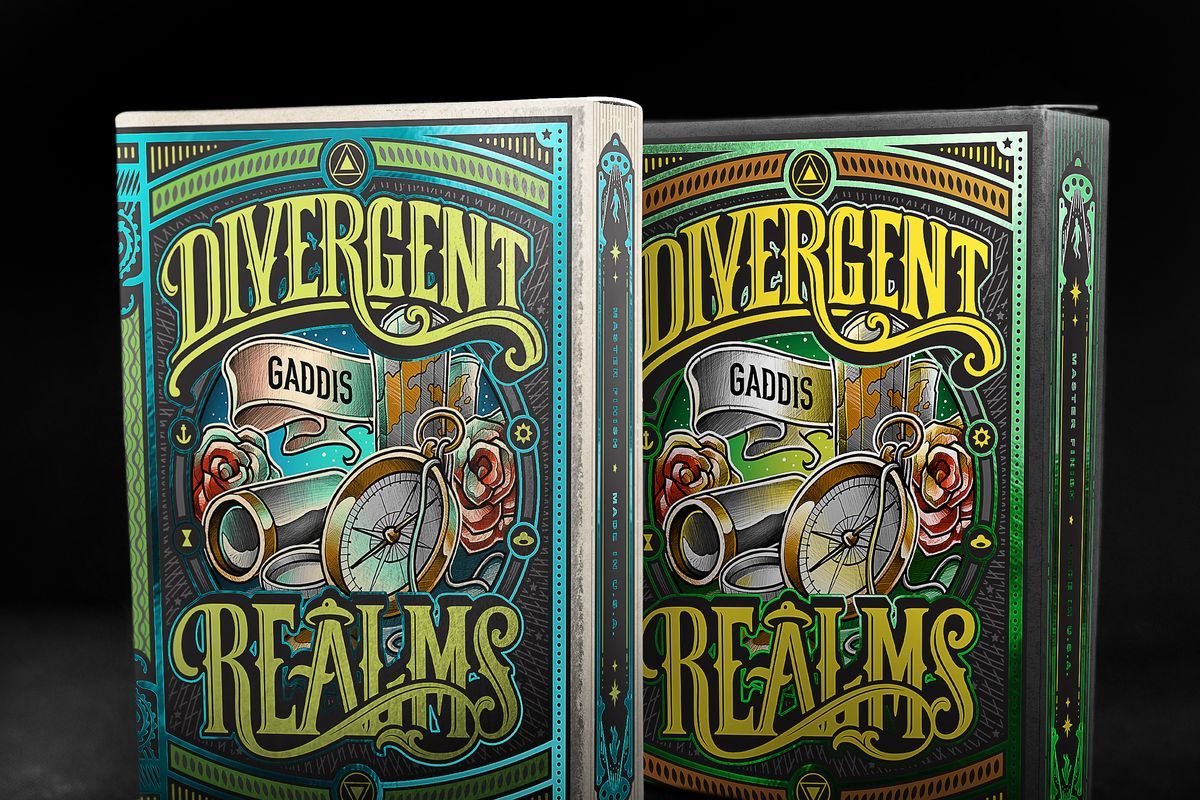 A little earlier than in previous years, The wait is over. Costa Pantazis brings us the third deck of the DIVERGENT REALMS series, a collection where imagination meets the extraordinary: DIVERGENT REALMS: VOL 3 – GADDIS.

From the passionate mind of Costa and the artistic talents of Charles Adi (Blackout Brother), this series is inspired by those who pushed the line between the known and the unexplained and became pioneers in fields related to mystery, pseudosciences, and the supernatural.

This third deck is dedicated to Vincent Gaddis, a mid-20th century American writer known for his stories about paranormal phenomena. Gaddis was the originator of the term “Bermuda Triangle” on the cover of Argosy (considered America’s first pulp magazine) in 1964. Gaddis’s stories have been highly controversial and widely criticized for their lack of rigor and alleged manipulation and deception, but the truth is that his mysteries about the Bermuda triangle or spontaneous combustion have been inexhaustible sources of inspiration for publications and filmography on strange phenomena along the years.

This relationship between Gaddis and the paranormal inspires the illustrations in the deck, in which the artist lets his imagination run wild to introduce us to a mysterious world. 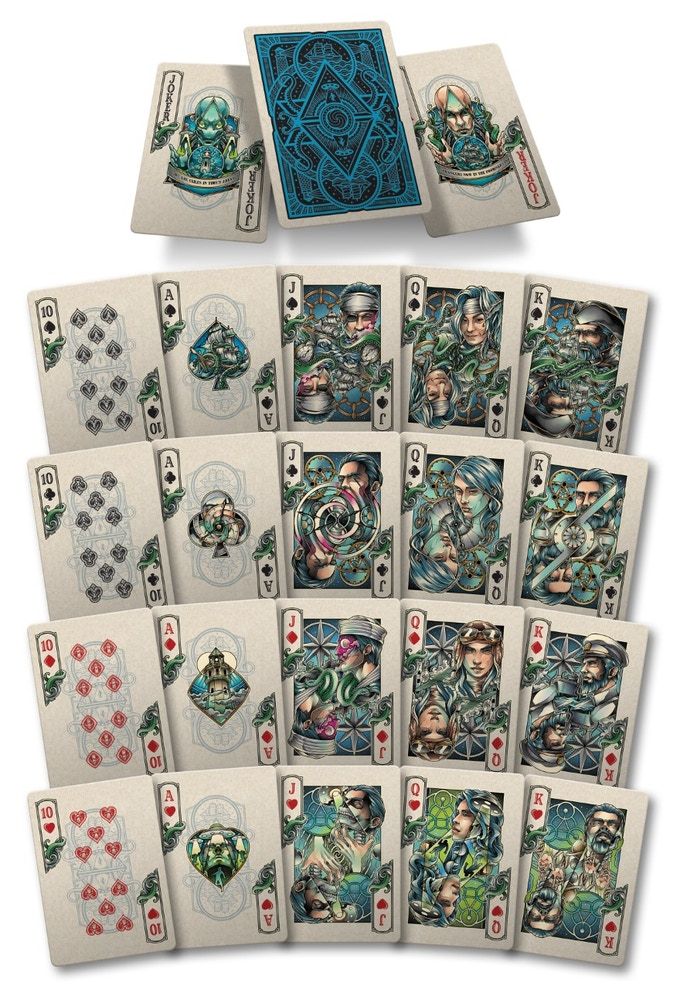 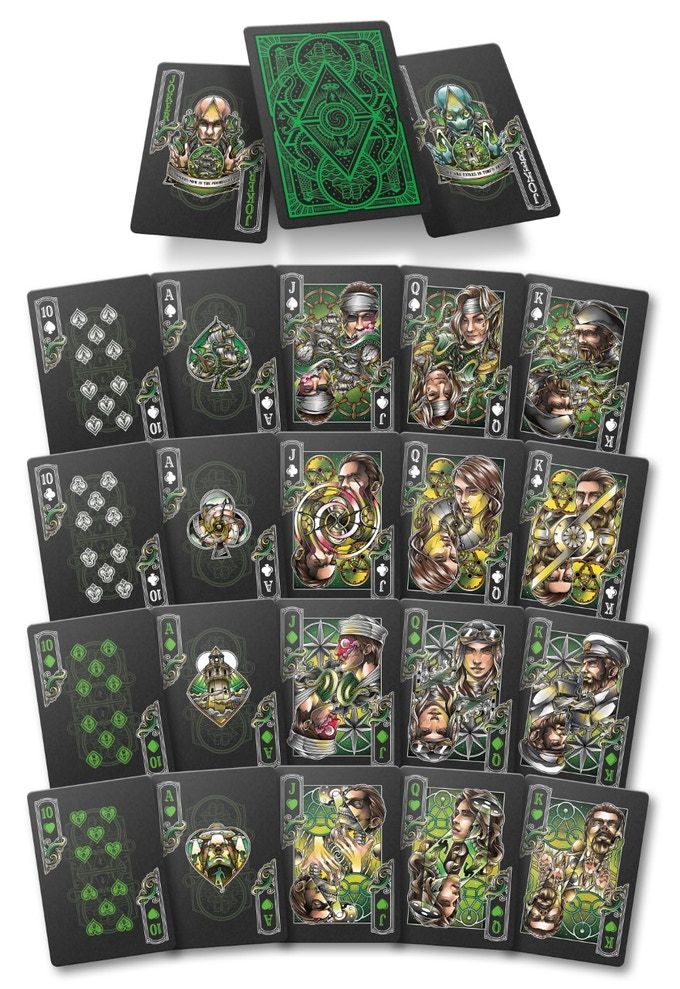 The artist’s style is reflected in cards with a strong symbolic charge, of which two versions have been made with the same graphics and different color combinations: Revealed and Concealed, in turquoise and emerald green respectively. The eye-catching tuck cases will be embellished with embossing, foils and inner printing. 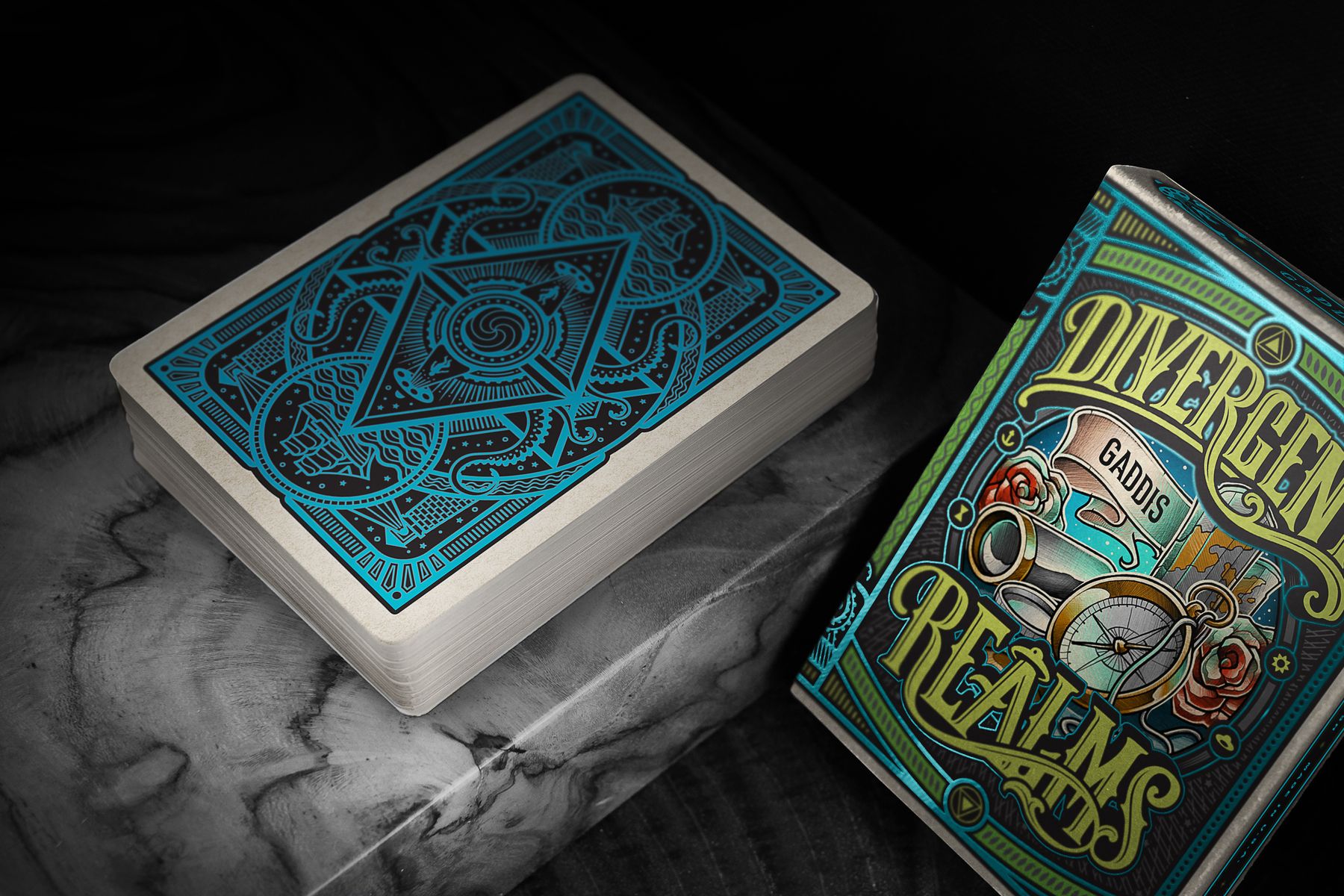 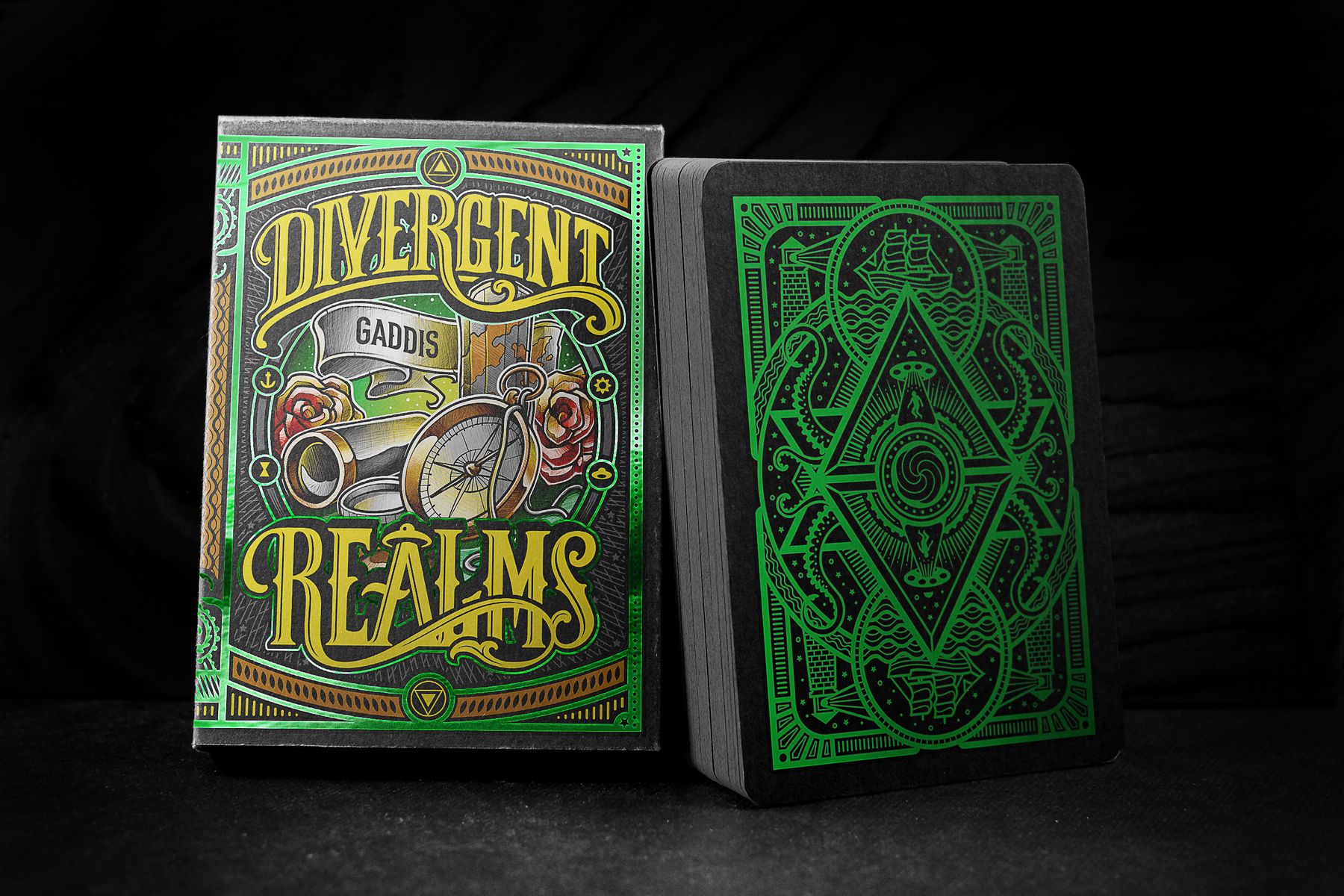 In addition to the two standard editions, two limited editions with turquoise and emerald green and gilding will be made. A unique collector’s item. 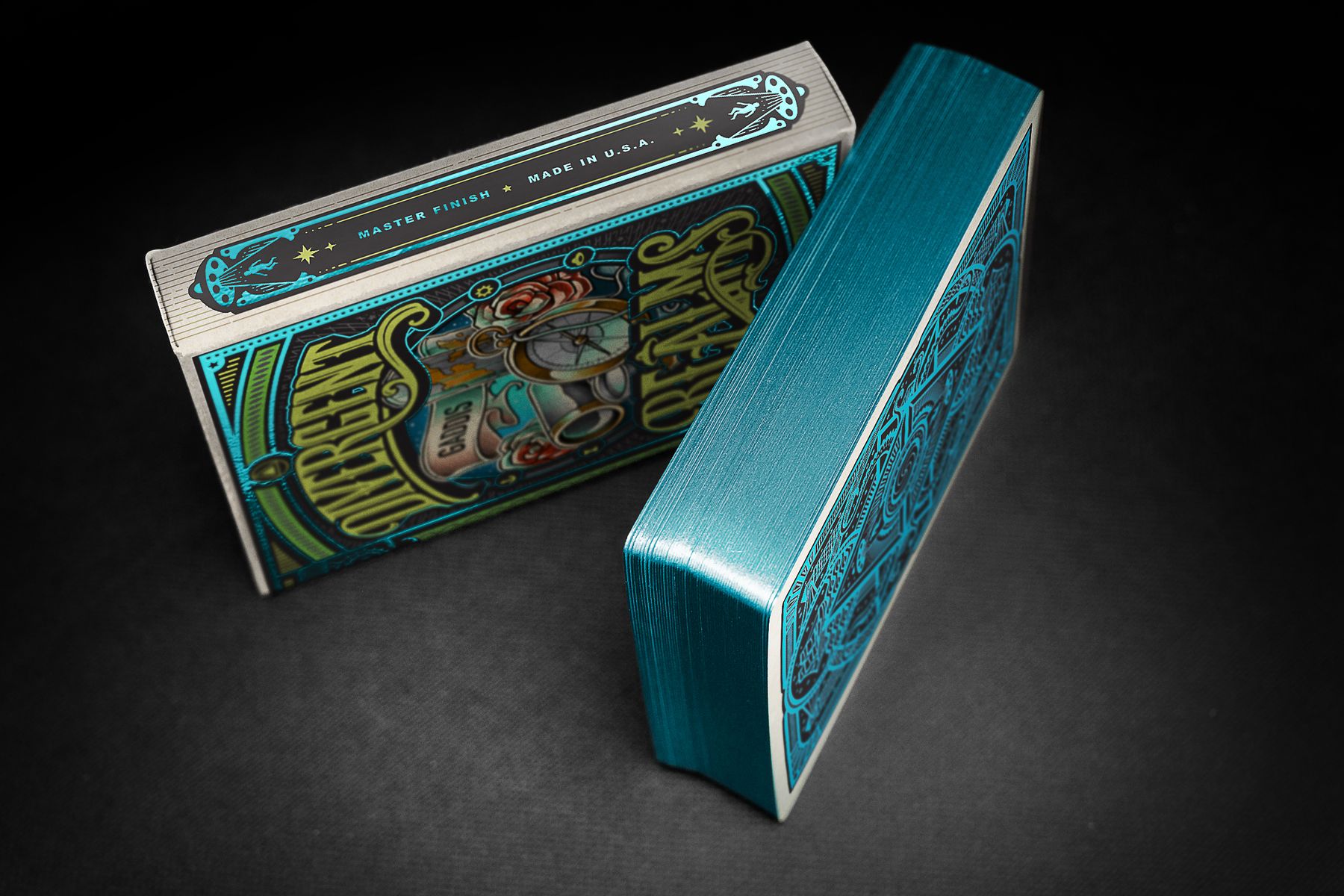 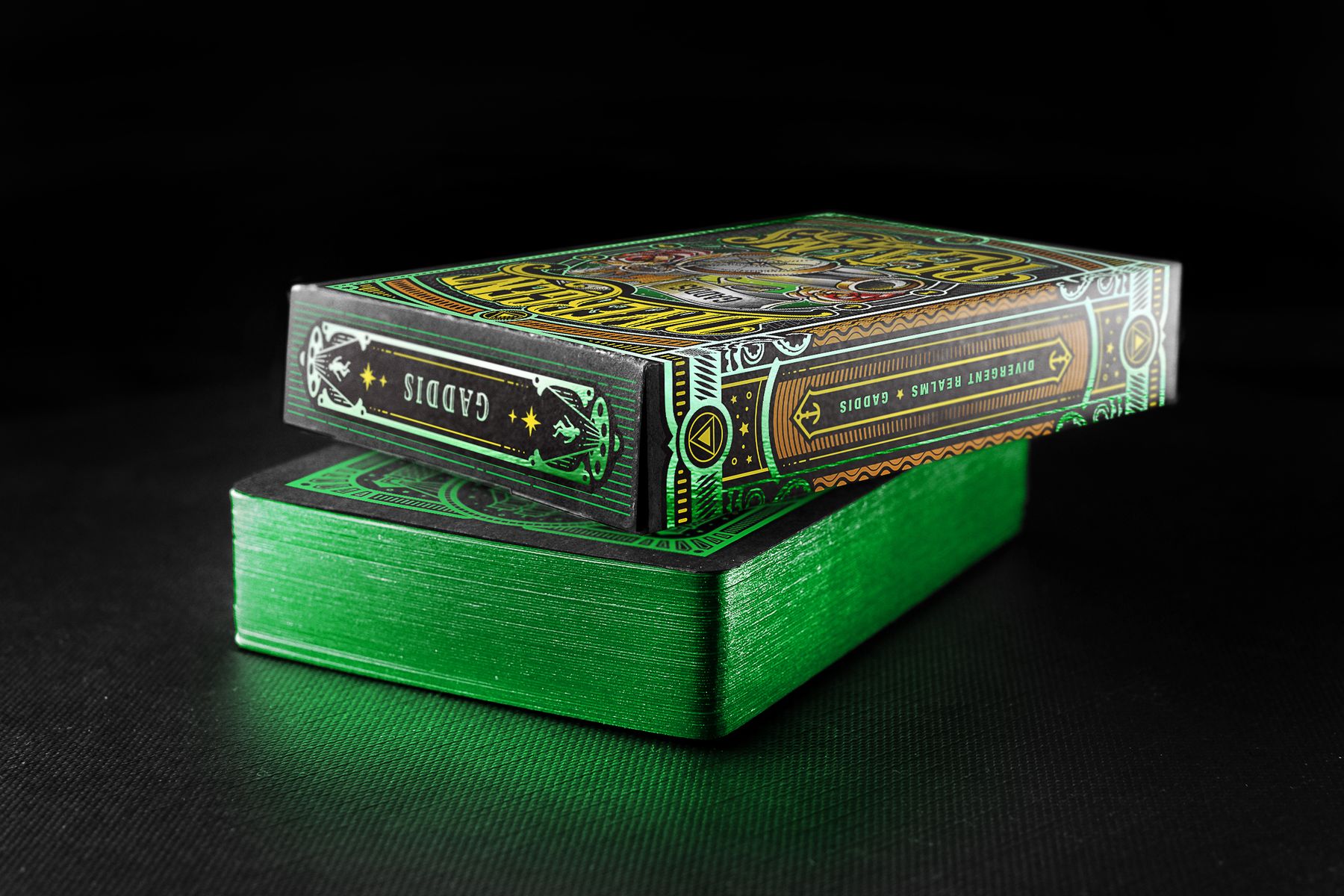 Printing will be done by the USPCC in limited and numbered print-runs. The creator ensures that the decks will be available exclusively during the campaign and will not be available in retailers later.

It is a unique deck collection, with original inspiration and impeccable graphic execution. If you want them, visit the project website and raise your pledge.

DIVERGENT REALMS Playing Cards Vol. 3: GADDIS. The third deck for a triangle in which you can get lost forever