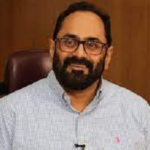 New DelhiTo enhance skill training in tribal communities for their inclusive and sustainable development, the National Skill Development Corporation (NSDC) in partnership with Sewa Bharti and Yuva Vikas Society today launched the second phase of the Rural Entrepreneur Project. Under this initiative, Prayas aims to multi-skill the youth of India and provide them with functional skills to enable livelihoods. The Prime Minister, Shri Narendra Modi has emphasized on inclusion of tribal communities in the workforce, ensuring their overall development and inclusion in their respective geographical areas.

The program was launched by the Union Minister of Tribal Affairs, Shri Arjun Munda, Shri Rajiv Chandrashekhar, Minister of State (MoS) for Skill Development and Entrepreneurship; and Electronics and IT virtually addressed the grand gathering, and Mr. Bishweshwar Tudu, MoS, Tribal Affairs and Jal Shakti inspired the audience with his encouraging words.

Rural Entrepreneur is a unique multi-skill project, funded by NSDC, which aims to train 450 tribal students in Madhya Pradesh and Jharkhand. The project is being implemented in six states- Maharashtra, Rajasthan, Chhattisgarh, Madhya Pradesh, Jharkhand and Gujarat. This concept was crystallized by MoS, Mr. Rajeev Chandrashekhar and Tribal MP.

Speaking on the occasion, Shri Arjun Munda said that our entire focus is on strengthening sustainable livelihoods for the tribal population and with this the Union Government has approved a budget of 85,000 crores. especially for tribal areas. There is also a dire need to increase ownership so that awareness is created about such schemes and initiatives. There is so much potential and potential in the tribal youth that all we have to do is to use their talent in the right place. He said that the Rural Entrepreneur Project would prove to be a game changer for the tribal communities of Jharkhand and would provide them the right opportunities to stand on their own feet. He urged the Gram Panchayats, Villages and Blocks to bring these initiatives for the progress of the youth.

Mr. Rajeev Chandrasekhar sAid that we recently celebrated the Amrit Festival of Independence to honor India’s rich past and commit ourselves to Amrit Kaal, a vision for a new India for twenty five years. This new India will bring new opportunities and better prospects for the youth of India. We all saw the challenges posed by COVID-19 but also experienced India’s victory over this dire situation and our efforts were recognized globally. Our Prime Minister, Shri Narendra Modi has emphasized that the road to Atmanirbhar Bharat will pass through Atmanirbhar villages, Atmanirbhar towns and Atmanirbhar districts. Therefore, our tribal communities take precedence in our efforts to further India’s economic development, he said. He expressed hope that the success achieved by the Rural Entrepreneurs Project in Madhya Pradesh will get the same response in Jharkhand as skill is the passport to prosperity in any field.

Shri Bishweshwar Tudu expressed that if we invest in the development of villages then a nation can develop if cities develop and cities develop. And a major component of this is to provide quality education to our tribal communities so that many possibilities are opened for their development. The Prime Minister, Shri Narendra Modi has also focused on inclusiveness, financial development of our tribal areas and of course, the Rural Entrepreneur Project will provide economic empowerment to our tribal population. He said that several schemes and pilot projects have also been launched to give impetus to India’s economic engine.

In the first phase of training, candidates were mobilized from rural and tribal areas of Maharashtra, Rajasthan, Chhattisgarh, Madhya Pradesh and Gujarat. Since the candidates were mobilized from rural areas, transport, boarding and accommodation were provided to the candidates so that they would not miss out on learning opportunity due to lack of resources. Training of 157 candidates started in seven batches in the month of May, 2022 at Bhopal, Madhya Pradesh and about 133 candidates completed the training successfully on 27th June.th, 2022. Phase-II of the pilot project launched in Ranchi today is being implemented by Yuva Vikas Society through Seva Bharti Kendra in Ranchi. NSDC under the aegis of MSDE has assisted in setting up of laboratories and classrooms through Sector Skill Councils (SSCs) at Sewa Bharti Kendra Skill Development Centre.

The training under the project will be conducted in the following job roles that are relevant to the local economy.

Rural Entrepreneur Scheme has been implemented under the MP Council Scheme. In January 2020, a two-day conference of Hon’ble Parliamentarians to discuss the upliftment of tribal communities was held in Mumbai in which various experts and government organizations shared their experiences. In addition, ST organizations called for ‘Parliamentary ST Cluster Development Project’, which has been taken up. Under which 49 groups in 15 states of India have been selected by 40 tribal MPs of Lok Sabha and Rajya Sabha. Under his leadership the scheme will be implemented in the respective clusters. A Development Associate is appointed by the MPs in each cluster.

The following objectives should be achieved under the project:

Due to lack of skills and education, the organized sector contributes little to tribal livelihoods as compared to the national average. Therefore, initiatives like Rural Entrepreneur Project are vital for their betterment and to ensure their livelihood generation.