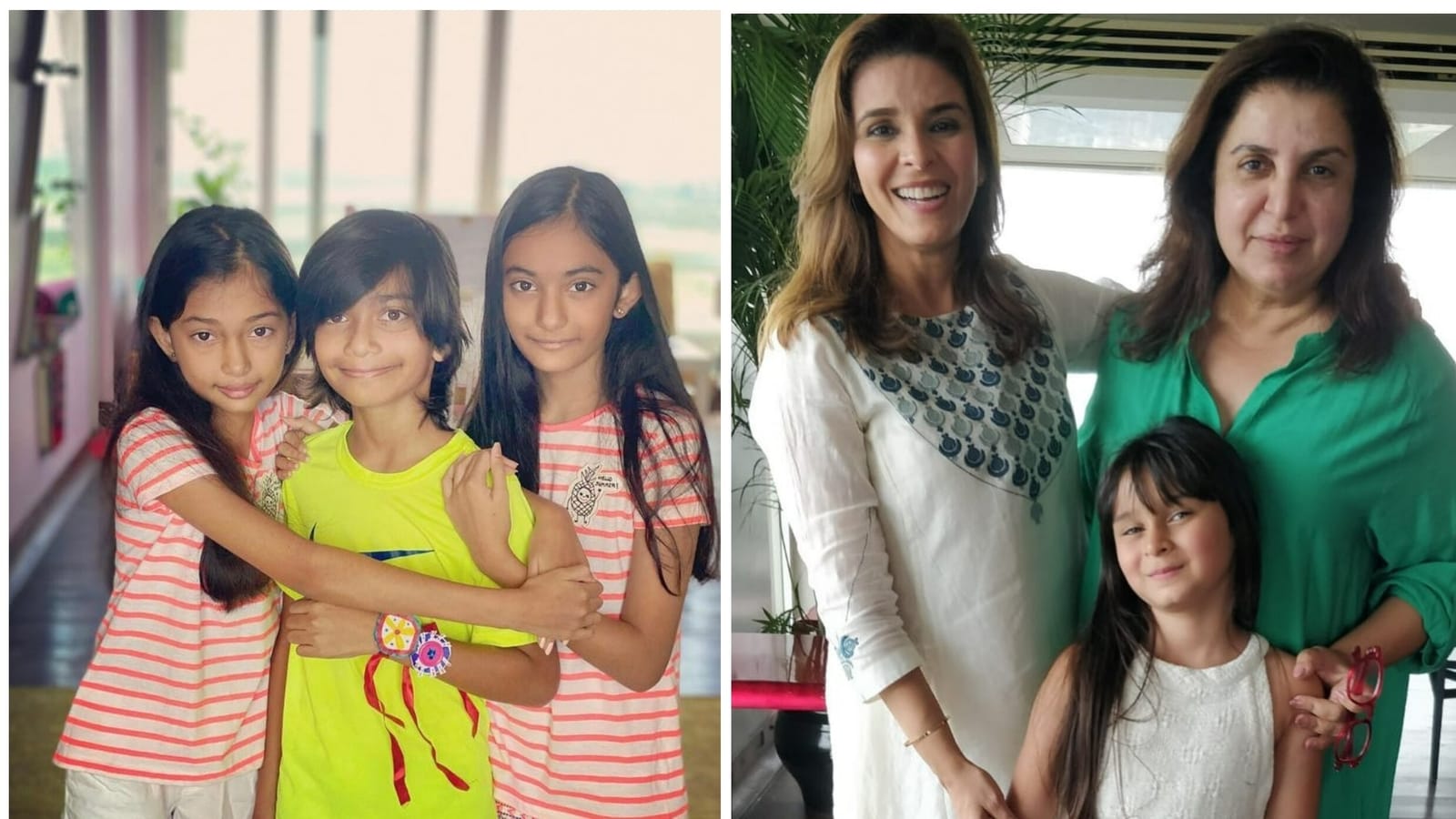 Singer Raageshwari Loomba recently met filmmaker Farah Khan during her visit to Mumbai. He shared a picture from their reunion on Instagram along with a letter of appreciation for Farah. He also told how his daughter Samaya has a crush on Farah’s son Jar. Read also: Farah Khan calls Karan Johar ‘versatile’

Sharing a picture of Farah and Samay on Instagram, Raageshwari wrote, “Today’s inspiration is my dear friend Farah. Everyone loves @farahkhankunder. it’s so true! His face brings such happiness. Because she treats her huge success with her razor-sharp sense of humour so lightly. She’s also such a generous, considerate and joyful friend.”

Praising Farah’s parenting skills, she said, “But beneath the mighty director and choreographer is an incredible mother. His wonderful children are witnesses. Farah is so authentic, funny and always caring with her kids. Neither TV nor any phone is lying around. Only great conversation at the lunch table. Her children Jar, Diva and Anya are well-bred, well-behaved and loving. (Bravo Farah and @shirishkunder).”

Raageshwari also told how her children are also friends. “Samaya has very little crush on Tsar (I don’t blame her). Has always had one over the years. It’s so amusing to watch her follow him while Tsar’s gentleman kindly pats his back for moving on. Farah and I always joke Let’s say her soft-spoken children are mine, while my high-spirited Samaya is hers. But the truth is that beneath Farah’s buoyant, powerful and passionate personality is a very mindful, intelligent and developed woman. From Farah and her incredible children Meeting is my Mumbai ritual. Laughing non-stop and being grateful for the little things in life,” she wrote.

Raageshwari rose to fame as a singer and gave some hit songs like Duniya, Pyaar Ka Rang, Osaka Muraiya and Dil Sheesha. He had also participated in Bigg Boss 5 and acted in a few movies and hosted TV shows. They married a London-based lawyer in 2014 and welcomed Samaya in 2016.