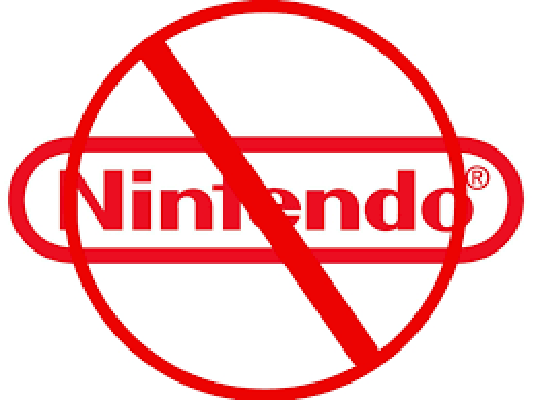 Nintendo has always ruled the handheld space. The original Game Boy was an unstoppable force. This is thanks in large part to Gunpei Yokoi, the guy who designed the hardware. He put portability over all else. It also helped that the launch lineup included Tetris which absolutely blew up. Nintendo also released a miriad of what I call ‘companion games’ to their console releases. These were original titles that used similar mechanics to the bigger releases, but in a more portable friendly format. There have however been a fair share of competitors. These were mostly failures in the market because manufacturers didn’t understand the market quite like Nintendo. With that said I thought it would be interesting to highlight the handhelds from companies other than Nintendo. Today we’re going to look at the top 10 non-Nintendo handheld consoles of all time. Let’s take a look!

I originally missed the train when it came to the N-Gage. Unfortunately it went up against the Game Boy Advance. The N-Gage may have been newer and shinier, but Nokia did not understand the market quite like Nintendo does. It was ahead of it’s time though as it tapped into Nokia’s expertise and functioned as a cell phone that played games. Unfortunately it was an awkward phone, and a mostly bad game system. The highlight was it’s ability to play 3D titles. Companies ported a few PS1 titles to it like Tomb Raider and Tony Hawk Pro Skater. These were very impressive but thanks to the odd control layout were not very fun to play. Still, there are some neat exclusives here. There’s an exclusive Elder Scrolls title for the platform, and even an MMORPG. The N-Gage had a small library, but it’s mildly fun to mess with today.

There was so much promise behind this platform. The Sony PSP was a huge hit worldwide and the first real contender to Nintendo’s throne. Unfortunately it never felt like Sony really cared. It was a success in spite of Sony and not because of them. This holds even more true for the Vita. This was announced after the Nintendo 3DS and had better graphics (including an HD OLED display), a similar price point, and an amazing form factor. The problem? Sony didn’t care about it. They released only a handful of worthwhile first party titles, and third parties basically carried it. Sony also required expensive proprietary memory cards to even use the thing. The 3DS absolutely thrashed it worldwide and developers eventually left the platform. Sony did little to stop this. It’s still one of the best non-Nintendo handhelds but mostly as an indie device.

SNK has always been best known for their arcade titles. They released the Neo Geo to the console market, but this was just to allow arcade perfect releases in the home. It was priced way out of competitive ranges. That’s why the Neo Geo Pocket is interesting. This was SNK’s first real attempt to overtake the home hardware market. They took notes from Nintendo and didn’t try anything too fancy. The display is black and white, and lacks a backlight. Instead they focused on the games, and the original Neo Geo Pocket has a fantastic lineup of titles. SNK brought over downports of their best arcade hits, and these are surprisingly good. That means there’s a lot of fighting games and run-and-guns, but that wasn’t enough to overtake the market. This edition wasn’t even released outside of Japan. Still, it has an amazing library and fantastic controls.

Next to Nintendo, Sega, and Sony, Atari is the most well known company in the video game industry. Nintendo overtook them in the home console space and so Atari released the Lynx to compete with the Game Boy. It was an 8-bit system with significantly more powerful hardware than what the house of Mario put out. In addition the games were in color, and the screen was backlit. So where did Atari go wrong? This thing was bulky, and ate batteries like Pac-Man eats pellets. I absolutely love the fact that it can be played both horizontally and vertically, but it’s pretty unwieldly to hold. Atari released their best titles for it, and some third parties even supported it well. The library is pretty decent, but the screen is hard to see and you’re going to need to plug it in due to the amount of batteries it needs.

NEC was the first company that was really able to compete with Nintendo in Japan. Their PC-Engine console took the market by storm and is easily one of the best of all time. NEC struggled with the North American market however. They released the system as the Turbografx-16 and it never really gained a foothold. The PC-Engine had a huge library of amazing games. The Turbografx? Not quite so much. The TurboExpress was released as a handheld version of their home console. This was console quality games in the palm of your hand. At the time of release it was one of the most technically impressive portables. Unfortunately it was expensive with the powerful hardware and backlit screen. The English library is lacking, but has a ton of great shooters. It had no exclusive games, and just plays Turbografx titles. Still, I love the platform.

SNK released this iteration of the Neo Geo Pocket worldwide unlike the original. It could play both titles for the original platform, as well as colorized releases. As with the first iteration SNK focused on their library of fighters and run and guns. This came out at a time when fighting games weren’t big in the handheld space. Ports to the Game Boy were largely choppy and horrible. Fighters on the Neo Geo Pocket Color however were incredible. It also helped that it has an amazing control set-up. Instead of a directional pad there’s a clicky sort of joystick nub that I still wish would be replicated. This system had the unfortunately luck of releasing around the time of Pokemon and so it was quickly forgotten. It’s sad because there are some great fighters for the platform, and it didn’t eat batteries like so many other Nintendo competitors.

The most interesting thing about this handheld is that it was designed by Gunpei Yokoi. Yes, the same guy who made the Game Boy. He left Nintendo after the Virtual Boy flopped but brought his expertise to Bandai. This means it had all the strengths of the original Game Boy, but was much more powerful. The Wonderswan color had amazing battery life, and a library filled with handheld centric releases. Squaresoft even threw support behind the platform with ports of their Final Fantasy series. The platform also had support from the likes of Sega, Namco, etc. It failed because Nintendo was unstoppable at the time. Had it been released earlier the WonderSwan could easily have overtaken the market in my opinion. Rest in peace Gunpei Yokoi.

Sega was the first company to really overtake Nintendo. There was some crazy competition in the 90s between the two companies. Sega tried their hand at the handheld market, and they were in their prime. Unfortunately the Game Gear suffers from the same thing other competing hardware did at the time. It was too powerful and drained batteries. The backlit screen, and Master System based hardware ran circles around the Game Boy. Unfortunately it ate batteries like they were going out of style. Still, Sega found some success and supported the Game Gear in some very serious ways. Master System/Genesis ports were in abundance as were original releases. The Game Gear was the first major competitor to the Game Boy and some still swear it’s better.

One of my best friends (even to this day) got the Nomad near it’s original release. I was absolutely blown away. The Sega Nomad was literally a portable Sega Genesis. What’s more is it had a controller port built in for two player action, and could be plugged into a TV as well. I actually bought one of these systems (and modded the screen) to play through Phantasy Star II several years back. Because it plays Sega Genesis titles the system had a huge and incredible library right out of the gate. Unfortunately the Nomad suffers from typical overpowered handheld issues at the time. The display was bad, it was a huge and bulky portable, and it ate batteries even faster than the Game Gear. Just make sure to plug the Nomad in, or mod it to use a rechargeable battery.

If you were a gamer in the early 2000s you were probably convinced that Sony was going to overthrow Nintendo in the portable market. Sony was poised to make serious waves with the PSP, until of course the Nintendo DS was announced. It’s undeniable that the handheld was desirable, and Sony was avoiding a lot of problems a lot of the prior competitors suffered from. This was an affordable system that could play near perfect console titles. Third party support was huge. You had iterations of all the biggest titles on this platform. I absolutely love the PSP because role playing games are my favorite genre. It’s clear to see why Sony didn’t overtake the market however. Nintendo still understood the portable market better than anyone else. The PSP however is still worth owning.