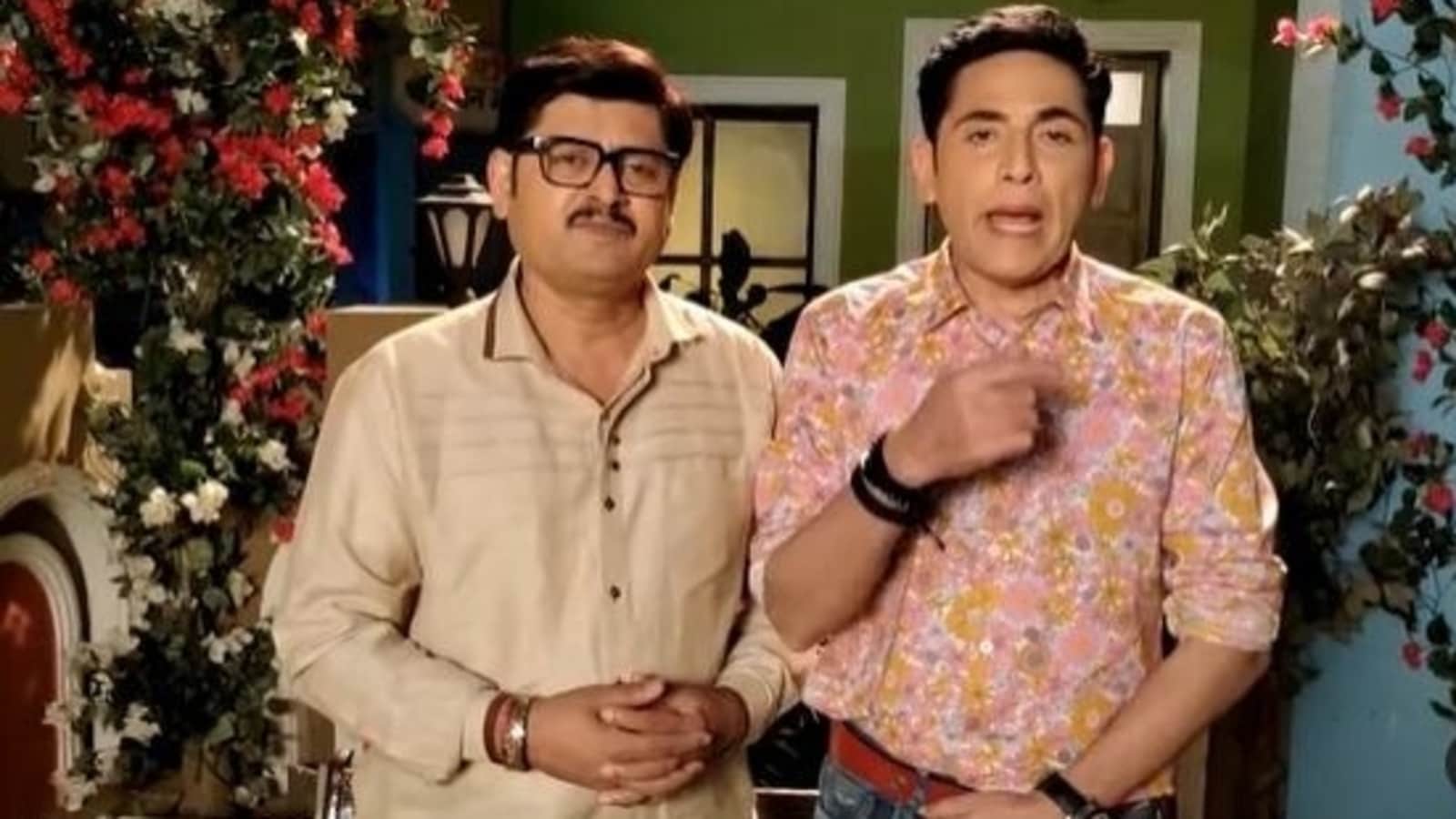 Bhabhiji Ghar Par Hai actors Asif Shaikh and Rohitashva Gaur have warned fans of the show against fraudulent elements who may have cheated them in the name of charity for the family of late actor Dipesh Bhan. Dipesh played the role of Malkhan Singh in the popular comedy show. He died on 23 July due to a fall while playing cricket. ,ALSO READ: Asif Sheikh reveals Bhabiji Ghar Pe Hai actor Dipesh Bhan died of brain hemorrhage,

Posting a video with a warning, Asif and Rohitashwa have shared the correct link for the fundraiser, which was originally started by ex-Bhabhiji Ghar Par Hain Acrore.

Asif said, “Deepesh Bhan, who played the very important role of Malkhan in Bhabhiji Ghar Par Hain, died suddenly, and his family consists of his wife and an 18-month-old child. Since they did not have much financial support. And his had a home loan value 50 lakhs.” Rohitashwa said, “Our aim is just to free the family from the burden of home loan and have started a fundraiser for this purpose. The sad part is that some people created fake IDs (for similar fundraisers) and this led to confusion. A lot of people are donating those fake IDs.”

Asif then added, “So, we have shared the correct link in this post, and our stories. Please, donate on these links alone.” Rohitashv said that the team of Bhabhiji Ghar Par Hain is grateful to all those who have donated for this.

Last week, Saumya Tandon launched the initiative to help Dipesh Bhan’s family repay the home loan. He said in a video, “Deepesh Bhan is no more with us but his memories are still with us. He was a talkative person and often talked about his house, which he bought after taking a home loan for his family. Was. They got it. Married and have a son too, but then he left us. Now, we can repay him by giving his house back to his son.”