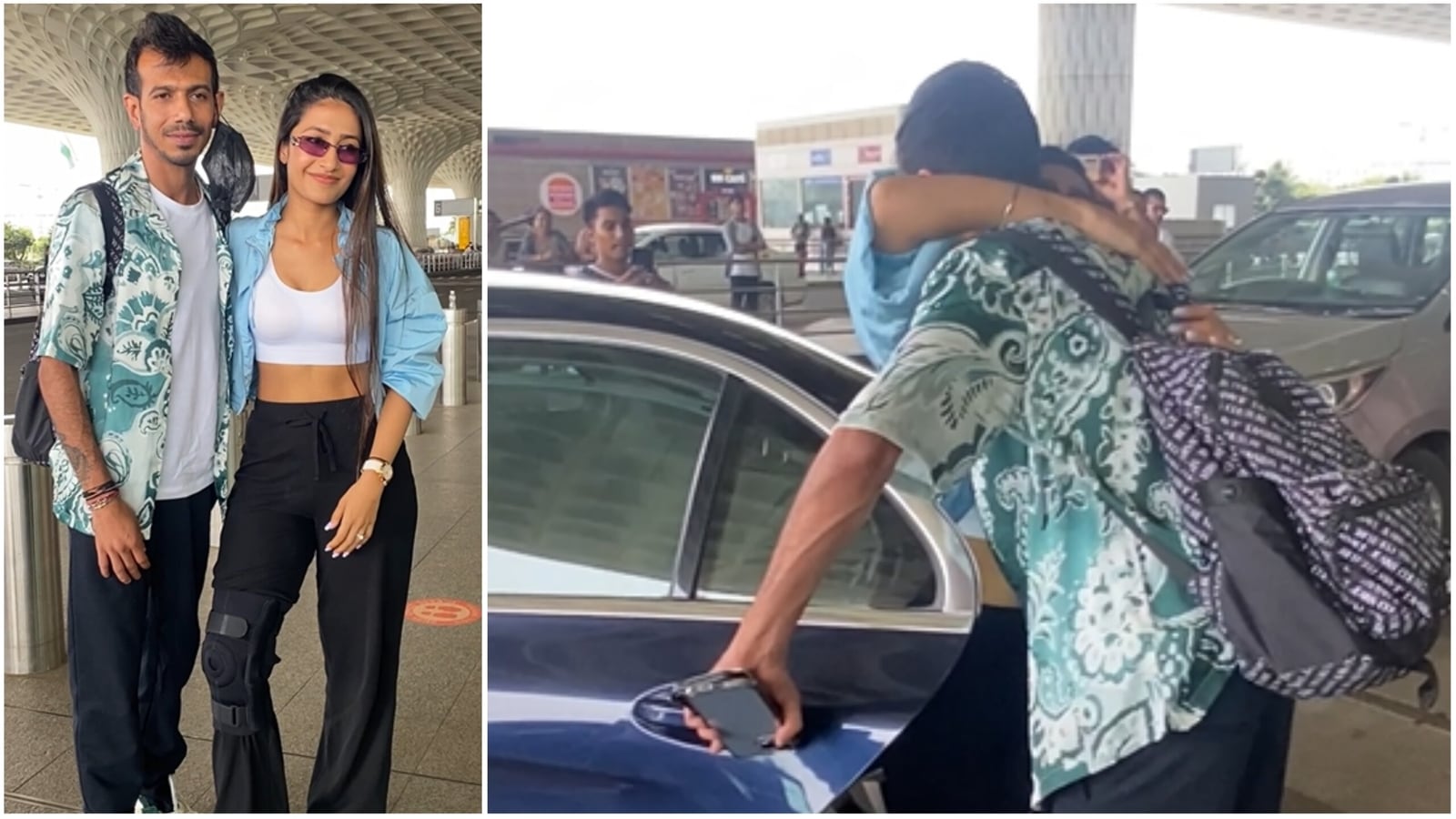 Dhanashree Verma was seen leaving her husband Yuzvendra Chahal at the Mumbai airport on Tuesday. The couple, recently battling divorce rumours, posed for the paparazzi holding hands. Recently Dhanashree also held her husband as he was lame due to a knee injury. Read also| Dhanashree Varma announces that she has left for ‘MICA’ for a month, Yuzvendra celebrates

As they reached the airport, Yuzvendra Chahal first got out of his car and then went to the other side to hold the car door for his wife. Dhanashree, who was spotted wearing a knee brace, took the cricketer’s help to get out of the car and walk. In a video shared on Instagram by a paparazzo account, the two were seen holding each other smiling for the cameras.

She also posed for pictures with fans before Dhanashree returned to the car. Yuzvendra hugged her and helped her to sit in her seat before heading back towards the airport. Fans wished Dhanashree a speedy recovery in the comment section. One commented, “Dhanshree has undergone knee surgery.. leave some positive comments.” Another wrote for the couple, “Be happy guys.” A third wrote, “God bless you both.”

Dhanashree had recently shared that she would undergo knee surgery as she denied rumors of her and Yuzvendra separating in a social media post. She wrote on Sunday alongside a series of sunkissed selfies, “During the dance (my last reel) I completely lost confidence due to my knee injury and I tore my ACL ligament… but I What I have received is the support of my loved ones including my husband, my family and my close friends. As recommended by the doctors, if I want to dance again in life, I will have surgery.”

In the post, Dhanashree also reacted to the rumors of a rift between him and Yuzvendra, which started after he removed his last name from his name on Instagram. She wrote, “I won’t let this hurt or any baseless rumours get away from me… Spread the joy and happiness and ignore everything else.”