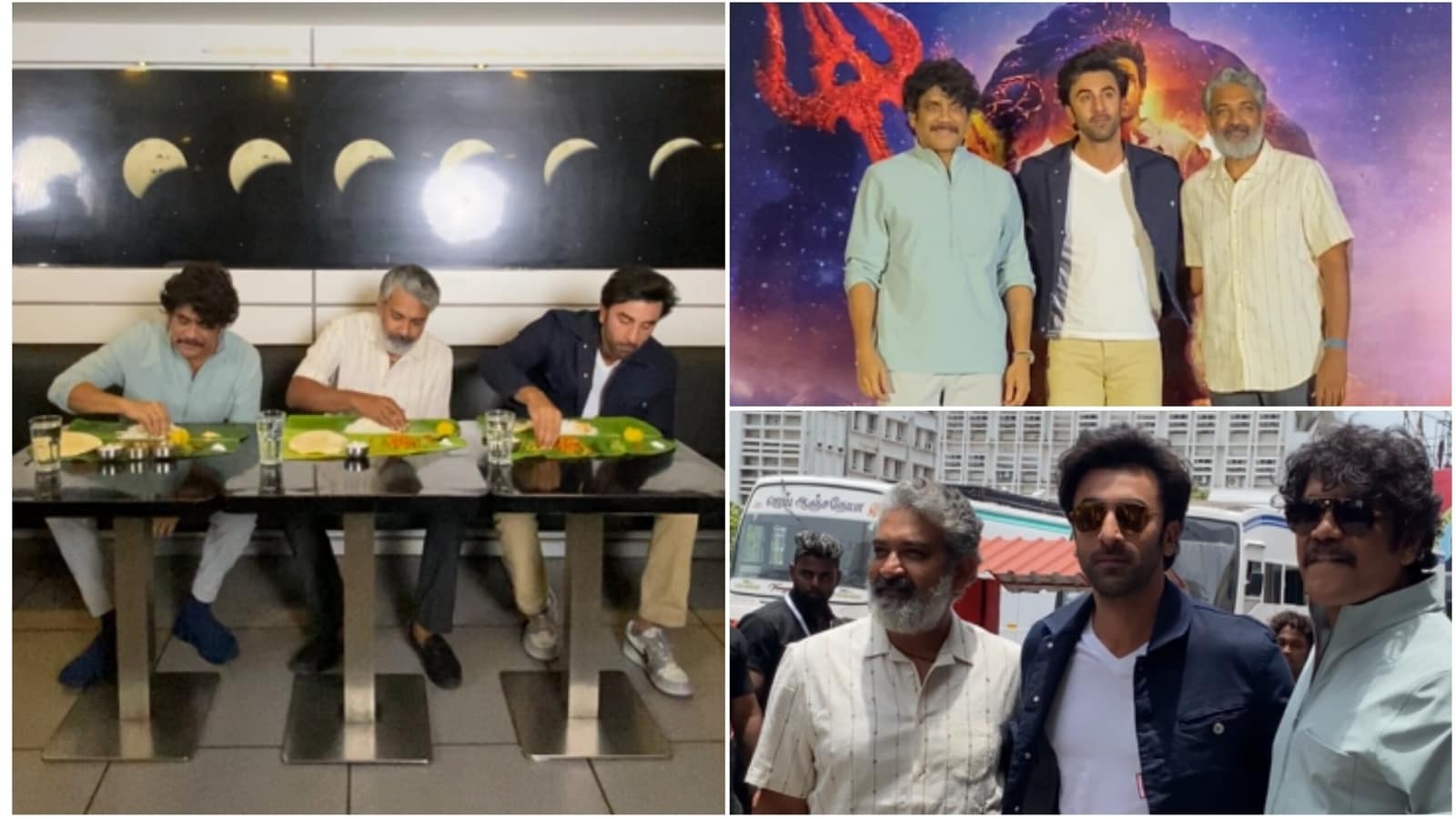 Nagarjuna and SS Rajamouli were also joined by Ranbir Kapoor as he arrived in Chennai to promote his upcoming film Brahmastra. As soon as they arrived at the promotional event, the trio was greeted with a big band playing drums. They posed for pictures together and also had South Indian food before heading to the main event. Read also| Shah Rukh Khan’s first look as Vanarastra in Brahmastra leaked; fans reaction

In a video shared by a paparazzo account, Ranbir was seen eating South Indian food on a banana leaf in the traditional way. SS Rajamouli and Nagarjuna were sitting next to him. As soon as they reached the main event, the three also posed on the stage together. While Ranbir plays the lead role in Brahmastra, Nagarjuna plays a pivotal role of an archaeologist. SS Rajamouli is presenting the film in all southern languages ​​including Telugu, Tamil, Kannada and Malayalam.

Nagarjuna has returned to Hindi cinema with Brahmastra after a long gap of almost two decades. The actor had earlier shared that he was initially skeptical about appearing in the film. He told Bollywood Hungama earlier this year, “I was a bit apprehensive about doing it initially but then Ayan came home and presented it to me. I said ‘I just don’t want to do a cameo. It doesn’t matter now’. But when he presented it to me, the whole script, it was amazing, it was fantastic- his vision of the script and the passion he was putting into it. By then he had shot a little of it. He showed me, all that. And I immediately said ‘yes’, after that I didn’t even hesitate.”

Directed by Ayan Mukerji, the film also marks Ranbir’s first film with wife Alia Bhatt. The film, which also stars Amitabh Bachchan and Mouni Roy in pivotal roles, is scheduled to hit the theaters on September 9.