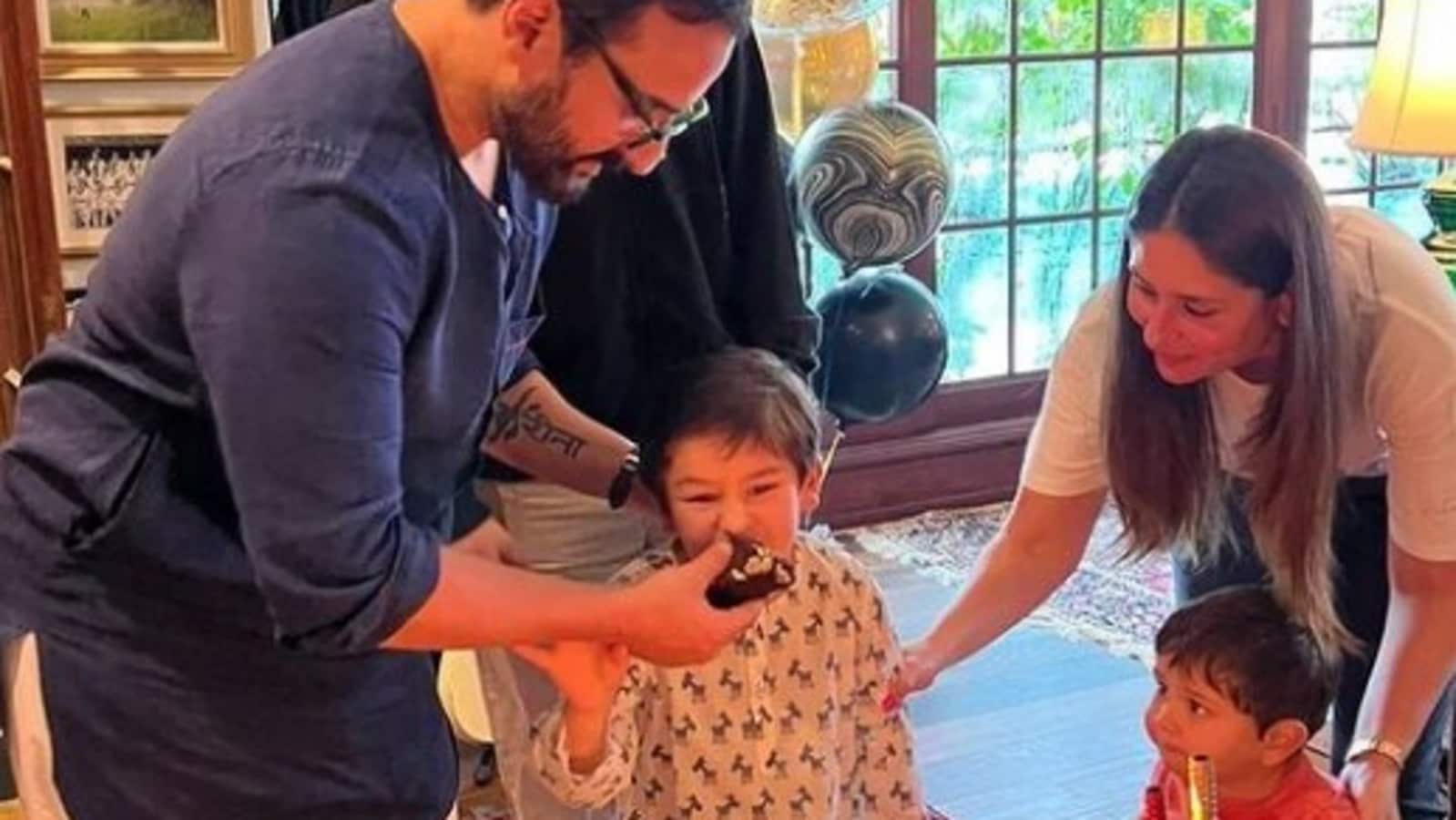 Saba Ali Khan on Wednesday shared a new picture from the birthday celebrations on her Instagram account and shared a note on how the cake cutting ceremony ended. The post included two pictures shared earlier on Instagram by Soha Ali Khan and her husband Kunal Khemu. The last picture was a candid picture of Saif feeding Taimur a cake.

The picture also featured younger Jeh Ali Khan, who was completely focused on the cake that his father was feeding his elder brother. Kareena was holding her two sons and Ibrahim Ali Khan was also standing behind Taimur in the picture. Responding to Jeh’s gesture in the picture, a fan wrote, “He wants to eat it.” Another commented, “Very cute picture.”

In the caption, Saba shared the story behind the picture. He wrote, “August 16…unfinished saga. Do you know….? The cake was burnt…the cake was cut, but who ate it?? Ah! the last picture! Actually… to all of us Have to feed the birthday boy! Instead he really bites us!! His end.” She ended the note by writing that she remembered Sara Ali Khan, who could not attend her father’s birthday party.

Kareena had earlier shared a picture from the party which showed Saif posing with Ibrahim, Taimur and Jeh. She captioned it, “Can you find a better looking gang of boys? #saifu @iak, tim and jeh baba.”

Saif will next be seen in Vikram Vedha alongside Hrithik Roshan, Radhika Apte and Rohit Saraf. The teaser of the film was released on Wednesday and he was seen fighting with Hrithik’s gangster character Vedha as cop Vikram. The film, directed by Pushkar and Gayatri, is slated to hit the theaters on 30 September.