Skip to content
The makers of ‘Vikram Vedha’ released the trailer of the film on the internet on Wednesday. The action-packed trailer featuring lead stars Hrithik Roshan and Saif Ali Khan was a visual treat for the netizens. The film also stars Radhika Apte as Saif’s girlfriend.

The long run of 1 minute 46 seconds consisted of high-on emotional drama with massive action sequences and very catchy background music. Overall, the teaser promises Vikram Vedha to be a complete entertainment package. Soon, fans went gaga over Saif’s raw avatar in the film. One user wrote, “Saif didn’t have a single dialogue but damn those raw and powerful emotions,” while another said, “Saif Ali Khan never fails to impress us! The dashing and smart cop in the film They’re looking!”

See what others wrote about Saif: 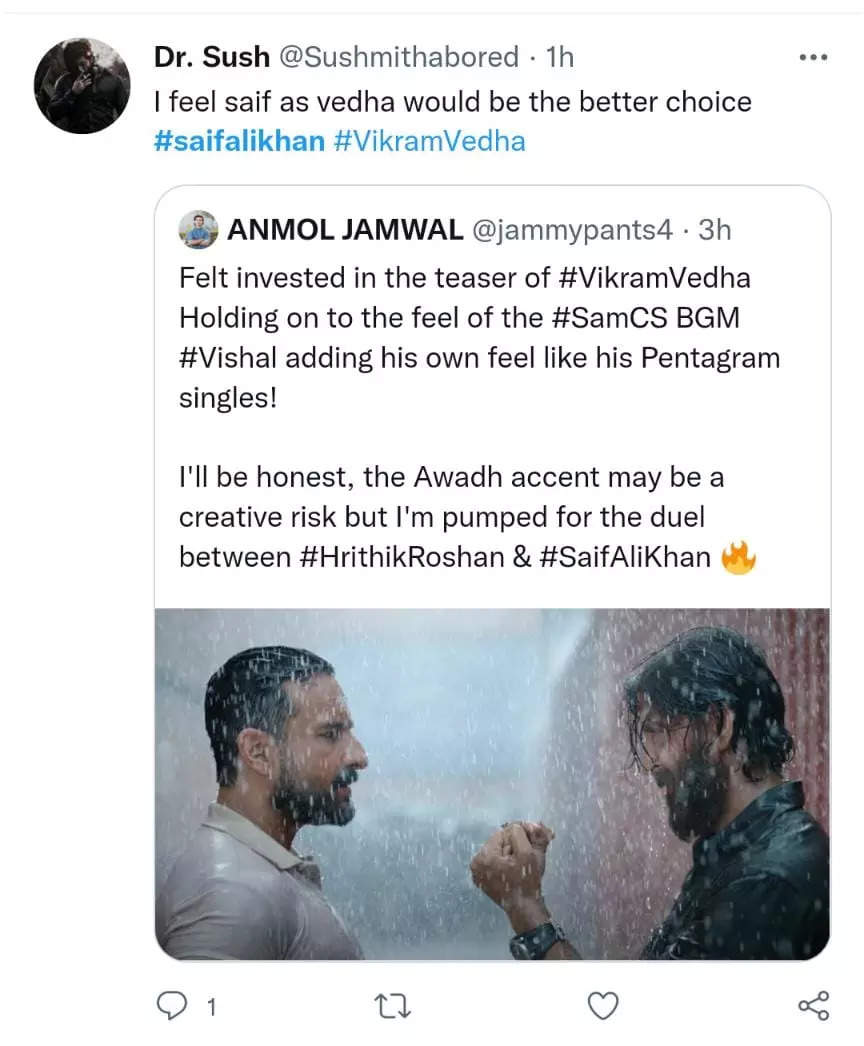 ‘Vikram Vedha’ is the official Hindi remake of a Tamil film of the same title, starring R Madhavan and Vijay Sethupathi in the lead roles.

Helmed by the director duo Pushkar and Gayatri, the film is all set to hit the theaters on September 30, 2022.