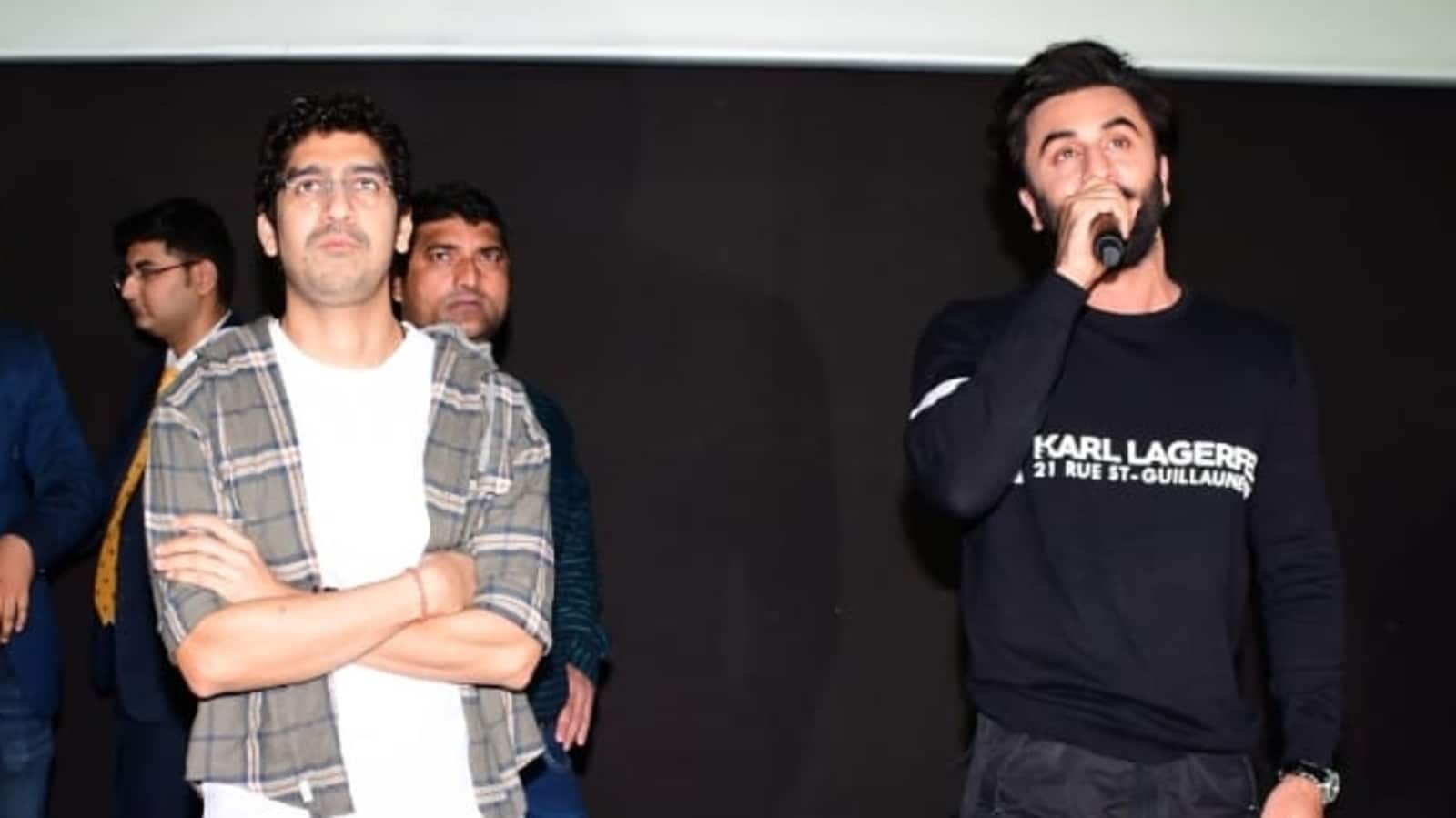 Ranbir Kapoor met his fans at the screening of Brahmastra on the occasion of National Cinema Day on Friday. The actor, who accompanied director Ayan Mukerji to a theater in Mumbai, interacted with fans and talked to them about his film. He also requested fans to support cinema and support Hrithik Roshan and Saif Ali Khan’s upcoming film Vikram Vedha, which will release next week. Read also| Ranbir Kapoor ran to help the fans as soon as he fell on the barricades!

Ranbir Kapoor took the mic and supported Vikram Vedha after the audience watched a Brahmastra show. The action thriller, scheduled for theatrical release on September 30, stars Hrithik Roshan and Saif Ali Khan, besides Radhike Apte and Rohit Saraf. The Pushkar-Gayathi directorial is a remake of his 2017 Tamil film of the same name.

As per a video shared by Pinkvilla, Ranbir told fans at the screening, “We will make part 2 and part 3 of the film (Brahmastra) for you very soon. Till then please keep supporting cinema. Very good next week too.” The film is coming— Vikram Vedha, support that too. Thank you very much.”

Ranbir also sought feedback from the audience regarding the fantasy drama during his speech. He asked, “How did you like the picture? Was it okay)?” to applause from the audience. He added, “Thank you very much. It is a very historic day for Hindi cinema. It is National Cinema Day, and we thank you for showing so much love to the film.” Ayan Mukerji also spoke to the audience, and both were glad to know that many fans were there to watch the film for a second or third time.

Ranbir shook hands with fans, clicked pictures with them and also interacted with a young fan. There was also a minor accident when a group of excited fans fell on the barricade as they tried to click a selfie with the actor, and he ran to help them get up.

Ticket prices were reduced in most major theaters and cinema chains in the country To celebrate National Cinema Day across India on 75th September. Brahmastra broke its personal record for the most advance bookings for a day after the low price, and also broke the advance booking record for any day outside the film’s opening weekend.

Brahmastra Part 1: Siva, which is the first of the trilogy planned by Ayaan, released in theaters on September 9 and is doing well at the box office. The film stars Alia Bhatt and Mouni Roy, Shah Rukh Khan, Amitabh Bachchan and Nagarjuna in addition to extended cameos and Deepika Padukone and Dimple Kapadia in guest appearances.