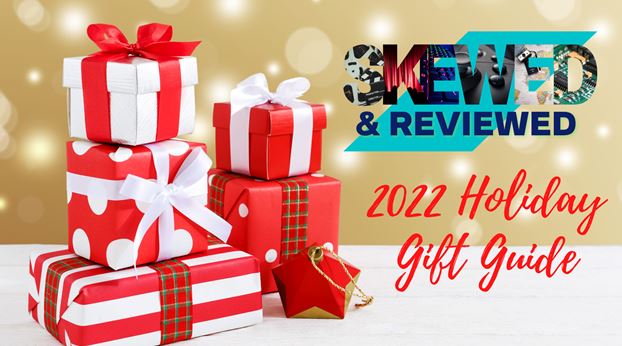 Our 2022 Holiday Gift Guide Is Here! Check back often as it will be updated through the end of the year.

Click on the name to go to the product page for more information and be sure to check out the pending radio, magazine and skewedcast editions coming soon.

Gareth Syndicated film and sports critic, writer, author and frequent radio guest. His work has appeared in over 60 publications worldwide and he is the creator of the growing entertainment site and publication “Skewed and Reviewed”. He has three books of film, sports reviews and interviews published and is a well-received and sought-after speaker on the convention circuit. Gareth has appeared in films and is a regular guest on a top rated Seattle morning show. He has also appeared briefly in films such as “Prefountain”, “Postal”. “quite apart”. and others. Gareth is also a sought-after speaker at many conferences and has conducted popular panels for over two decades.

No related posts were found!